OnTheBallCityNCFC
7 years
Fantastic start. Llorente is firing them in! Keep it up!
Login to Quote

Llorente has been in great form! Hopefully we keep this up!
Login to Quote 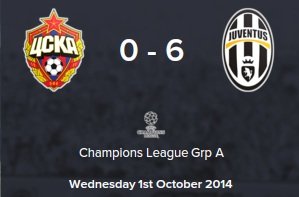 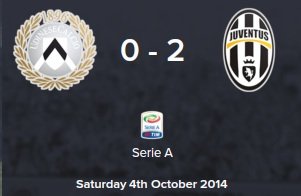 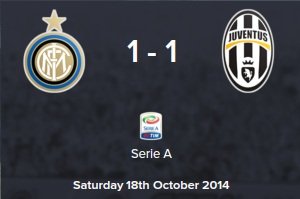 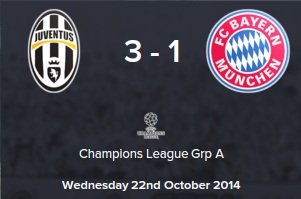 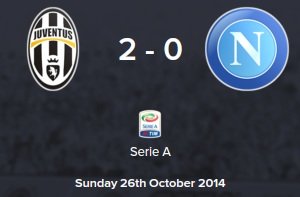 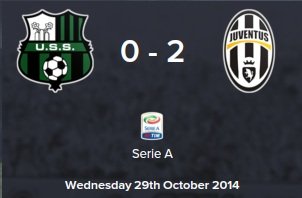 
League Table
Top of the Table: 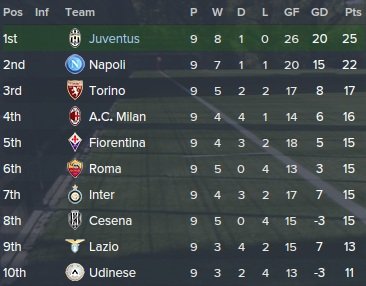 Bottom of the Table: 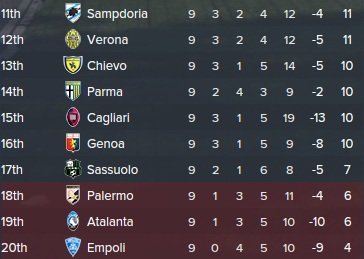 On the Month
THIS MONTH WAS AMAZING. We are rampaging in Europe, beating CSKA 6-0 and then beating Bayern 3-1, who are without a doubt one of the strongest teams in Europe. Domestically too, we have been amazing and saw away the challenge of Napoli, which means we are ahead of Napoli by 3 points, with a match against Palermo up next. Girogio Chiellini is our player of the month without a doubt, he has handled the defence and made it the rock it is. Whether it was tackling the hell out of Robben and Ribery or soaring above everyone and heading the ball into the net, he has done it all, and on a consistent basis! Chiellini has started the season on an impressive note and has shored up the defence which is one of the reasons we are flying high.

Tallery
7 years
Very nice month! Can I see Coman please - and how do you play him?
Login to Quote

You are reading "Juventus: Reviving the Old Lady".