News comes to as a complete shock as Rangers prepare for the upcoming season since their promotion back into the Premier League. Redknapp becomes the first manager to leave his post this season and surely will not be the last.

Reasons are yet to be confirmed for Redknapp’s departure, but early speculation suggests that Harry Redknapp is on the verge of announcing his retirement from management and is too join Sky Sports. A massive deal that will see him team up with Sky Sport’s Jim White for transfer window specials.

Harry did not even get the chance to take the first training session of the season, as the players reported for training earlier this week, Redknapp and owner Tony Fernandes were in constant meetings over his job and future.

Contenders to take over from Harry Redknapp are short, this is because Tony Fernandes confirmed to Sky Sports earlier today that a replacement had already been identified. He did not give any names away. This is what we managed to get out of Harry, when we caught up with him.

“It has come out of nowhere really for me. I know for one thing, Sandra will be delighted! Look, the club is in great hands. The new manager will be fine, he’s a young lad. He knows the game very very well. Tony will back him like he always did with me and with the right signings, I have no worries about them staying in the division and being competitive.”

Rangers are expected to announce the new manager by the end of the week. Early front runners are Glenn Hoddle and Les Ferdinand, there history with the club could serve them well whilst managing the side.


As you would have been able to tell by now this is going to be my second story on FM 15. This does mean I will be attempting to carry out and continue to pursue two stories at once. My ‘Everton – A club with Ambition’ story has been a great success for me on a personal note. I want to continue this with QPR, I have some great memories with this club and hope to create many more. Thank you for reading, stick around for more updates and lets see what we can do.

Iconic
7 years
Hopefully through the 'next generation' part of the title that means you will be developing young players and bringing them into the first team, I hope you can bring QPR into success and win silverware as you have with Everton.
Login to Quote

Tallery
7 years
GL on two, not many people pull it off....
Login to Quote

OwenFWTFC
7 years
Good luck! Your Everton story is a success story, so I expect big things!
Login to Quote


Next Generation? No Problem.

In the same week that Harry Redknapp retired from management, his legacy will long continue at Queens Park Rangers. They have today publically announced Harry Redknapp’s predecessor would be none other than his own son, Jamie Redknapp.

Jamie Redknapp has been working with Sky Sports as a pundit over recent years alongside the likes of Jamie Carragher and Gary Neville. However he now steps into the world of management with no experience.

Redknapp was the first to be made aware of Harry’s resignation and was keen to take the helm at QPR. Over the years Harry would have no doubted taught Jamie a thing or two. Redknapp was thought to be unsure on any coaching roles after suffering terribly with injuries over his time as a player. Once he was handed the chance in management however, he grabbed it with both hands.

Redknapp is to take over at Rangers this week, and is schedule to take his first training session on Wednesday morning. We managed to catch up with Jamie at Loftus Road earlier today, here’s what the next generation of the Redknapp’s had to say.

It’s a great opportunity, Dad’s been great with them. But it’s a fresh start for us, we want to improve and be competitive in the league. With Dad joining Sky Sports, it’s kind of like some strange swap deal if you will, deadline days will never be the same! I cant wait to get started and see how things pan out for us.

Redknapp is thought to have already identified his transfer targets and is reportedly keen to offload some of the ‘deadwood’ around Loftus Road.
Login to Quote

Iconic
7 years
Will 'Arry be slating Jamie if things go bad for the 'R's?
Login to Quote 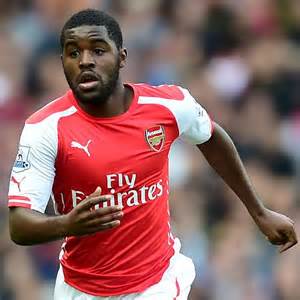 Campbell is yet to secure first team football at Arsenal

Queens Park Rangers have today confirmed the completion of a double loan deal. Rangers have signed both Joel Campbell and Jose Maria Gimenez on loan till the end of the season. Neither of the two deals come with any view to permanent deals, however both add quality to Jamie Redknapp’s squad.

Joel Campbell joins on loan from London rivals Arsenal. Despite being heavily linked with French billionaires AS Monaco. Campbell decided he wanted to prove himself in the Premier League.

Since joining Arsenal in 2011, Campbell has had loan spells away from the club at the likes of Real Betis and Olympiakos. It was at Olympiakos were he caught the eye of many with some glittering performances in the UEFA Champions League, particularly with a goal to remember against Manchester United. Here’s what new manager Jamie Redknapp had to say about the Costa Rican.

“I’ve seen a lot of the boy in the Champions League and the World Cup. He has great pace and can devastate any team. He adds quality to our team and despite only being 22 he already has great experience under his belt.” 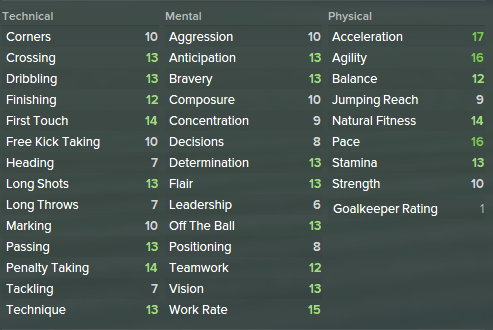 Ranger’s second signing joins from La Liga champions Athletico Madrid. Young central defender Jose Maria Gimenez, the nineteen year old has been sent out on loan to gain first team experience. With many clubs in Spain and England chasing his signature, including Swansea and Levante.

Despite only being nineteen years of age, Gimenez has already made 6 appearances for the Uruarguy national side.

With the likes of Diego Godin and Miranda in the heart of the Athletico Madrid defence, it was unlike Gimenez would be getting consistent game time in Spain. QPR also signed Caulker and Rio Ferdinand over the summer, Gimenez adds strength in the depth to the position.
He is widely considered as one for the future in Madrid, however he joins up with QPR for the remainder of the season. Here’s more reaction from Rangers’ boss, Jamie Redknapp.

“ Jose comes in with bags of potential. To play alongside Rio Ferdinand will be a great chance for the kid to learn about football. Hopefully he can develop well here, we might even be able to get him to come back next season, who knows. I am excited about him and hopefully he can only improve us”. 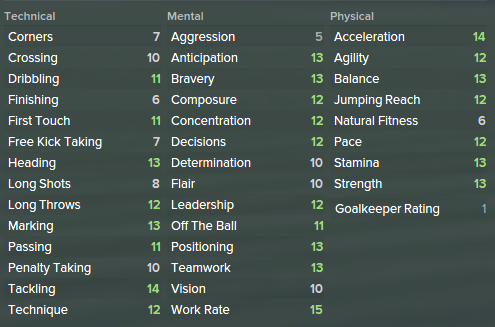 I would like to wish everyone that has read this story or will be reading this a happy new year! Wishing you all the best for 2015 and hope you all had a great festive period! Thank you again for all the comments and views!