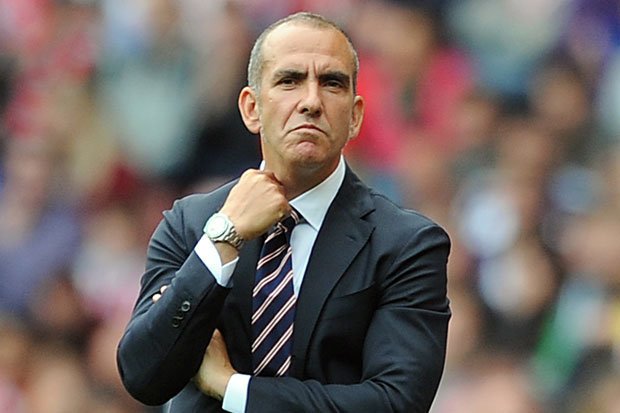 
Paolo Di Canio has revealed to Sky Sports News that he has actively been seeking a return to management and has had offers from "many big clubs". The fiery Italian has not been involved in football since being sacked from his controversial tenure at Sunderland.
Di Canio, who has also managed Swindon Town in England has never hid his admiration for the English leagues and even after being sacked by Sunderland he vowed that he would return. Speaking to reporters earlier, Di Canio had this to say :

"I've had offers from many big clubs over summer but I am waiting for the right opportunity. I love football but I will not just pick the first club that calls me, that's crazy.

"I have morals so I will not mention the names of any clubs but I have been in advanced talks with one in particular and yes it is in England, I know I will be a success one day in this country"

"I am not controversial no, I'm passionate, there is a big difference."

The former Italian international has been linked with various jobs around the country, with Leicester City being the only Premier League club mentioned. 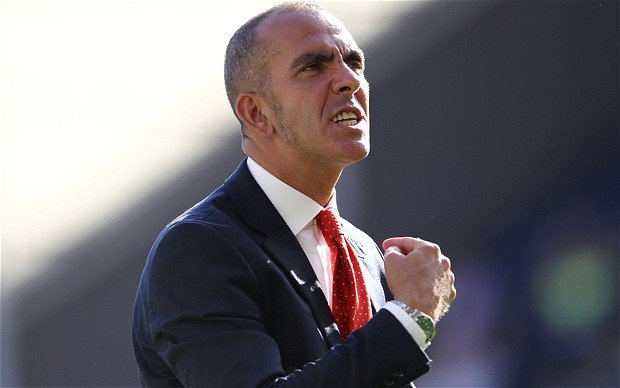 
Leeds United have controversially appointed Paolo Di Canio as their new manager, handing the Italian a 3 year deal. The Leeds Board have told the media that they were "Amazed with his drive and vision for the club" which ultimately resulted in him being offered the job.
Di Canio, who has been without a job since being dismissed by Sunderland, reportedly had multiple offers around Europe with Lazio being heavily linked to appoint their former player. However Di Canio has always admired English football and is determined to become a success.

Leeds United are a club who many consider to be far too big to be playing their trade in England's second tier, and perhaps a change in management could change their fortunes.

Di Canio's first interaction with the press will be in 2 days time, when he will officially be unveiled as the new manager of Leeds United.
Login to Quote

Nice start, too!
Login to Quote 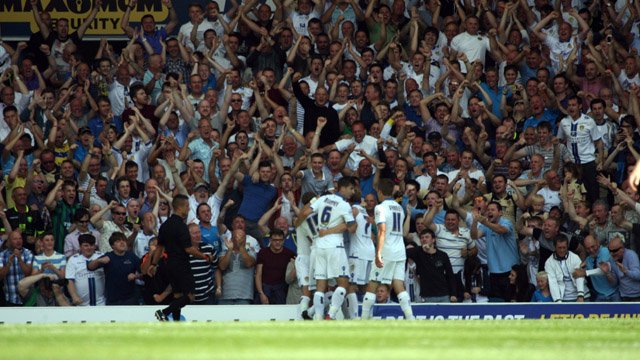 Leeds United and Di Canio started the 2014/15 season with a bang going undefeated throughout August. An away win against bitter rivals Millwall as well as an unexpected victory away to Watford gave the Leeds fans something to cheer about as Di Canio settles in nicely to his new job.

On the month overall...
The players were magnificent, they deserve all the credit. We've had injuries but they've battled through it. Our fans deserve months like this, they know we are too big to be in this division. When I walked out on Elland Road for the first home game I started getting emotional because of the reaction I got. This feels like the club for me.


On season expectations...
I am a winner, I strive for perfection in everything in life. My goal is obvious, to win the league title. However I know every Leeds fan will be happy if we can get promotion by any means possible. This year we have to at least be in the playoffs, we need to give ourselves a chance of playing in the Premier League next season.


On the chairman...
I have a very good working relationship with Mr.Cellino. People in the press write bad things about both of us, What's the expression in England, Water off a ducks back, or chickens back I don't know. He gave me the opportunity and I will repay hi
Login to Quote 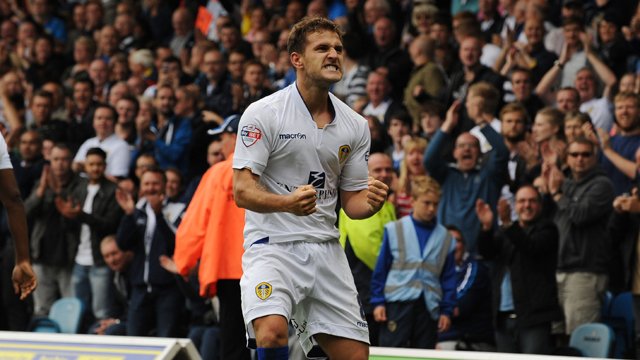 An impressive month for Leeds United seen the Whites claim 9 points out of a possible 12, with Brentford ending their unbeaten start to the season.

It's been a strong opening two months for Leeds United under the guidance of Paolo Di Canio, with the club only hampering small ambitions of a playoff spot, with many pundits claiming the side as a mid table club. However sides have stuggled to break Leeds down so far this season with Di Canio's men only conceding 3 goals in the 4 games played in September.

Di Canio pleased the fans with a savoury victory over rivals Huddersfield Town, where Billy Sharp, pictured above, scored just after the break to put the hosts in front.

However the defeat to Brentford showed the ugly side of Leeds United, with The Whites picking up 8 yellow cards and looked shaky at the back for the whole 90 minutes.


On the month overall...
Once again I am proud of my team. Winning 3 games out of 4 in the Championship is very difficult, especially when games come thick and fast. I am learning about the players every day and every day we are getting stronger. We will keep taking it game by game and keeping our focus, that is the most important thing.


On the win against Huddersfield Town...
This was the first time I saw Elland Road sold out and it was a very special occasion for me. The game meant so much for the fans because of the history. Once Billy scored the first goal the stadium erupted and I knew we would be okay.


On bouncing back after the defeat to Brentford...
I think it was clear that this was our worst game of the season. To say that after so many matches is not a bad thing. Now, we need to work hard and try to fix the situation. We work harder on the training ground, prepare better, and look for the next 3 points.
Login to Quote

You are reading "Paolo Di Canio - My Way".