http://www.hulldailymail.co.uk/images/localworld/ugc-images/276270/Article/images/25781669/9256038-large.jpg
Steve Bruce is being linked to the Newcastle United job
Hull City manager Steve Bruce is said to be 'interested' in joining Newcastle United, according to reports on Tyneside today.

The Evening Chronicle in Newcastle quotes sources claiming Bruce would be keen to talk to Newcastle United officials if current boss Alan Pardew moves to Crystal Palace as expected.

He is also said to have a good relationship with Newcastle chief scout Graham Carr who identifies and approves signing targets.

However, the paper says Bruce’s appointment 'may not go down well' with some sections of the United support due to his links with arch rivals Sunderland, who he managed.

It also points out that Bruce was with Manchester United during his playing days when the Red Devils and the Magpies were once bitter rivals for the Premier League title.

However, despite the report, also carried later in the Daily Mail Bruce is known to hold Hull City owner Assem Allam in very high regard and the pair have a close relationship.

He has always maintained that he is happy with his position in Hull and, until City's current run of poor performances, was regarded as one of the most secure managers in Britain.

Three other names are in the frame for Newcastle; Tony Pulis, Tim Sherwood and current club captain Fabricio Coloccini.

Pulis has not worked since quitting Crystal Palace at the start of the season and is a friend if Pardew, and former Tottenham Hotspur manager Sherwood, sacked by Spurs at the end of last season, was in the running for the Palace job before Pardew's move emerged.
Login to Quote

http://i.guim.co.uk/static/w-620/h--/q-95/sys-images/Sport/Pix/columnists/2013/9/12/1378988603115/Assem-Allam-008.jpg
Steve Bruce sacked from Hull because the owner was not happy because the interest in Bruce against Newcastle.
The former Sunderland boss had been in charge since June 2012, having signed a three-year contract.

In his first season with the club, he led Hull to promotion to the Premier League, clinching second place in the Championship on the final day of the season. The following season, the 'Tigers' reached the final of the FA Cup for the first time.

"Bruce has been very understanding of my wish to implement a new structure," said Allam.

"He is a great manager and a great guy. He has been unfortunate to work in such difficult circumstances. But, I'm very disappointing with his comment last week."

Bruce guided the club to a 16th-place finish and Allam said towards the end of June he intended to discuss future plans with Bruce.

"Allam wants to bring a new energy to the club so that we can return to where we belong as a healthy football club," said Bruce

"To my players for their efforts I say a big thank you. To all the staff I am especially grateful for their support. Finally, to the incredible force that is the Hull City supporters, I offer my heartfelt thanks. I urge everyone to get behind the team and the new owner next season to get us back to where we need to be, fighting for trophies and competing at the top-table of English and European football."

Allam not tell the media who Bruce's successor. However, he gives the signal, the replacement candidate is one of the legends of English football.
Login to Quote

benandrew122
5 years
HULL CITY IS MY HOME TEAM MAN! Shall be following this one
Login to Quote

http://s21.postimg.org/tfd500107/Beckham.jpg
Hull City have hired David Beckham as their new manager.
The thirty-nine year old is reportedly delighted to be given the opportunity to hone his management skills at KC Stadium and The Tigers supporters will certainly be hopping that Beckham can take their team to new heights.

"This is my new job. In the past I never thought to be a coach, but when Allam called me, I returned thinking to become a manager."

And when asked why he signed the contract, he replied ,

"I asked first on Fergie, and when he agreed, I went straight to Allam in his office and this is the result. My goal is, Hull remain in the Premier League. If it is not satisfactory, I will resign and let Allam replace me. I need help and support from all, especially to the fans and the players."

David Robert Joseph Beckham OBE, /?b?k?m/ (born 2 May 1975) is an English former footballer. He has played for Manchester United, Preston North End, Real Madrid, Milan, Los Angeles Galaxy, Paris Saint-Germain, and the England national team for which he holds the appearance record for an outfield player. He was the first English player to win league titles in four countries. He announced his intention to retire at the end of the 2012–13 Ligue 1 season on 16 May 2013 and, on 18 May 2013, played his final game of his storied 20-year career.
Login to Quote 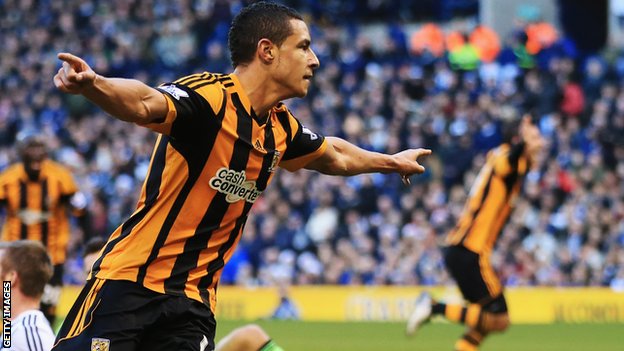 Hull City have signed Tottenham midfielder Jake Livermore for a club-record fee, thought to be about £8m.
The 24-year-old has signed a three-year contract, with the club holding an option for a further 12 months.

"I'm delighted to be joining Hull City on a permanent basis," said Livermore, who made 41 appearances while on loan at the KC Stadium last season.

The deal for Livermore eclipses the reported £7m Hull paid to sign Shane Long from West Brom in January.

Livermore is the first signing of the summer for Hull, who finished 16th in the Premier League last season and reached their first FA Cup final.

"I thoroughly enjoyed my season here on loan and I firmly believe this club will keep on going from strength to strength," Livermore said.

"I made my feelings known that I wanted to come here permanently and once the two clubs had agreed the fee, it was very straightforward."

"This is my initial step here, I see Livermore played with heart last season, and I hope he does it again this season." Beckham said.

Hull, who will make their debut in the Europa League this season, have also been linked with Norwich midfielder Robert Snodgrass.
Login to Quote

lekkaaudisy
5 years
@MisterLister thanks mate, and thanks for commenting on my Becks pic XD
Login to Quote

http://www.hulldailymail.co.uk/images/localworld/ugc-images/276270/Article/images/22714756/6742490-large.jpg
Southampton target Shane Long
News of Shane Long’s departure may have caught most by surprise last night, but it’s not stopped the national papers from carrying the story today.

The Mirror and Daily Mail are just two of the papers who are tipping Long to be a Southampton player before the start of the season.

The only discrepancy is the price tag, with reports varying from £12m to £12.5m bid by Southampton for the striker.

The Irish international will discuss personal terms today with a move away from the Tigers now looking increasingly likely.

Long may not be the only departure heading out the KC Stadium before the transfer window closes.

Michael Morgan, writing in the Daily Star, says David Beckham is facing a real battle to hold on to Ahmed Elmohamady and Stephen Quinn.

Winger Elmohamady is a £3.5m target for a trio of clubs according to the Star with West Ham, Southampton and QPR all chasing the Egyptian’s signature.

Besiktas and Galatasaray in Turkey are also reportedly interested.

You are reading "Beckham's Adventure".