The Return of Laudrup 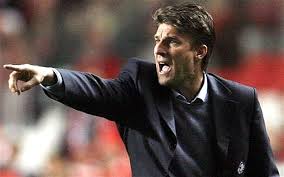 Well coaching in Qatar didn't turn out that well football ain't football in Qatar like in England, so I decided to give up the job in Lekhiwiya and return to the BPL to win prices. For doing that we will be managing Everton, a club with high potential and i'm sure that I, Michael Laudrup can bring them to the top of the English football.
Login to Quote 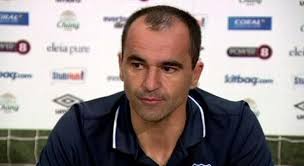 Breaking news out of Everton is that manager Roberto Martinez is fired. It seems like he's ready for a new adventure with a different club after only one year with Everton he can go. Rumours tell us that Roberto Martinez was unable to work with the last weeks. Thats probably the reason why he's fired.

Last season Roberto Martinez had a superb season with the Toffees, he brought them to the fifth position in the Barclays Premier League and so they were qualified for the Europe league this season.

There already are some rumours about who will be taking over Martinez' job. Some of the bookmakers named David Moyes to return, but unfortenately the Real Sociedad manager confirmed a comeback is not an option. Then we have Michael Laudrup who worked at Swansea from 2012 untill 2014, so he knows the BPL, he made sure that he is very enthusiastic for taking over the manager spot at Everton

Will be contineud...
Login to Quote 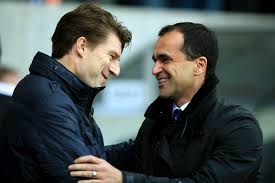 Finnaly Everton have found a new manager, after 2 weeks the choice has been fallen on Michael Laudrup. He's directly taking over the spot from Roberto Martinez

The bookmakers were right because they pointed Laudrup for the manager position at Everton.
Michael Laudrup is 47 years old the ex-attacking midfielder from the Danish national team played over 100 interlands in which he scored 37 times. In his career he played for many big clubs like Juventus, Barcelona, their rivals Real Madrid and Ajax.

We also had the chance to interview him.
Interviewer: How do you feel right now ?
Laudrup: I feel very happy, it's like a dream coming true this is an amazing club and I hope i can win some trophies for them.
Interviewer: What is your goal for this season ?
Laudrup: To finish in a Europe league position, at least, then to get to the quarter finals of that Europe league, and to possibly win The Capital one cup or The FA cup
Interviewer: What do you think of the team ?
Laudrup: the team and the board made a very good first impression to me so I don't think many things wil change
Interviewer: Ok Michael thanks for the interview
Login to Quote 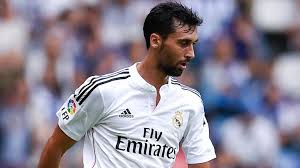 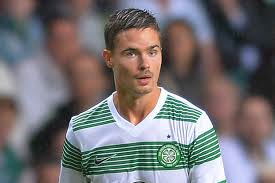 The first rumours on the transfer market has been launched. Alvaro Arbeloa and Mikael Lustig are wanted by Everton manager Laudrup. Seamus Coleman is the only rightback at Goodison Park and Laudrup needs a solid backup.

Lustig, the Swedish international who plays for Celtic is a solid rightback who's a good gain for any club he's Always going on 100 % and that is why they love him at Celtic. Mikael Lustig himself anwsers that he would be delighted to play for such a wonderful club.

Arberloa, who's getting fairly old is still a good rightback. He might not be to expensive because he isn't a first team player by Los Blancos. There is many intrest for the 32-years old rightback, from clubs like Paris Saint-Germain and AS Monaco. The choice is on him.
Login to Quote 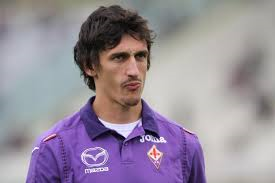 Stefan Savic returns to England to play for Everton. The 23-years old montenegrin center back came over from the Italian side Fiorentina where he played 2 years after being swapped with Matija Nastasic.

The transfer was around the 7.25 million and he will make a 38K a week. Savic told us that he is very excited with his transfer and wants to become the best center back in the history of Everton. Stefan is seen as a potential top defender and on his 23th he already played 25 interlands for Montenegro in which he scored twice. At Everton he will get his favorite number 5.
Login to Quote

You are reading "The Return of Laudrup".