People call me the special one, the happy one, the only one, Unico … those are only names. Those names I earned because of my success. I won the champions league twice, I won the Europe league, two titles in the Serie A, two titles in the BPL, the title in La Liga … and that was only the beginning. My name is José Mario dos Santos Mourinho Félix and I’ m the manager of the biggest club in Europe, Chelsea. I want more, way more, and I’m sure that I can reach that.
I want at least 2 more titles in the BPL, 2 more Champions league trophies and I want to win the World Championship.

But for now, I’m at Chelsea, the club of my dreams, with a Russian owner, Roman Abramovitsj

He told me to win the league, otherwise I’m out. That’ll be though but we have a good team so we can make it. To do that we will have to make sure that we beat our rivals like Arsenal, Man Utd, Liverpool, Spurs … Yeah, we have many rivals He also gave us budget of 90 million euros, I’m very thankfull for that but we still have to find the right players to strenghten our team.

To make things clear, I’m the best manager, Chelsea is the best club and we will win the title.
Login to Quote

We must strengthen our team. 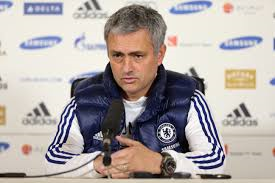 In a press conference Chelsea-coach José Mourinho told us about his plans with Chelsea: "We surely have to strengthen our team, we only have 21 players, 21 top players but it's still to less. I surely need a new leftback, a central back, a central midfielder and left-sided midfielder. In these positions we have offcourse top players like Azpilicueta, John Terry, Ramires and Eden Hazard but we need backup."

To the question of what his goal is in the Champions league, he awnsered: "To win it of course, that Always has to be your goal and I'm an optimist."
Login to Quote

Iconic
6 years
You really have a good grasp of what Jose would say in my opinion, you seem to have written a very believable account of what the 'Special One' would say. I look forward to how this story progresses keep up the good work!

jonathanmdp
6 years
Thanks I will do!
Login to Quote

It Certainly will be!
Login to Quote

Cleanup at the Chelsea side 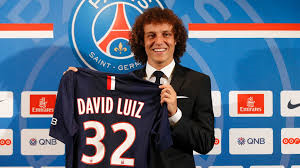 David Luiz left Chelsea to sign at PSG, the 27-years old Brazilian defender is transfered to PSG for a transferfee of 50 million dollars. We asked for Mourinho's reaction.

There's no doubt that David Luiz is a very good center back but when you get this money offered you can't reject it. Altough he was a very good defender for Chelsea, you and I both know he ain't worth 50 million. But it's easy money for us, I wish him the best of luck in France, goodbye geezer! 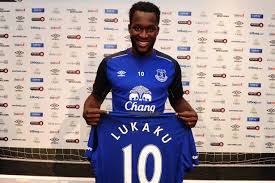 Another departure by the Blues, Romelu Lukaku leaves to sign with The Toffees, the 21-years old Belgian striker signed a 4-years contract. Everton payed around 30 million dollars for Lukaku.

I wanted to keep him at Chelsea, but I can understand that he wants to play. He is one of the most talented attackers on earth, maybe 30 million wasn't enough. I hope he will grow to a very good attacker and I hope that one day I can manage him again. 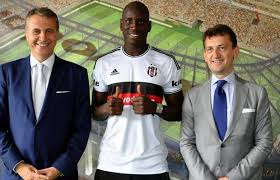 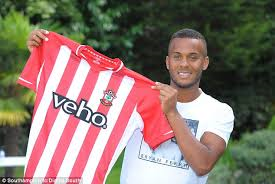 At last we have Demba Ba and Ryan Bertrand who also left Chelsea for Besiktas and Southampton. Ba left for a fee of 5 million dollars and signed a 3-year contract with the Black Eagles. He hopes to become champions in the Turkish league and get trough the group stages of the Champions League. Then we have Ryan Bertrand who signed at Southampton for 4 years.
Southampton payed more or less 12 million dollars for the English international.

Yeah Ba and Bertrand left, it is like it is. Ba was getting fairly old and didn't want to wait on his chance in the first team, I can fully understand that, I hope he'll find his pleasure in the game back in Turkey. Then Ryan Bertrand, he was seen as an amazing prospect during a few years but never came to that level, so it's better for him to move away to play games and maybe ever reach his potential.
Login to Quote

Walter
6 years
I hate to be the one that says this, but please try and stick to a story. This is your third in a day...
You don't need to write one about every save, and you should try playing the save a bit first before you start a story about it.

Anyway, I wish you luck with the story. It really does sound like him in the first few updates.
Login to Quote 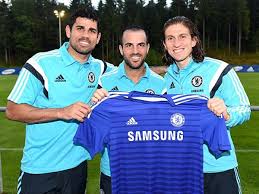 I will start with Cesc Fabregas, Cesc is a master, someone who every team can use, but we signed him so we will use him. I'm very happy we were able to sign him, he will be a suberb player for us on the midfield. We also didn't to pay that much for him, we only payed 33 million dollars, the fact that he wanted to leave Barcelona surely helped.

Fabregas speaks: I felt like I had still unfinished bussines in the BPL so I decided that this was the right moment to return. Everyone knows that Arsenal was my first choice but they didn't offer me any contract. I considered all the offers and I think Chelsea is the best, my ambition is totally in agreement with the club.

Then Diego Costa, he's one of the best attackers in the world. He made 36 goals for Atletico Madrid last season which is very impressive. I'm glad he chose for us over other clubs. I'm looking forward to use him in my team.

Costa speaks: I'm very happy that I can sign for Chelsea, everyone knows that this is a very big club in a strong competion. Another reason to join Chelsea was that Thibaut Courtois plays here, I played with him for 3 years at Atletico Madrid, and now there will be added some years.

At last Filipe Luis, he played a very good season in Spain for Atletico Madrid, he won the Spanish league title and ended second in the Champions League, he will replace Ashley Cole to compete with César Azpilicueta. I'm sure he will redeem the expectations.

Luis speaks: I played 4 unforgetable years for Atletico Madrid, I would like to thank the fans to support me in good and bad times. I'm very happy Chelsea offered me a 2-year contract, i will try to capture the hearts of the Chelsea supporters.
Login to Quote

Anyway, I wish you luck with the story. It really does sound like him in the first few updates.


Yes, I know, I was like searching how to write a good story, but then it doesn't work and you know... But I will pay attention to this one! 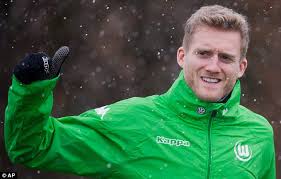 Breaking news out of Germany were Wolfsburg confirmed the transferdeal about André Schürrle. Wolfsburg payed 28 million dollars for the German international who wasn't a first team player in Jose Mourinho's squad.

Schürrle who told the media that he really wanted to return to Germany know joined Wolfsburg. Schürrle reunites with old-teammate Kevin de Bruyne who's playing some amazing football at Wolfsburg. Chelsea payed 22 million for Schürrle in 2013 but never growed to a first team player. 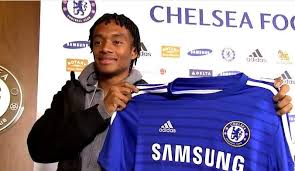 Chelsea directly reacted by buying a replacement with the name Juan Cuadrado. The right-sided midfielder came over from Fiorentian for a transferfee of 28 million dollars.

Jose Mourinho: I'm very happy with this transfer, Cuadrado is very pacy and has a good dribble the perfect qualities of a winger. It's sad that Schürrle left but that's how things go in football players come and go. But I'm sure Cuadrado will be able to take over Schürrle's place.

Cuadrado made big impression on the world cup where he got into the semi-finals, scored once and gave four assists.
Login to Quote 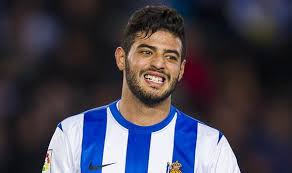 Carlos Vela left Spain to sign at Chelsea the 25-year old winger signed a contract for 5 years. The ex-Mexican international went to Real Sociedad in 2012 because he didn't got any chance at Arsenal. After 4 years in the basque country in which he played 128 games and scored 47 times, he decided to return to England to play for Chelsea. In 2011 he stopped as international, there were various reasons for his refusals

I'm very happy with this transfer. Carlos is a very creative player, he's fast, he's a good dribbler and he knows how to score a goal. We didn't had to pay to much so it's a good deal for every party. Another reason why we signed him is the fact that he played in England for a few years so he can be seen as a player who is created in England. 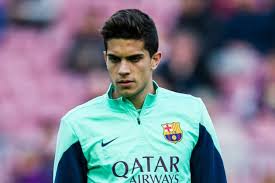 Next up is Marc Bartra, the 22-year old Barça defender came over to sign a contract for 5 years. The spanish youth international played 63 games for Blaugrana, he even made it to be the captain for a few games. Chelsea had to pay a round tranferfee of 20 million dollars.

I think this is a very good transfer for us there was many interest for Marc from clubs like Arsenal, Dortmund & PSG but he chose for us, which was of course the best choice. He is a good commanding centre back with good tackling skills, he can also play as a rigt-back. He will show us what he's able of in the coming 5 years.
Login to Quote 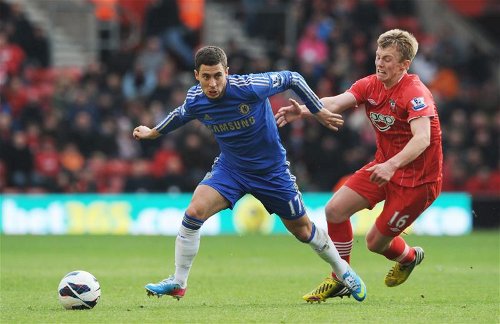 We're proud to say that James Ward-Prowse and Ricardo Rodriguez joined our club. Youngster James Ward-Prowse signed a contract for 4 years, he's one of the biggest talents worldwide. He made big impression at Southampton and Mourinho decided to spend his money to the -21 international. Ward-Prowse came to a total of 54 games at Southampton he was born on the 1 november 1994, that makes him the youngest player of Mourinho's team.

I'm so delighted with this transfer. Ward-Prowse is probably the biggest talent in the midfield department. He ain't at the level of Fabregas but he is very talented. Between this and two years he wil be a first team player. He is whithout any doubt the biggest talen in the English football. We decided to not set him on loan but we will give him a chance in the first team. Except Ward-Prowse Chelsea made another signing named Ricardo Rodriguez. The leftback is originaly Spanish but also Chilian and Swiss. For the last one he made 23 appearances. Ricardo Rodriguez is behind David Alaba the best leftbeck under 21. Rodriguez played for Wolfsburg after he came over from FC Zürich and now he signs at Chelsea who payed 20 million dollars for the leftback.

Once again a good transfer for us. He will be concurrention for Filipe Luis and César Azpilicueta. I know he has a very good freekick too. He excierly convinced me at the World Cup of 2014 in Brazil where Swiss got into the second round. Someone to look at...
Login to Quote