Lokeren avenged their Supercup defeate to grind out a 3-2 win over a tired looking Anderlecht. Lokerens experienced striker M'Baye Leye gave them the lead with a nice strike from 15 meteres that evaded Fabianos dive. Lokerens influentual midfielder Persoons was forced off with an injury in the 47th minute leaving them weak in the middle. Anderlecht capitalised on this when Matias Suarez drifted through the middle to hit a 20 yard shot into the bottom corner to level things up on 58 minutes. A rare mistake from Steven Defour gifted the lead back to Lokeren on 62 minutes as his misplaced pass was intercepted by Evariste Ngolok who scored with a cool finish. In an action packed 10 minutes Anderlecht levelled again through Suarez on the 69th minute. Kilian Overmiere scored what turned out to be the winning goal from 11 meteres out on the 78th minute. There was more drama late on as Aleksander Mitrovic had what looked to be an obvious penality turned down in the 85th minute.
Anderlecht manager Sam Tregoning declined to comment on the officiating for fear of being reprimanded.

With the obvious defensive problems will Tregoning dip into the transfer market?
Login to Quote

Iconic
6 years
I don't think you need to make anymore changes, just to give it time and then if it doesn't get any better then make some changes.
Login to Quote

Tallery
6 years
A solid defence is everything. I would look for some experience and quality to help lead your team from the back, and then hopefully, it would provide a more solid base for your attacking talent to work from
Login to Quote

Anderlechts defensive woes continued on their next away trip to a strong Genk side. Anderlecht took the lead on 38 minutes when central defender Chancel Mbemba fired home from close rage as Genk failed to clear a corner. Gent levelled the scores at 1-1 when Illombe Mboyo hit a shot low and hard, a hefty deflection wrong footed the keeper who had no chance. Winger Andy Najar gave Anderlecht the lead once more less than a minute after Genk levelling with a curling effort from 20 yards that floated into the top corner. 50 minutes,1-2. Illombe Mboyo popped up again on 65 minutes to equalise after a defensive slip let him run in and take it around the keeper, leaving an easy finish. The scoreline was probably justified given the stats of the game. Even possession and the same amount of shot.
In the tunnel after the game manager Sam Tregoning had this to say " The boys can the proud of their performance today, maybe lacking a little bit of concentration towards the end but things are starting to gel and we're playing attacking football"

More defensive errors for Anderlecht, will Sam Tregoning have faith with his current squad?
Login to Quote

samtregs
6 years
@cappy13 Thats my plan now, i'll give them until January to string some results together but after that i'll start making changes

@tallery my oldest center back is 24 so maybe i do need some more experience back there to lead the line?
Login to Quote 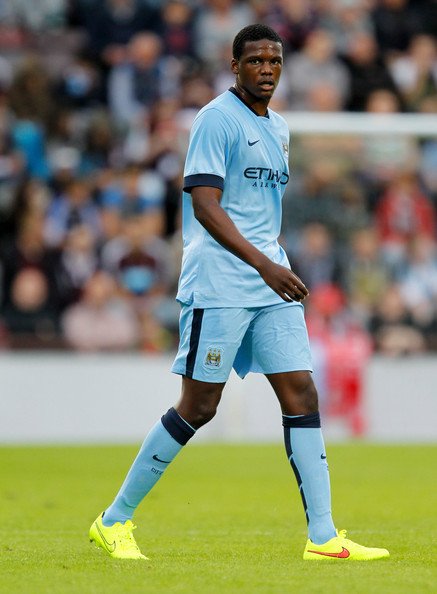 Anderlecht are please to announce the capture of Dedryck Boyata on loan from Man City. Boyata has been a consistent performer in recent games and is please to be linking up with such an ambitious squad. His arrival will hopefully pull out campaign back on track.
Manager Sam Tregoning gave his views on the signing at a recent press conference."I'm very pleased Dedryck has decided to join us for the season, his a talented lad and has the ambition to play every game"
Login to Quote

You are reading "Anderlecht - A European Force".