A breath of fresh air for Pompey

After many years of financial trouble, different owners and many losses, Pompey can now breathe some fresh air, after the outstanding debts were payed off by the new owners and the only owners of this kind, the Pompey Football Club Fan Club. The ex Premier League club, who will be playing in League Two for the second time this season, are now able to spend more freely in the market again and do not owe anymore money to the bank, at this point in time. 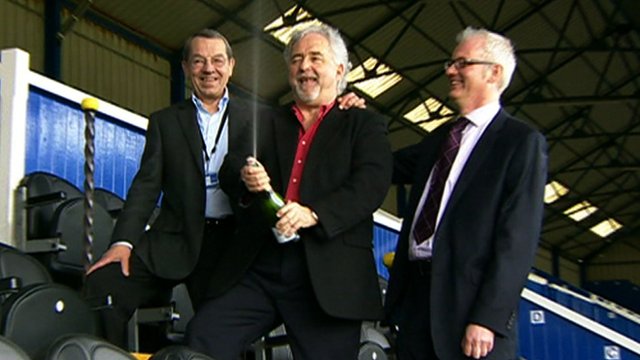 The problem started back in 2009, after the club spent too much money on players, who they bought in the January window and the chairman failed to pay attention on the matter and ended up putting the club in administration. Following this the club were deducted 10 points and ended up finished bottom of the Premier League. Amazingly, the club held their own with a small squad and a transfer embargo at one point in the Championship, however the problems began to show more and more and the next season they were relegated to League One, as of which they finished bottom of in their first season.

Last year was a much better year compared to the previous, towards the end of December most of the debt was gone following the Pompey fan clubs takeover however in March they decided to sack Richie Barker and his replacement was Andy Awford. Following on from this it put the club in the right direction again, as they finished just outside of the top half in 13th.

Now going into the 2014/15 season, Awford said to Sky Sources, "We finished off well and hopefully we can continue moving forward this year and if I get my way, I see no reason why we can't aim for those Promotion places. We have a good squad, much improvement to last years, so I'm confident."
Login to Quote

MisterLister
6 years
Nice start hopefully this will be good story! Keep it up!
Login to Quote

You are reading "The Supporters Club - Portsmouth Football Club".