Known as one of Europe's most professional and astute managers, Jorge Jesus is no stranger to life in the helm of SL Benfica. Indeed, having spent 5 seasons at a club is a rarity these days in football and Jesus does not look like stopping. As reigning champs, you might think he'd stick to his guns but in a recent interview with BBC Sport journo Feliks Zemdegs, Jorge Jesus revealed his plans for change.

"I think football is always changing, and you must be constantly diligent and stay with the times. Especially in Primeira Liga, where Porto and Sporting are always there to watch out for. Some new tactical decisions, some new transfers, a new Benfica and one that can deliver another title."

At 59, Jesus is relatively old for a manager, and the pressure is certainly on him to remain competitive in a highly competitive league. With the likes of Nicolas Gaitan, Talisca and Lisandro Lopez, he certainly has a good squad to work with and will be looking to defend his title as the Primeira Liga's number one manager.
Login to Quote

Cappy13
5 years
This will be interesting will give this a follow. Good Luck

Feliks
5 years
Iconic I doubt we have the squad to challenge in the Champions League, but Europa League definitely.

Feliks
5 years
Arvind BENFICA FOR THE WIN
Login to Quote

Will Hughes the first to join “New Look” Porto 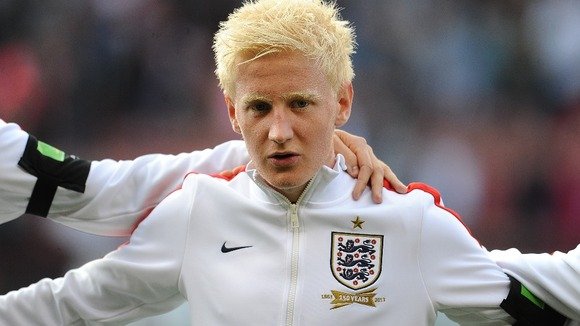 *Englishman makes £7m move to Portugal
Derby fans unhappy with how easily the club let him go
Futre continues to work on his “youth squad” for Porto
Who else will join after more rumours surrounding more European teenagers?

The youngster signed a 4 year deal with club today and admitted that while he was sad to be leaving Derby, he is absolutely ecstatic to be joining a club with the stature that Porto has. The youngster made 79 appearances for Derby and 13 appearances for the English U21’s side.

The signing was a surprise for the majority around Europe, as it seemed that Futre was targeting other players and was not in need of a CM, but he has been known throughout his career as someone who enjoys surprising the world. 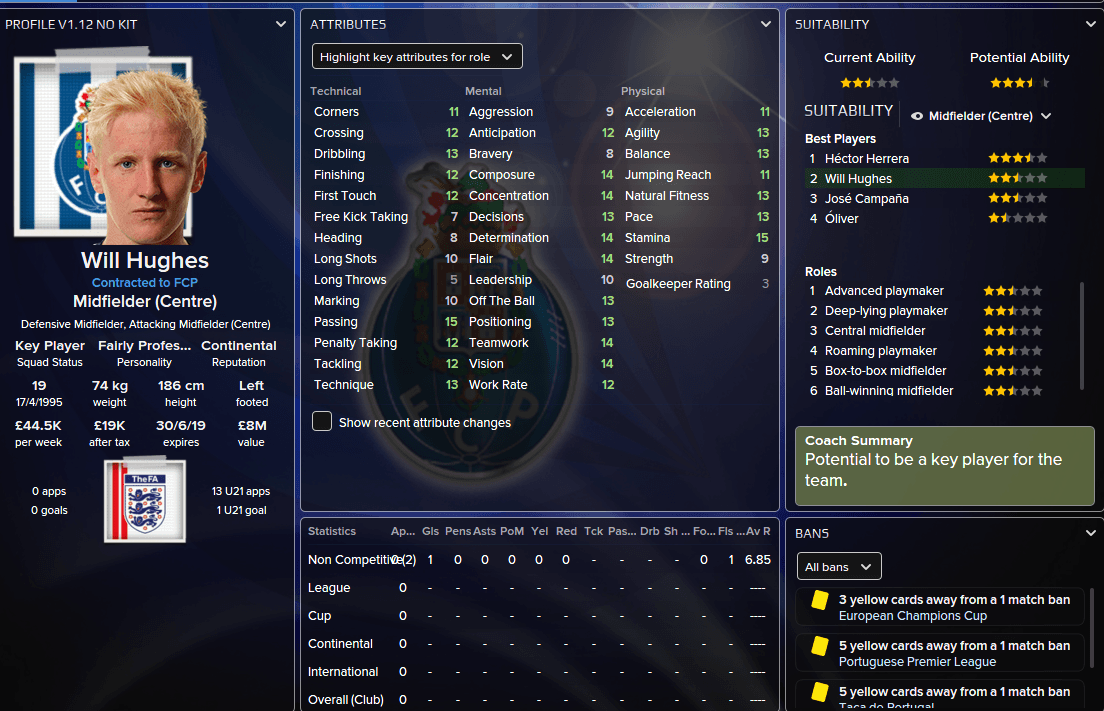 Who Else Will Join Futre?


Dorin Rotariu - The teenage attacking midfielder would bring a lot to this Porto side, especially as he is young as well. He is very creative and fast for his age, many clubs around Europe have scouted him. Along with Benfica who are crawling for his signature.
Projected Price - 5M

Sami Khedira - The experienced German has reportedly been in touch with Futre as he looks to get a move away from Madrid after being told that his game time will be lowered this season.
Projected Price - 11.25M
Login to Quote

Denzy
5 years
Nice signing on Hughes, if you can manage to get Sami Khedira your Midfield could already be Sorted.
Login to Quote

Denzy - Cheers mate, hopefully we can pick of Khedira. I am a big fan
Login to Quote


One of Eastern Europe's brightest prospects, Doran Rotariu, has today signed professional terms with Liga ZON Sagres heavyweight SL Benfica. The 18 year old winger joins from Liga I club Dinamo Bucharest on a deal rumoured to be worth £1,500 per week.

Born in Timisoara, Romania, Rotariu made a dream move as a 15 year old to Dinamo Bucharest. He made 38 appearances for the first team over 2 seasons, scoring 7 goals, before being subject to interest from abroad.

Rotariu in action for Dinamo Bucharest

It was originally rumoured that Manchester United would swoop for the youngster, along with other high profile clubs, but most backed out. Eventually it was a two-horse race between FC Porto and SL Benfica, and once Porto looked elsewhere, Rotariu was all but set for Estadio Da Luz.

A promising winger, Rotariu could be given plenty of gametime with Eduardo Salvio reportedly under heavy interest. Certainly, the 18 year old will be given lots of time to develop and perhaps one day lead his club to further glory.

Xander
5 years
And I thought I had him signed....
Login to Quote

Walter
5 years
Dorin Rotariu is a fantastic player, hopefully he develops for you. I'm sure he will because he'll get a lot of game time at Benfica!

So cheap, too... ermahgerd o.o
Login to Quote

C.J.Lippo
5 years
Benfica draw first blood! This is getting interesting!!!

Walter He will indeed get plenty of gametime, and £5m was a brilliant price

CJ Lippo Yup, and it will continue!
Login to Quote