How they can win - The strikeforce that Porto control is absolutely incredible, Jackson Martinez and Vincent Aboubakar are arguably the best strikers in the league and some of the best in Europe. If these two can score goals regularly, then all the other sides will struggle to keep up with them.

What they can still fix - The midfield has not been a problem in the last few seasons, but as they grow older, they need young replacements. Futre has done well to pick up Will Hughes from Derby, but they still need at least one more youngster in the middle. It is also important if they can find a youngster to stregnthen the defence 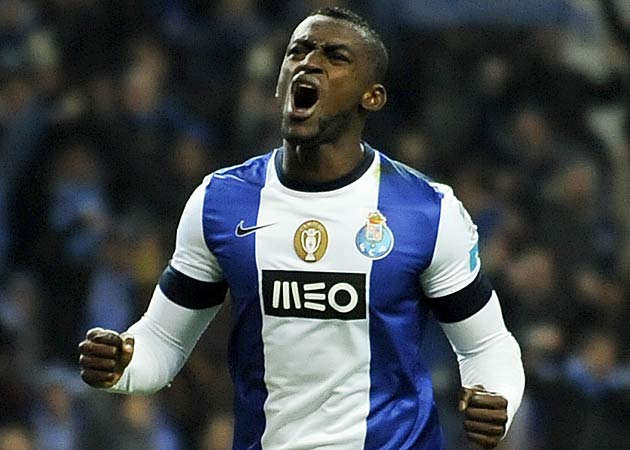 When Jackson Martinez is playing well, he is one of the deadliest finishers in Europe

Tallery
5 years
You're certainly right, Martinez and Aboubakar will be a strike force to be reckoned with!
Login to Quote

Verdinho
5 years
Casemiro and Herrera should turn out to be one hell of a double pivot midfield, with Will Hughes and Ruben Neves as future occupants of the position and Quintero/Torres ahead. Benfica have gone some way in countering that with the signing of Romero. If I were Jorge Jesus, I'd keep tabs on Kranevitter from River Plate

Keep it up, guys

ruben.lavrador
5 years
Can I join in and play with SPorting ?
Login to Quote

Feliks
5 years
I should be back permanently in about a week I hope! Continued apologies!
Login to Quote

the champi0n fm
5 years
Feliks this may seem like a strange move but I reckon you should sell Martinezas you can get big bucks for him and Aboubakar has become world class in most of my save and should be good enough to get 20 goals in the leage in your fist season.
You could do so much to the squad with the cash you get for him.
Login to Quote

Xander
5 years
@the champi0n - i am Porto :p. Thanks for the advice though. I really considered selling him at one point and who knows, i might of ;)
Login to Quote

The first pre-season rolled by at Benfica, with some new faces to prove themselves to the SLB faithful. Jorge Jesus chose to delegate responsibility to his right hand man, Raul Jose, while he travelled across Europe and South America, personally scouting his next big stars. Let’s see how Jose got on in his absence.


The tour kicked off in Germany and Austria, where it remained for most of the pre-season. Benfica first played Austrian semi-pros First Vienna FC 1894, recording an expected 2-0 victory before travelling to Germany’s capital to face Hertha, with the game ending in a 2-2 draw.


Stuttgart posed a far tougher problem, and Jose’s boys weren’t up to the challenge with a disappointing 4-0 loss. The woes continued when they travelled back to Lisbon to face their B team and could only muster a 1-1 draw. Despite taking an early lead, Bayern Munich were too much to handle at home, with the Germans winning 2-1, and Hoffenheim were the last of the German conquerors winning 2-0, ending a tour of Germany that Raul Jose will want to forget. A final friendly was arranged between affiliate Varzim and the club, which Benfica won comfortably 4-0 to end the pre-season fixtures.


Already boasting a title challenging squad, Jesus instead looked to top up positions without cover and hot prospects for the future. Dorin Rotariu, a promising 18 year old winger from Romania, was first in for a fee of £5 million, which eventually lead to the sale of Eduardo Salvio a week later, moving to Arsenal for £8.5 million.


Also looking for the future, Jesus travelled to South America where he witnessed Velez midfielder Lucas Romero and bought the Argentinian wonderkid for £8.5 million. He also found his new right back on his scouting mission, purchasing little known Santos wing back Cicinho for £5 million in an unforeseen deal.


Player Of The Pre-Season 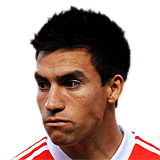 Despite a very shaky pre-season, Jose did manage to capture some form out of one player - Nicolas Gaitan. The Argentinian winger excelled for his limited stay, and when he got injured the team’s fortunes dropped considerably. The 26 year old will miss another 2 weeks or so and Benfica fans will be eagerly waiting his return.
Login to Quote

Maximus
5 years
Don't be discouraged mate, pre-seasons are all over the shop. Good luck for the start of the season
Login to Quote

Feliks
5 years
Maximus Thanks for the encouraging words, and I agree! Hopefully we're a lot better when I take the helm!
Login to Quote

Xander
5 years
More losses then wins, it is going to be just like your season ahead.
Login to Quote 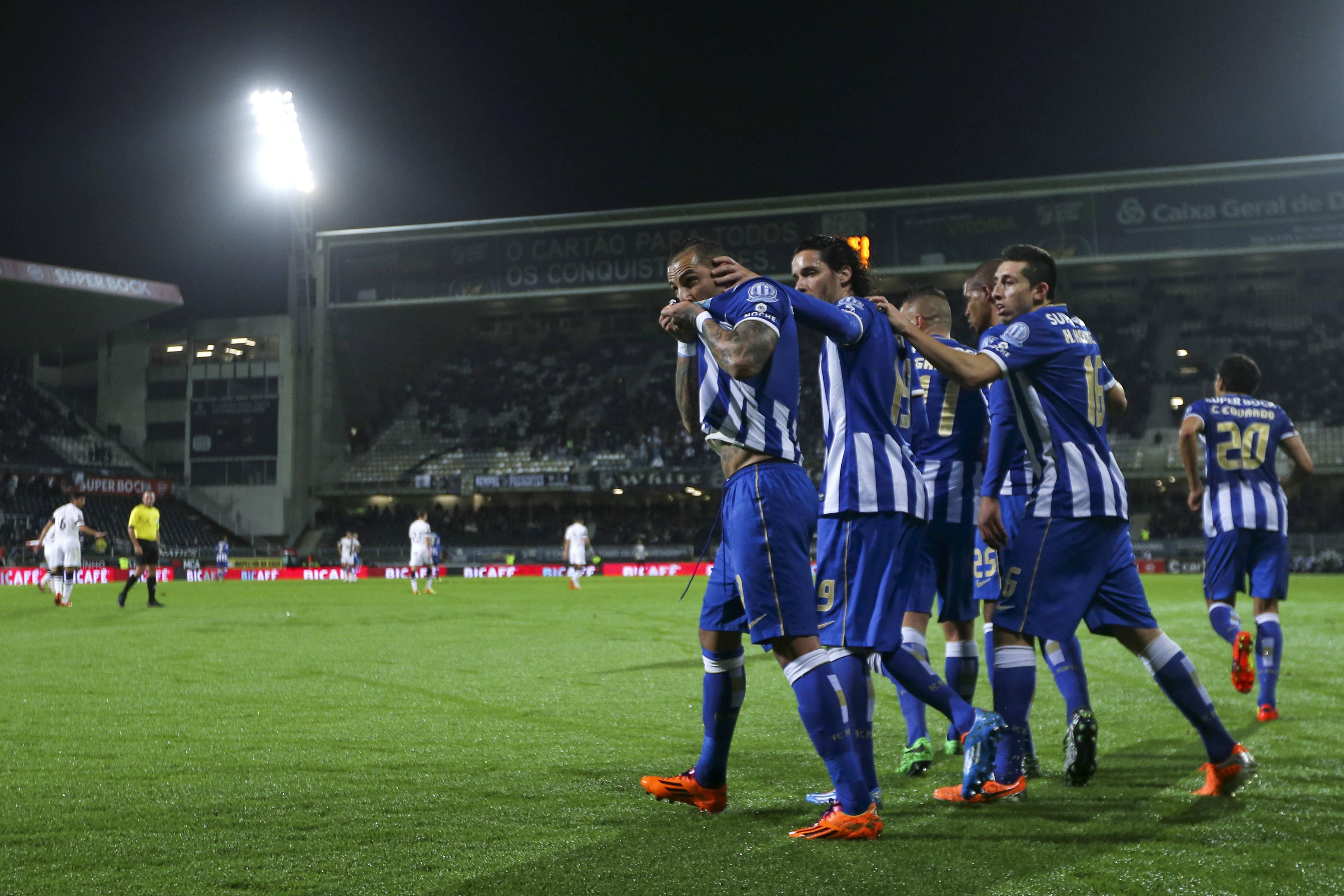 Paulo Futre was lucky enough to be able to give his pre-season to his Assistant manager Rui Barros as Futre left Portugal to supposedly scout all around Europe and South America. In his absence, Barros was in charge for 5 games spread out all over Europe.

For his first game in charge, Barros took the club to France and played AS Saint-Etienne where they played a toughly contested game that finished 1-1, both sides were lucky to escape uninjured. They continued the French tour as they travelled to ESTAC Troyes where they played the strongest side they had to offer and got a convincing 2-0 win that could easily have been 4 or 5. The tour moved to minnows LEMANS FC who got the game handed to them by a rotated Porto who came out 6-0 victors.

The only home game of the pre-season was tough on Porto as they went down 2-0 to a very hard working Atletic. They travelled to England for the last game where they met new Paulo Futre who watched his side play very well to draw with top English side Southampton 1-1 and finish well.

Apart from the obvious pick up of Will Hughes from Derby, the transfer window was an unusually quiet one from Porto, not much information coming in or out from the club as Futre looks to keep the runnings of the club quiet. 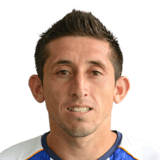 Hector Herrera was picked as the player of the pre-season, due to his terrific displays. Futre said that out of everything he was especially pleased with what he had to offer on defence and the strength and determination he showed was terrific and showed signs of a leader.
Login to Quote

Feliks
5 years
Yeah I lost to good sides, beat the shit ones. Therefore Sporting should be the only problem!
Login to Quote