SimichC
7 years • Edited
In this series me, the champi0n fm and Starlord will take on the roles of managers for 3 of the biggest club in the world. I will be Henrik Larsson at Manchester United with champi0n being Jose Mourinho at Chelsea and Starlord being Robbie Fowler at Liverpool.

Manchester United is biggest English club of all-time with 20 Premier Leagues. They were founded in 1878 then called Newton Heath. Their biggest rivals are Leeds, Manchester City, Arsenal and Liverpool.

Chelsea being the weaker one historicaly they are the best at the moment. They have won 4 Premier Leagues and where founded in 1905. Their biggest rivals are Fulham, West Ham, Arsenal, Leeds and Tottenham.
Login to Quote

Iconic
7 years
This should be interesting. I've never seen one quite like this, 10/10 for originality.
1
Login to Quote 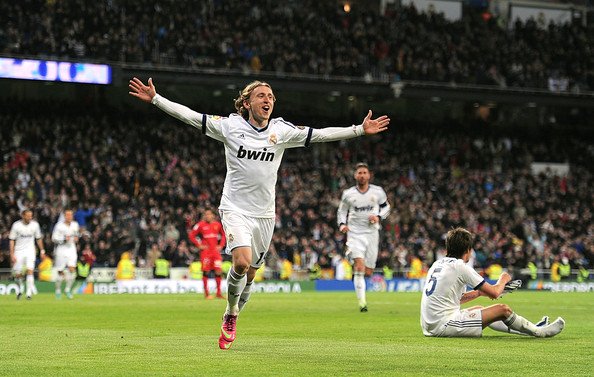 
Manchester United have signed croatian star Luka Modric for a reported fee of £39.5m. Deemed as a flop at first when going from Tottenham to Real Madrid for around £30m. Modric having quality both going forward and defending and should be a great a signing. The croatian has told his pleasure about going to Manchesters Red Devils.

“When playing for Spurs playing at Old Trafford always had that special something the fans, the atmosphere, the players all just had that special something. As a little boy i always dreamed of playing Manchester United or Real Madrid now i played for both this is some im very grateful for both for Real Madrid signing me and United doing the same. ”


Manager Henrik Larsson wasnt shy of saying what he thought either and told the fans what a pleasure it is to have Modric.

“Today i would like to announce the signing of Real Madrid star Luka Modric. We would like to thank him for coming to our club and hope for him to to be a long-time servant of the club. We hope that our fans give Luka a fair welcoming. ”


Modric is one of footballs greatest stars. He has won the Champions League, UEFA Super Cup and the Croatian League.


After showing promise in hometown club Zadar's youth team, he was signed by Dinamo Zagreb in 2002.


While he was playing for Dinamo Zagreb, they won three consecutive league titles and several domestic cups.


Modrić was named Prva HNL "Player of the Year" in 2007 which to this date is his only personal achievement.


In 2008, he moved to Tottenham Hotspur where Chelsea where intrested and put in over £30m for him but the bid was rejected by chairman Daniel Levy.

ToppTobbe
7 years
Never seen a story quite like this before, so respect for the originality bro! I am really looking forward to following this and I will definatly be reading this every time a new part gets posted. Great start bro
Login to Quote

SimichC
7 years
@Iconic - Thank you ive seen people Do It with 2 people but not 3.

You are reading "The British Network (feat Starlord and the champi0n fm.)".