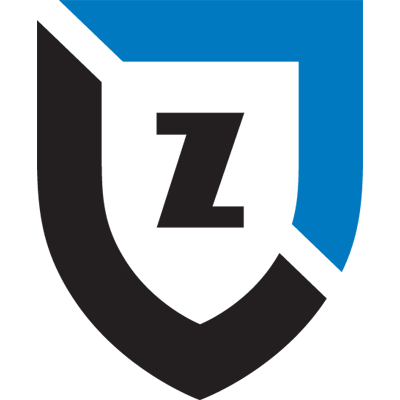 Today I start my first PC version Football Manager Story, with a Polish club called Zawisza Bydgoszcz. Dont worry, you aren't the only one who can't pronounce the name. Zawisza managed to finish 8th in the Ekstraklasa in season 2013-14 and secured a Europa League spot for the 2014-15 season after winning the Polish FA Cup in 2014.

So a successful campaign for a newly promoted team and I have been tasked with the job of progressing on the previous season. The ultimate aim for me at Zawisza is to make the a team to be feared both in the Ekstraklasa and in European competition.

Club owner Radoslav Osuch welcomed me to the club with the usual meeting and presented me with a transfer budget of only £19,018 and a wage budget of £21,546, with the club already spending £19,359 on wages.

So a tough task lay ahead for me to form both a Polish and a European force to be reckoned with out of Zawisza Bydgoszcz.

Keep checking back to keep an eye on my progress as this should be am interesting save both for me and for you. Thanks for reading and I'll be back soon with my first update.
Login to Quote

Hey guys! It’s time for the first monthly update of my Zawisza save in which I aim on taking Zawisza of Poland and making them one of the top teams both domestically and in Europe.

Only one transfer occurred during July and that was the signing of Diego Suarez from Dynamo Kyiv on a season long loan.

Suarez is a Bolivian attacking midfielder who can play in a variety of positions which will come in useful for our squad. Due to our tight budget here at Zawisza we are limited in who we can bring in and I believe Suarez to be a very good calibre of player for the budget we have. Hopefully he can come good for the club during his loan spell.

My first competitive game in charge of Zawisza came against Polish giants Legia Warsaw in the Polish Super Cup. A huge game for my first game in charge at the club and a possibility to get the fans on my side from day one. However overcoming Legia would be a huge ask considering the quality of their squad. We were the underdogs going into this game but I remained hopeful of pulling off a surprise.

A 94th minute penalty courtesy of Ivan Maevskiy put us back on level terms in the dying embers of the game however it would prove no good. After a goal-less extra time period the game went to penalties. In the end we lost the game 4-3 on penalties and lost the chance of gaining a piece of silverware right at the start of the season. A valiant effort from the team however made me feel positive about the upcoming EURO Cup and Ekstraklasa (Domestic League) games.

We started off our EURO Cup campaign in the 2nd Qualifying Round and were drawn against Vojvodina of Serbia with the first leg being away from home. This would be a tricky tie for us and we would have to play very well to come out of it with a win over the 2 legs and to qualify for the next round.

Goals from Maevskiy and Porcellis propelled us to a 2-1 victory away in Serbia meaning we took home a first leg advantage as well as 2 away goals. A very solid performance away from home made me feel a bit more positive about qualifying for the next round.

A bore draw in the second leg was enough to take us through to the next round of qualifying. Going into the tie as underdogs and coming out as 2-1 aggregate winners was a good achievement for the team and hopefully a sign of better things to come.

The draw for the 3rd Qualifying Round paired us up with Czech side Viktoria Plzen, I’m assuming most have heard of them as a common sight in European competitions. This tie would be even more difficult than the last and we would do very well to qualify for the next qualifying round.

Again the first leg was away from home, this time a trip to the Czech Republic which proved to be a successful one as we managed to go back to Poland with an away goal and a 1-1 draw from the first leg. A very solid performance from ourselves meant we were still in with a chance of progressing to the next round of qualifying. The 2nd leg is in August and will be in the next update.

Our first game of the season would be an away game to Gornik Zabrze with our second being a home game against Belchatow. Both games would be tough but we were hoping to pick up a couple of points from our opening fixtures.

A 3-2 away win was the perfect way to start the season against a tough Gornik Zabrze side, especially considering our underdog status as well as the fact we had to come from 2-1 down. An 84th minute goal from substitute Mica was enough to clinch all 3 points despite Gornik’s best efforts, including a disallowed goal late in the game.

The second game of the season saw us again concede 2 goals, but this time in a 2-2 home draw with Belchatow. Twice coming from behind we were lucky to gain a point from the game and need to improve on the defensive side of our game.

We are currently sitting in 2nd place, level on points with Belchatow in 1st and 6 other teams who are also on 4 points. So a successful start to the season and hopefully something we can build on as we progress further into the season.

Some big games to come in August including the 2nd leg of our EURO Cup qualifier against Viktoria Plzen and maybe even the Play-Off round of the EURO Cup should we progress from our tie against Plzen. Hopefully we will be able to build on our strong start to the season and hopefully we will be able to make another couple of signings to help boost the squad with the defence being the main priority. Any suggestions on possible signings are welcomed.

Also does anyone know why when i add in images they dont show up? Cant seem to get it to work.

Thank you for reading and stay tuned for the next update coming soon.
Login to Quote

You are reading "Zawisza - Creating a Polish Powerhouse".