After a few weeks without updating a story I decided to start a new story with Manchester United. I've always liked United, I just adore Ruud van Nisterrooy,Paul Scholes and George Best. I'm a huge fan of Louis van Gaal. He's a weird guy, he makes fun of journalists, yells at players and give karate kicks 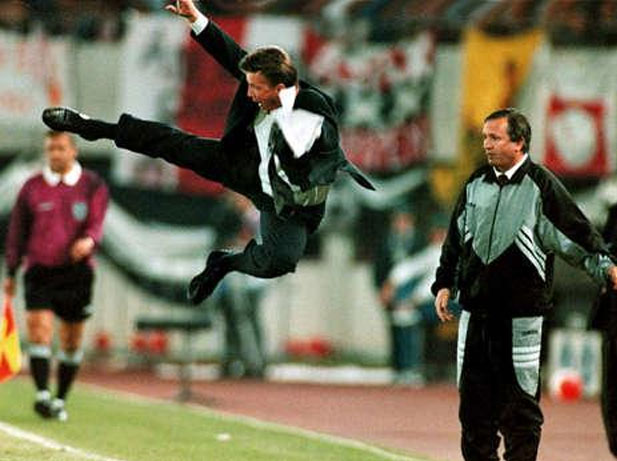 However he did some great things as a manager. Last world cup, nobody expected something of the Dutch national team, a lot of players played in De Eredivsie and were u23. Altough these low expectation he reached the semi final with Holland. van Gaal is one of the greatest managers in football's history and now he tries to make Manchester United a world class team again. That's why I'm just going further as Louis, the genius is smart,agressive and funny My goals with united are:

I hope this will be a long and fun journey and I hope you guys will enjoy reading this!

Memphis Depay
My first signing is Dutch wonderkid Memphis Depay. I bought Depay for 26 million euro's from PSV. Depay stays at PSV for a season because I think he's not ready for the first team. The Dutch youngster did an amazing job on the world cup of 2014, he made 2 goals against Australia and Chile, Depay has got an amazing shot and his skills are epic. I hope he's going to make a lot of goals for PSV this season and after one year he can help me with winning the Champions League Christian Eriksen
My second signing is Danish wonderkid Christian Eriksen. Eriksen was already a world class player when he was 20. When he was 20 years old he made already 10 goals for Ajax Amsterdam. Eriksen was without a doubt the best player of 'De Godenzonen'. When he turned 21 'Spurs' bought him. He made some great goals and gave a lot of good passes and he became one of the best players of Tottenham. I bought Christian for 52 million euro's and I hope he's going to be an important player this season 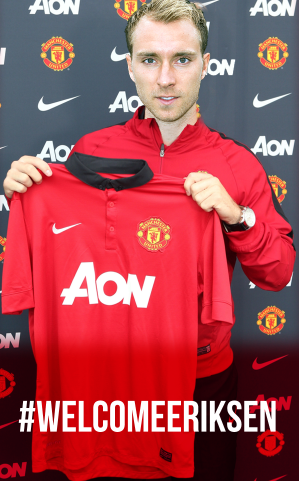 Ricardo Kishna
Ricardo Kishna is a 20 years old player from The Hague, the Netherlands. 'The Dutch Cristiano Ronaldo' is an amazing talent. His skills are amazing and his football intelligence is really good. I don't think he's going to play this season but I'm going to put him on the bench so he can bring some creativity when I need it Ron Vlaar is a strong big defender from the Netherlands. I paid Aston Villa 6 million euro's. This cheap but good defender fits perfectly in my team. He's smart,agressive,inteligent and good.Ron Vlaar played an outstanding world cup in 2014 and at his previous clubs (Feyenoord and Aston Villa) he played very well too. I'm very happy with Ron, although he's not very young anymore, however I'm really curious how this Dutchie is going to play! 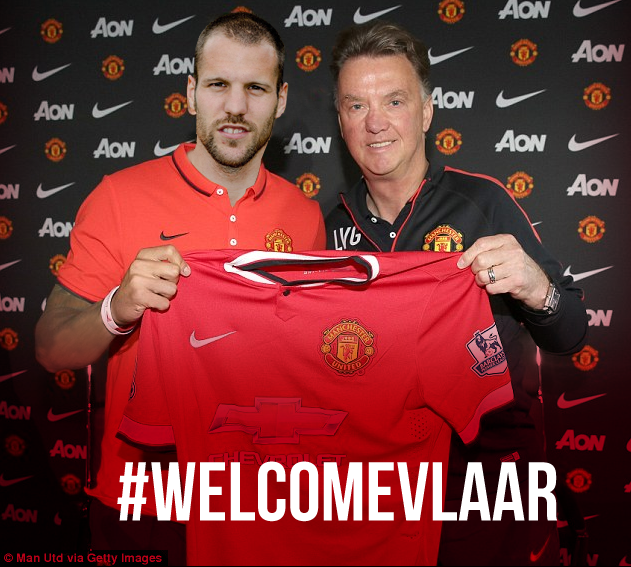 Tony Vilhena is a Dutch wonderkid from Maassluis. Vilhena made his debut for Feyenoord Rotterdam very early and is already one of the best players of Feyenoord. I'm not going to use him in my first season, even though he won't play I'm going to keep him in Manchester this season, if there are any injuries I can use him. I bought Vilhena for 8 million euro's which isn't really cheap but I think he's worth it. Just as Vlaar I'm really curious what this guy will bring me! Filippo Romagna
Romagna is a wonderkid from Italy. I bought the player who played for Juventus for 13 million euro's, which is pretty cheap if you look at his skills. He's really good even though he never played a big match. I'm trying to loan him out to another club but he could also join the Manchester United youth academy for a few years. Romagna is 17 years old so net ready for the first team yet, although I maybe could use him next season. I think this guy will bring me a lot of joy! 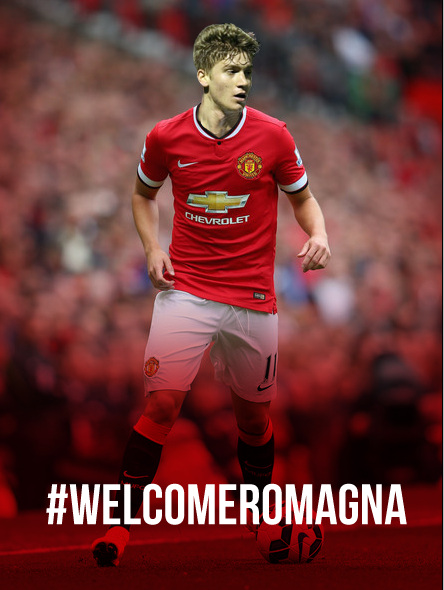 Zakaria Bakkali
Zakaria Bakkali is one of the biggest talents of De Eredivisie. The Belgian wonderkid who played for PSV. He didn't played a match in Eindhoven for 2 years but I think he's good enough for Manchester United. Bakkali isn't ready for the first team yet but I think I'm going to put him on the bench, so I can put him in if I need some speed and creativity. I bought Bakkali for 7.5 million euro's and I'm really happy he joined my team! 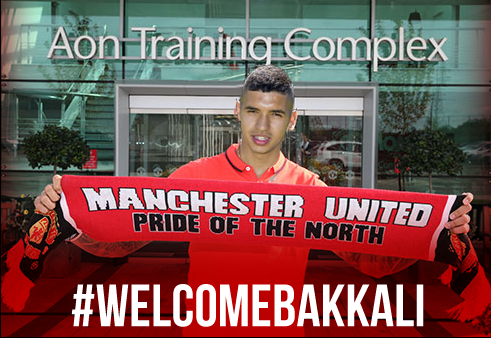 Lee-Seung Woo
I bought the South-Korean wonderkid Lee-Seun Woo. I bought him for 3.6 million. I know that'a quite a lot for a 16 years old but I think he's worth it. He's just going to play in the u18 team till he's ready for the first team 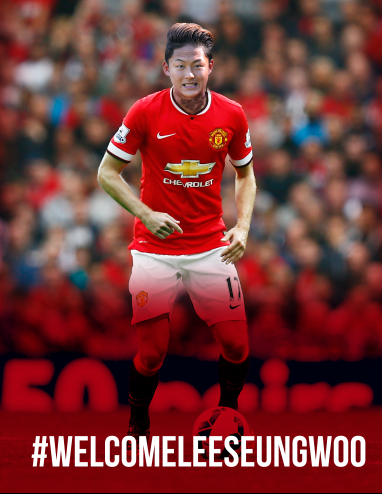 Icarus
5 years
dat Dutch core tho. Lol, this is probably what would have happened if LVG had FULL control of the Club from day one.... Nice signings, although some to me personally seem a tad useless, you'll have to send em off on loan for now as the squad size looks way too big without any actual Cups to play (beside Domestics... Which I take it you're gona aim for both).

Nice update tho, graphics are op good.
Login to Quote

MisterLister
5 years
For my taste it is too much players and too much Dutch players. Good luck in future.
Login to Quote

Although I don't think friendlies are quite interesting or important, we played pretty bad. I tried a few tactics 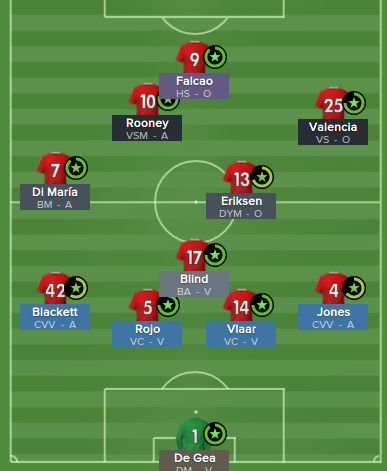 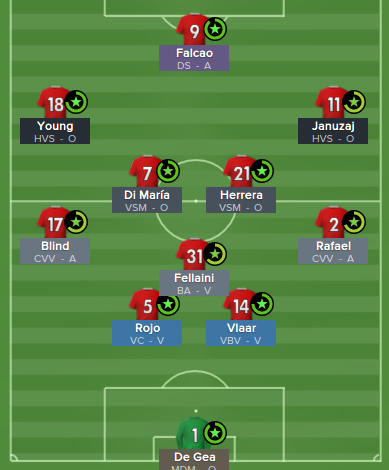 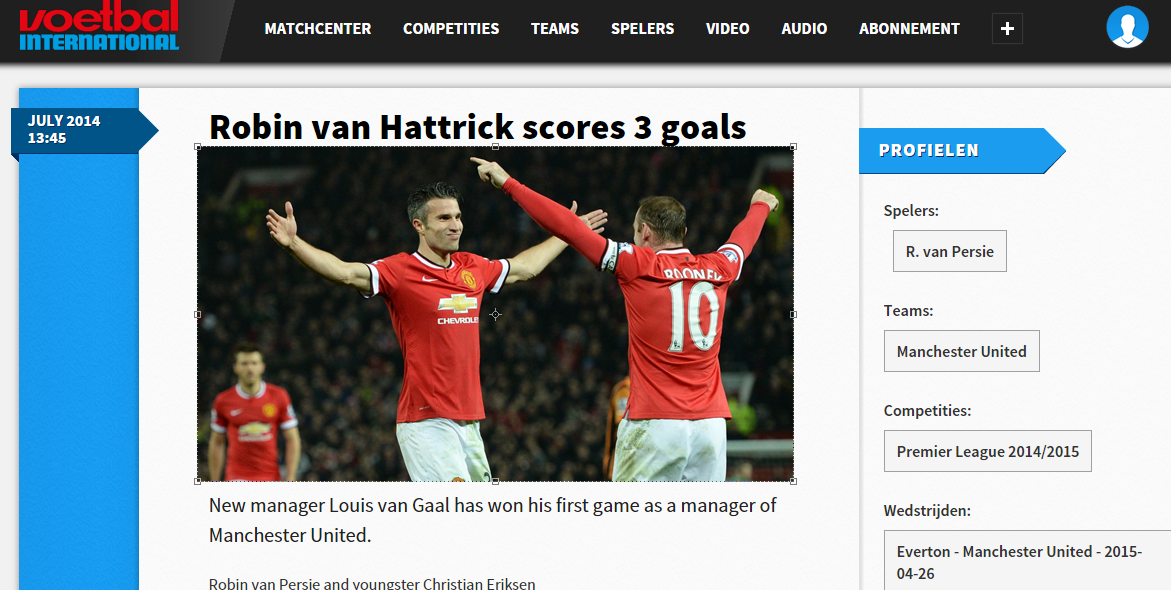 
Dutch striker Robin van Persie scored 3 goals today against Tottenham Hotspur. van Persie scored a stunning goal from 24 meters,a header and a penalty. The Dutchman was very important for his team and manager van Gaal looked very happy with his player van Persie scored 3 goals today, can he be a topscorer this season? I must admit van Persie played a wonderful match today, and ofcourse I'm happy with him, but I think it's too early to say what he will bring this season. I have to say Christian Eriksen deserved the MOTM award, he played really well
Manager van Gaal also played with van Persie last world cup in Brazil. In the first matches of the World Cup van Persie was absolutely one of the best players of 'Oranje'. van Persie is now leading the topscorer list and he sayshe want to keep this form

First Results
[imghttps://i.gyazo.com/69862f9d79daa797f0fc33440f980995.png[/img]
Tottenham vs Manchester United
This match was without a doubt epic. Eriksen,van Persie and Falcao played amazingly. The match started very easy because van Persie scored really quick. We had the ball almost the whole time and the Spurs had no changes. After United had a few chances van Persie scored his second goal. A good header. Eriksen scored 10 minutes later his first goal for United. A stunning goal from 18 meters. van Persie scored in the 70th minute his last and third goal, van Persie was really happy about his goal and he says he hopes to score a lot this season Robin van Persie was injured so he couldn't score goals for United. Luckily I have got Falcao, who's also a world class stiker. He scored 2 goals and played a good match. Also Di Maria played very well. He scored the 3th goal of United in the 80th minute. I was very happy about this match I hope we can continue this
Login to Quote

Iconic
5 years
Well what can I say?

Incredible GFX as always Ric, I agree with Lister that you may have made too many signings, but I love everything else. Tactics are definitely Van Gaal style, I shall be watching. (and commenting)
Login to Quote

Icarus
5 years
Good effort on the graphical level, keep it up.
1
Login to Quote

ToppTobbe
5 years
Wow, the graphics are really impressive. Keep up the good work!
Cant wait for the next post
Login to Quote

Mister Lister Yeah I know, a lot of players but I wasn't happy with the squad

Iconic Thanks! I worked hard on the graphics, and I hope the tactics will work

ToppTobbe Yeah, I think the graphics are really important, I worked pretty hard on it. Thanks!
Login to Quote LAST SIGNING
RICHAIRO ZIVKOVIC
Richairo Zivkovic is one of the best u19 strikers worldwide. Last season he played amazing with FC Groningen, He scored a lot of goals, gave a lot of good passes and became one of their best players. He's not the first wonderkid who started in Groningen. Players like Luis Suarez and Arjen Robben played for 'De Groene Duivels'. I bouhgt him for 7.5 million from Ajax and in his first season he's going back to Amsterdam on loan for one year. I'm very happy with my (last) signing! Cappy13
5 years
I think you game is bugged Balotelli has scored?

Brilliant start to the season will be following
Login to Quote 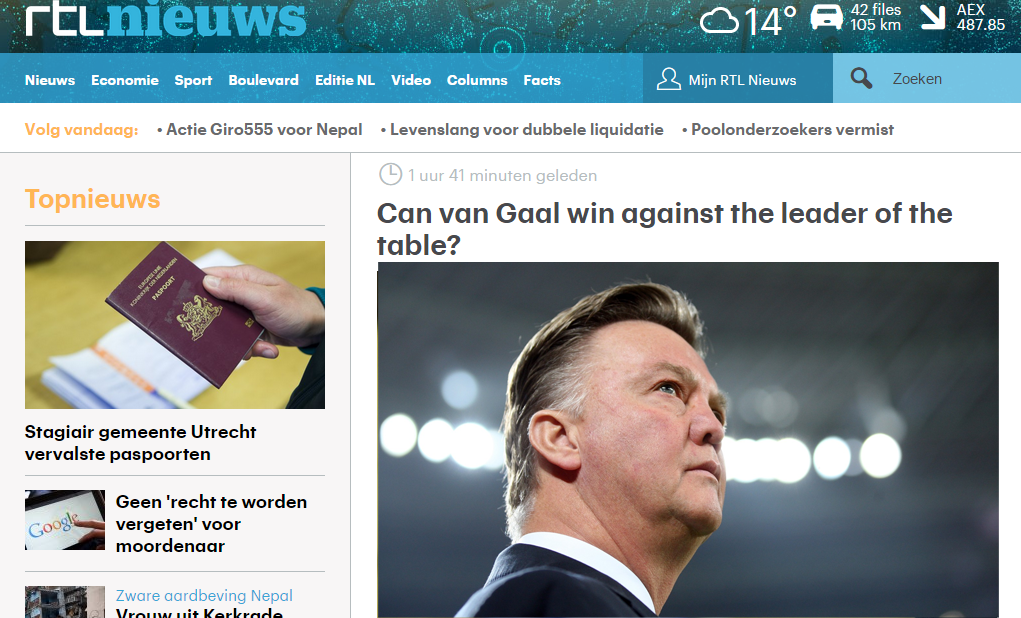 MANCHESTER- Manchester United manager Louis van Gaal has to play against Arsenal tomorrow. Today on the press conference Louis van Gaal seemed very relaxed. He made a couple of jokes with the journalists and could even talk to his favourite journalist, Hans Kraay JR

after a journalist of the BBC asked if he was nervous, he replied very calm: Of course I'm excited, but I'm not nervous, I know my boys can do it. van Persie is fit, Rooney is fit and even Falcao is fit.
Johan Derksen, journalist of Voetbal International asked: What are your predictions?
van Gaal answered: Well, I actually never make predictions. That's what football makes amazing, you can't predict it. Although I think we've a great chance to win this one, even though Arsenal is unbeaten.
A journalist of Sport1 asked the Dutchman if he was jealous on Arsené Wenger, because he has a great squad. van Gaal answered a bit mad:Well of course I'm not jealous. Welbeck was a red devil once but I wasn't impressed by Welbeck. And of course Özil and Sanchez are world class players but I have Rooney,van Persie and Falcao, I would never swap it.
http://cdn.fansided.com/wp-content/blogs.dir/292/files/2014/07/LVG.jpg

A journalist of NOS asked van Gaal if he likes his new job at Manchester. van Gaal replied: Yeah, i really like it here. The fans are amazing, the club is amazing, the history is amazing everything is amazing. Everywhere in the world you can spot Manchester United caps or shirts, this is a really great club.

Özil is an amazing midfielder of Arsenal FC. The German player is one of the best players world wide. His crosses and shots are incredible. He's 26 so still pretty young. As I said he's one of the best midfielders in the world, that's why it suprised me that he joined Arsenal in 2013. I hope Blind won't let him score any goals. 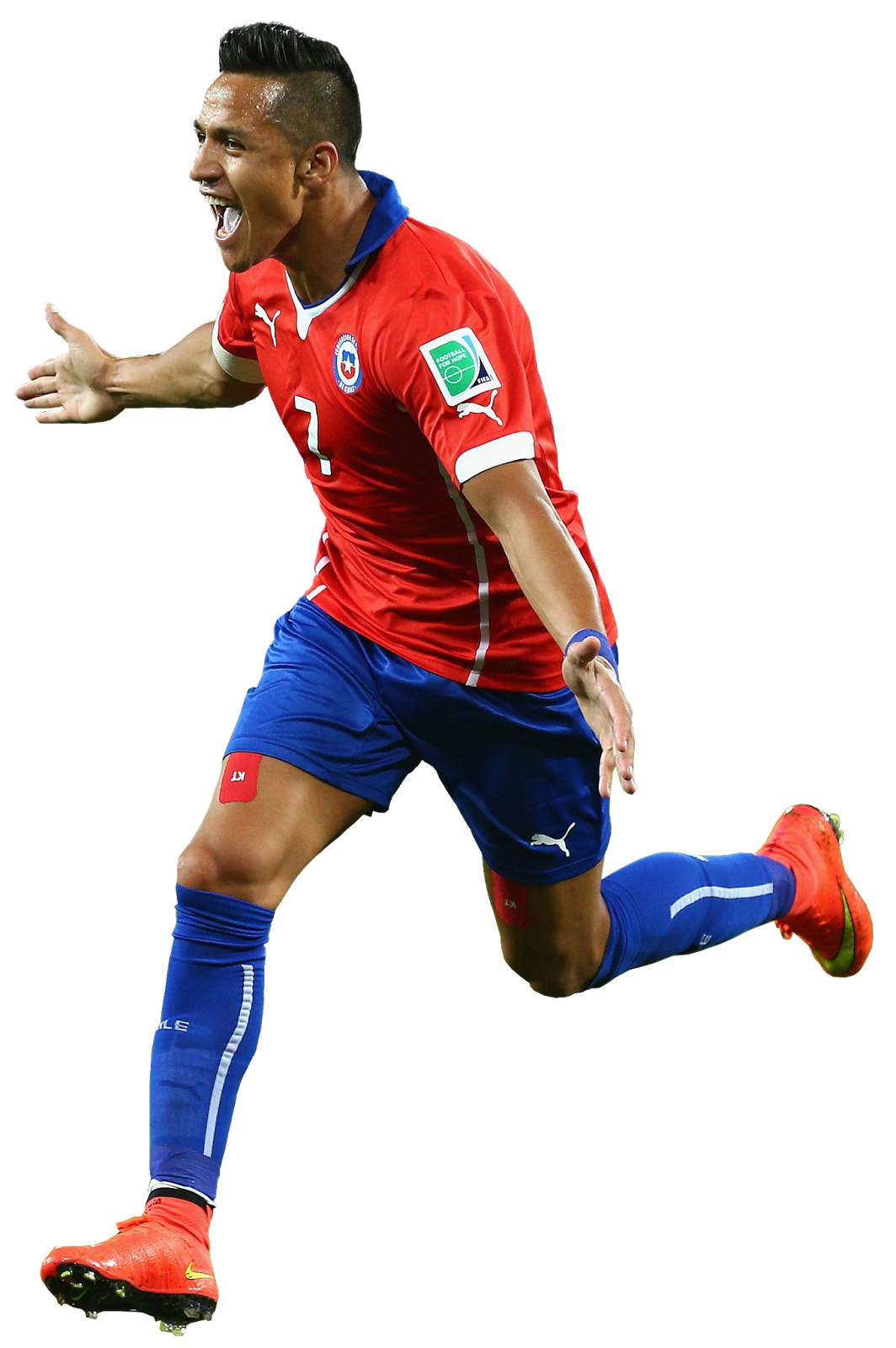 Alexis Sánchez is also one of the or maybe even the best player of Arsenal. He played an amazing world cup and had a good season in 2014. Just as Özil it came as a suprise for me that he left Spain and chose for Arsenal. Anyway he's playing very good this season so let's see if this guy can hurt me.
Login to Quote

You are reading "Manchester United 'That's Another Cook!'".