Ronny is on a mission 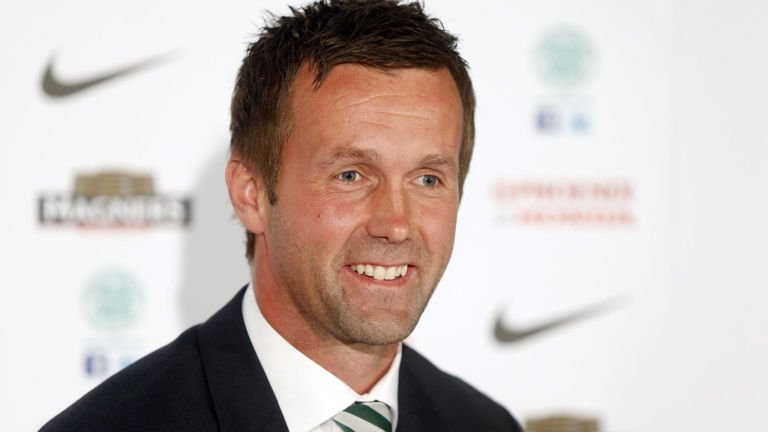 
Only a few days after the announcement of his position, our new manager Ronny Deila has wasted no time explaining to the media of his desire to bring back the glory days that once hailed upon Celtic Park. Speaking to the masses of media from around the world Ronny had the following to say:

"I know the current situation of the league with no Rangers or Hearts in particular certainly makes my job easier. However, I pride myself on aiming for more. In the past this great club has went above and beyond in Europe however, recently we haven't been in amongst it. This will change under my management. I wont leave this ground until I am truly satisfied along with the fans. Mark My word."

The Norwegian acknowledges that this wont come easily, he is preparing to go the long run to successfully create the magic formula the winning formula.

"Of course, this wont come suddenly, it is a gradual progress, we need to be patient and build on what we have which is a great start. We have the infrastructure of any big club, Great Fans, Stable Finance and the determination needed to succeed."

"My first step is to get to the group stages of the Champions League. It is the place this club should be, we are built with champions league football. We need to provide this every year without question to enable that the progression I want is possible. The financial incentive is great and necessary for a club like ours."

This is very exciting news for all involved with the club and its key that we get behind our new boss and cheer the team onto victory. Hail Hail.

Deila accepts some may have to leave 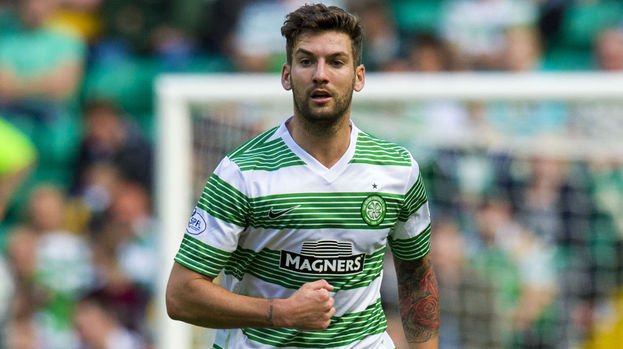 Ronny Deila has wasted no time in revealing to the media that he expects one or two to depart in order to free up space for his planned incomings. Today the Celtic manager announced that some will be moving on sooner rather than later to allow him to bring in the targets he has on his list. When quizzed about whom these players may be, Deila like most managers refused to comment. The bookies however are tipping Charlie Mulgrew and Virgil Van Dijk as the most likely to depart this summer.

Van Dijk is reportedly a hot target for many clubs including those in England. However when asked about the possibility of Van Dijk departing, Deila stood firm, declaring that the talented Dutch centre back would be going nowhere."Virgil is key to my plans, He is a leader and a player I plan on keeping at the club for the foreseeable future. Any offer would have to be very good to tempt us."

In terms of incoming's to Celtic Park, It is widely speculated that Deila is looking into the Central Attacking midfield position as well as another winger potentially.
Login to Quote

One In, One Out 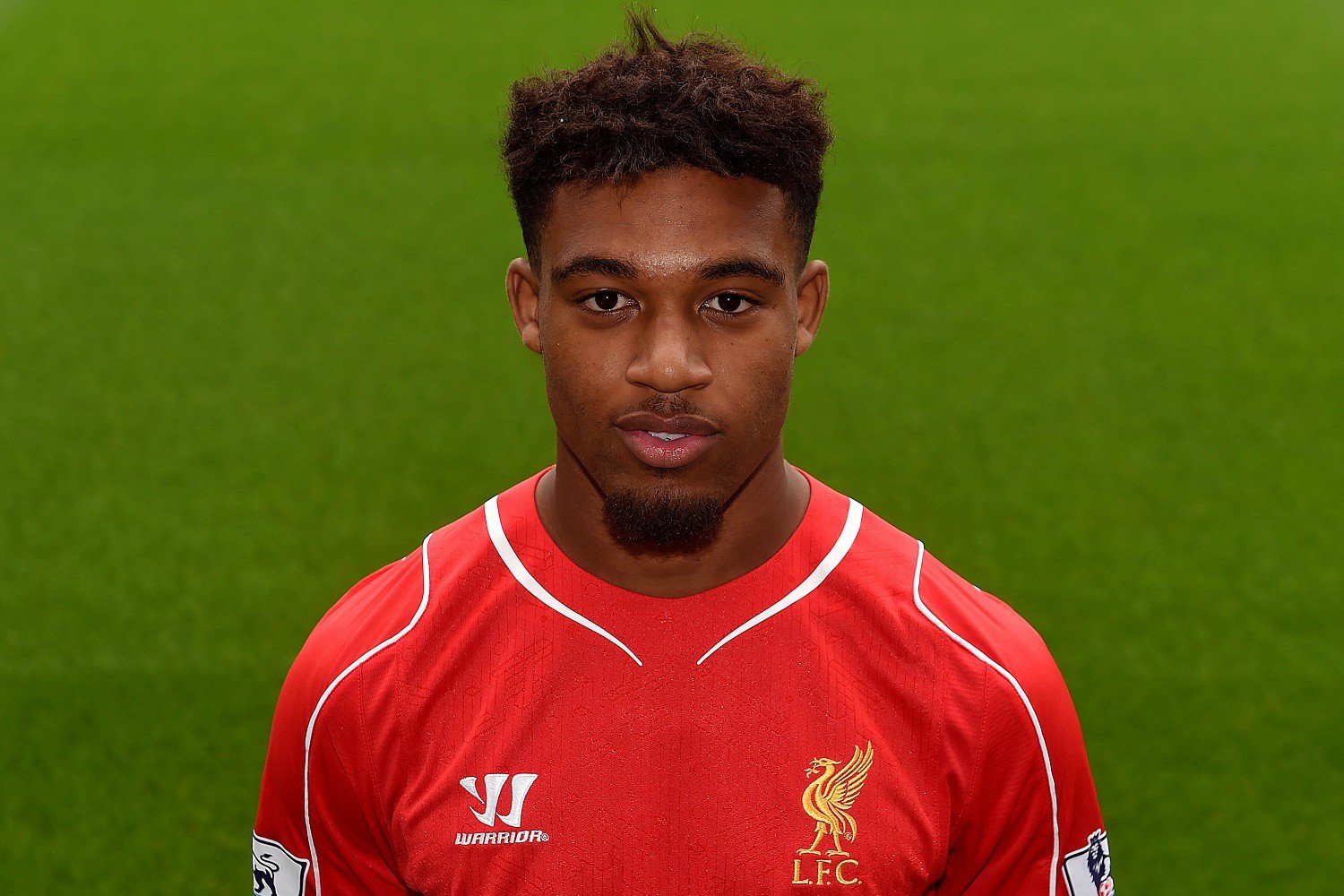 Celtic today have announced the Signing of 18 year old English winger Jordon Ibe from Liverpool on a season long loan. The move, is thought to have been met with high regard for the youngster who is hotly tipped by Liverpudlians to be the next big thing for the reds. Liverpool boss had this to say on the loan "Jordon will learn a lot from this move to Celtic. They are a great club to beat and this experience is invaluable to a player like Jordon and is key to him making it on the highest level." The hoops fans are though to be delighted with the capture of Ibe and are looking forward to seeing the exciting winger in play.

We were also met with the expected news that Charlie Mulgrew has left the club to join Swansea for a fee thought to be around 2.5 million pounds. Mulgrew who had spent 4 successful seasons at the Glasgow giants after joining from Aberdeen has had this to say on twitter: 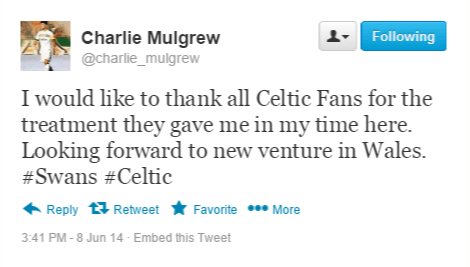 At Celtic Park the departure of Mulgrew has been met with mixed reviews but the general perception is that it was time for him to move on despite being somewhat of a fan favourite in the previous seasons. Assistant manager John Collins had this to say on the matter at a press conference in the clubs training ground "From the time Ronny and I arrived at the club a few weeks ago, I can say that Charlie is a great guy and brilliant footballer and it is unfortunate that we are saying goodbye but under our current plans he was facing being excluded from the squad which for a player of his calibre is not doing anyone good. We are confident with our depth in Charlie's positions that we have not been significantly weakened by his departure." The hierarchy at Celtic are clearly happy with the shape of the squad but it is still widely expected that they will still look to bring in one or two permanent signings to freshen things up which is what seems to be what deila is looking for!
Login to Quote

You are reading "Celtic - Invading Europe".