Arsene Wenger sacked - after 9 long years without a trophy, board say enough is enough 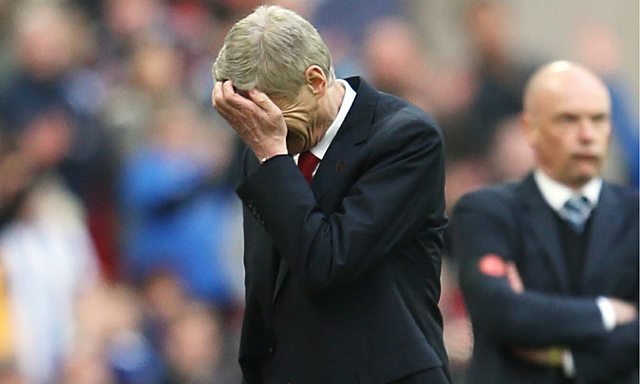 Arsene Wenger has been sacked as manager of Arsenal after a run of 9 trophy less seasons
“Arsenal Football Club has parted company this evening with manager Arsene Wenger,” Arsenal announced on their website.

“First-team coach Steve Bould will continue to prepare the squad as they go though pre season training.

Wenger, 65, took over Arsenal in 1996 and led the London club to the title in 2003, where they went the whole season unbeaten but after 9 long years without a trophy the board has decided to part ways with the Frenchman.

“The club would also like to place on record its thanks to Arsene and take this opportunity to wish him every success in the future,” Arsenal added.

“The club will announce a new manager in due course. There will be no further comment from the club at this stage.”

ToppTobbe
5 years
wow, this could be a very interesting story! If you keep going, I will keep reading. Spot on!
Login to Quote 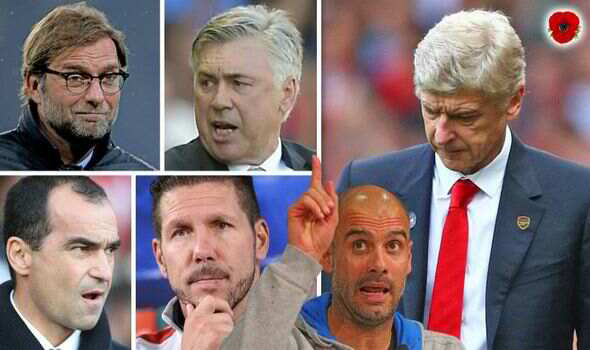 JURGEN KLOPP (Chances of coming to Arsenal - 8/10)
Klopp has been linked with the Arsenal job following six seasons of success at Borussia Dortmund. But he may feel its time to move on, Bayern's reign of dominance doesn't look like stpping anytime soon.

With Marco Reus and Mats Hummels looking to jump ship, Klopp could be left with no reason to stay at the Germany club despite a strong mutual relationship between Dortmund and the 47-year-old


DIEGO SIMEONE (Chances of coming to Arsenal - 7/10)
Simeone is reportedly a target for Manchester City should they wish to replace Manuel Pellegrini, so Arsenal can expect competition if they wanted to lure the Argentine boss to the Premier League. He is happy at Atletico Madrid - winning La Liga last season. But after seeing Diego Costa, Filipe Luis and Thibaut Courtois leave for Chelsea, Simeone could consider replacing Wenger as a step up.

ROBERTO MARTINEZ (Chances of coming to Arsenal - 6/10)
Martinez was touted as a potential Wenger replacement before he left Wigan for Everton. Looks settled at Goodison Park but would have to consider the Arsenal job if offered an interview. Showed his loyalty by snubbing Liverpool while at Wigan in 2012, going on to win the FA Cup that season. May decide his future lies at Everton, but more money, a bigger club and genuine title aspirations could turn his head.


PEP GUARDIOLA (Chances of coming to Arsenal - 2/10)
Has intimated he will look to manage in the Premier League when his contract at Bayern Munich expires in 2016. Wants Manchester United, but City want him. Chelsea also tried to lure Guardiola before re-appointing Jose Mourinho. Would be a shock coup for Arsenal but the ex-Barca boss has revealed his admiration for the Gunners in the past and could look at the job.


CARLO ANCELOTTI (Chances of coming to Arsenal - 1/10)
Ancelotti manages the European champions, so he is almost a certainty not to quit Real Madrid for a top-four battle with Arsenal. But things change at the Bernabeu very quickly and while the Italian is well-liked now, he could be out of favour within months should things sour on the pitch. An injury to Cristiano Ronaldo is probably the only thing that could cause a slump, but stranger things have happened. Admits he fancies another crack at a job in England after leaving Chelsea with unfinished business, winning the double only to get sacked months later. Ancelotti at Arsenal doesn't sound right, but he should be a contender given his achievements.
1
Login to Quote

ToppTobbe
5 years
Decent second update as well! As I said, keep impressing and I will keep reading 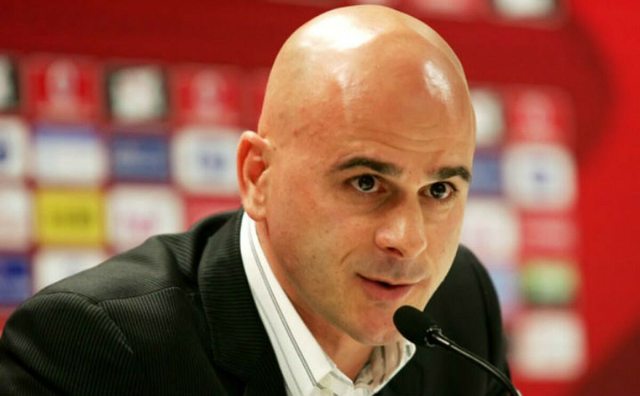 Temuri Ketsbaia is ready to send shockwaves through the Premier League by taking on the Arsenal job.
After a week of bosses like Carlo Ancelotti, Pep Guardiola and Christophe Galtier distancing themselves from the role, the Newcastle United cult hero has blasted away the negativity and insisted: I can make it a success.

Ketsbaia is adamant that Arsenal deserve better – and he says a return to the glory days CAN be achieved within the constraints of a tight budget.

“I am watching what’s going on at Arsenal with a lot of interest and of course I am interested in the head coach role,” he told the Sunday Sun in an exclusive interview.

“There are not many managers in the world who would say no to that club. Any time that the job becomes available, it’s exciting and I am available to speak to Arsenal about it.

“I’d love to manage in England, I always said that and I think I could do a good job. I worked at a club for many years that won championships, I managed in the Champions League and I worked with the national team for five years, so I don’t think the level is a problem. It wouldn’t be a problem and I know all about Newcastle.”

Ketsbaia’s credentials are spells in Cyprus, where he shocked Europe by leading Anorthosis into the Champions League, and five years as head coach of Georgia, where he again upset the odds by beating Croatia in a very credible Euro 2012 qualifying campaign

You are reading "We're sick of waiting - an Arsenal story".