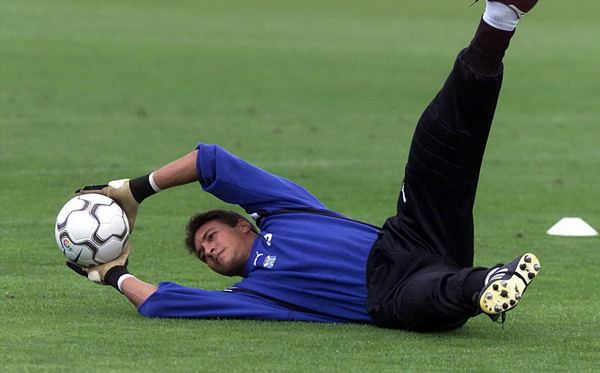 VENEZUELEAN GOALKEEPER RAFAEL PONZO IS ONE OF MARINO´S KEY MEN.

20-year old Simon Gabriel was born in Stockholm, Sweden and is a Manchester United supporter. Simon is new to the football branch and is hopeful that this job can help him come further in to the managment buisness. Simon Gabriel has spoken very positively of this opportunity Marino has given him.

´´I am very thankful to have become Marino de Luanco manager. I hope I can take this club to new heights and i think it will help me grow as manager. I also love the team chemistry and i think the boys work together amazingly as a team. We also have great players for this division like Rafa (Ponzo), Guaya, and Omar Alvarez. I think we can finish mid-table and grow as a team.´´

Simon Gabriel is unexperienced but determined to make it big and says it would be a dream to win Champions League with Marino. That would be a challenge for a team who´s biggest achievement winning Spain´s fourth division 3 times.


Marino has won a tournament named Copa Federación de España which is a cup for the best Andalusian teams the most time of any team winning five and losing in the final once.

You are reading "Marino - A Andalusian Journy".