TheNewPolicy
7 years
@The Motivated One

Yes, he's more like a future striker but we will see.

I will make sure he will become a top striker.
Login to Quote 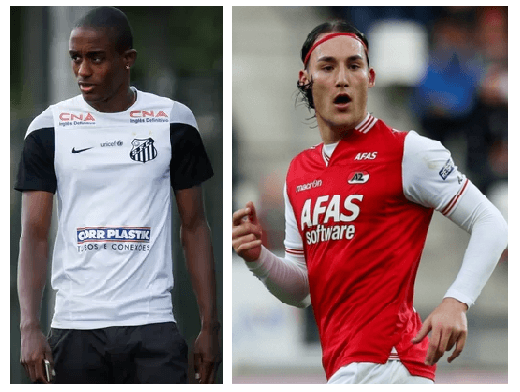 SL Benfica have officially signed left back from Santos, Caju, and center midfielder from AZ, Nemanja Gudjl for a total fee of 6.5M. (150k was paid for the rest 5% of Caju)

The red side have confirmed the transfer of Nemanja and Caju after both players realesed their respective medical test on monday night.

Caju, Santos left back, has transfered to Benfica for a 2M fee, a totally bargain, explained by Paulo Sousa - ''We had to get a left back urgently because Eliseu wasn't in the best shape. We took Caju into consideration because he made an impact in Santos team playing 22 games, scoring 1 and assisting 3 with a rate of 7.33. He has great accelaration, resistance, marking, team work and most important of all, excellent focusing. Those attributes made the 19 year old, Caju, outstand from anybody else that we were looking at, and that's why we brought him in''.

The other signing is the 22 year old, Nemanja Gudejl, the ex-midfielder of AZ has costed the red side 4.5M. Paulo Sousa considers the price he was paid for, ''quite fair''.

''Nemanja Gudejl is a strong midfielder capable of doing various roles. The atributes he is outstanded for are, team work, vision, tecnic, first touch and passing. I will try everything to keep him here, he had an outstanding leadership role at AZ.''

Nemanja Gudejl arrived AZ in 2013/2014, playing 29 games and scored 5 goals. He signed a contract with a 60M realese clause being paid 30,000 p/week with an option of contract extension (1 year) after being played 30 games. The midfielder was also guaranteed for 5 seasons.
Login to Quote 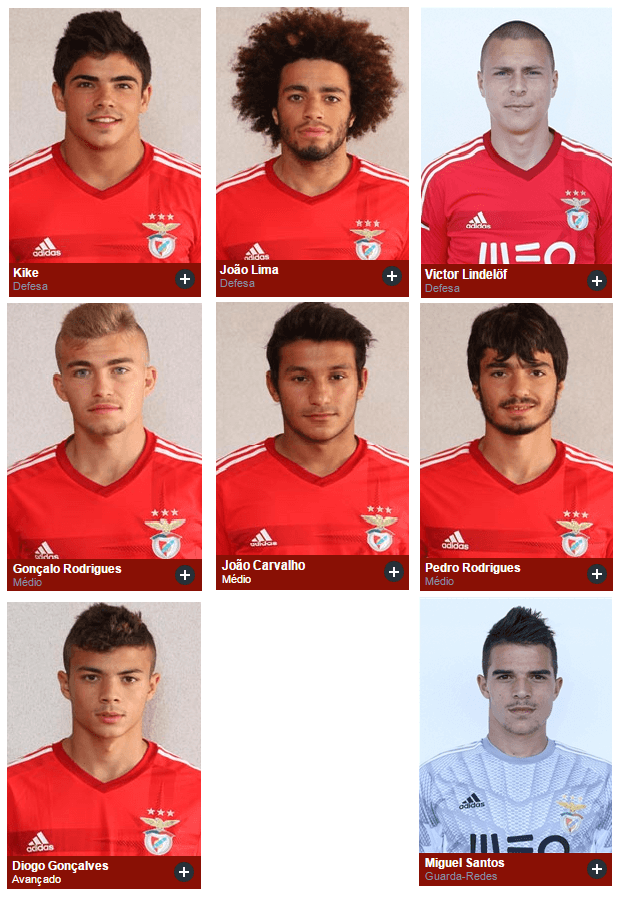 8 players from Sport Lisboa e Benfica have just signed their first professional contract. Paulo Sousa is delightfull that Benfica's SAD has accepted his new filosofy of betting in the youth more often.

Kike, spanish left back, directly from the youth team has just signed a contract with a 5 season deal, recieving 425 p/week w/ a realese clause of 45 Milion. SL Benfica's direction have choosen to loan him out to Varzim's senior team from Portugal 3rd league in order to obtain some more experience. Benfica will pay 100% the salary of the 17 year old while he plays for Varzim.

João Lima, portuguese center back, has signed a contract with a 4 season deal recieving 1,000 p/week with a realese clause of 50 Milion. He will remain in the youth team for one more season nd then probably be promoted to SL Benfica B.

Victor Lindelof, swedish right/center back, has signed a 5 season deal recieving 7,000 per week, the highest wage of those new contracts signed. He was directly promoted to the Benfica's senior team to replace Silvio if he's not in the best shape. The 20 year old is delightful to sign this contract with a realase clause of 60 Milion.

Gonçalo Rodrigues, portuguese midfielder, has signed a new contract for 4 seasons recieving 250 p/week with a realese clause of 30M. He will remain in the youth team then probably be loaned out.

João Carvalho, portuguese ofensive midfielder, has signed a new contract for 5 seasons recieving 545 euros p/week with a realese clause of 45M. He was promoted to Benfica's team B and is competing for a spot with Renato Sanches, yet another youth player that signed a new contract. Benfica choosen to give him a shot next season at the senior team if he meet Benfica's direction requirements.

Pedro Carvalho, portuguese midfielder, has signed a new contract for 5 seasons recieving 1.7k p/week with a realese clause of 45M. He has been promoted to red side B team. He's one to watch.

Diogo Gonçalves, portuguese striker, has signed a contract for 4 seasons recieving 574 p/week with a realese clause of 45M. He has been loaned out to Varzim to play with his partner, Kike. The 17 year old has been considered one of the next Portugal's world class striker. He's a wonderkid.

Miguel Santos, portuguese goalkeeper, has signed a contract for 2 seasons recieving 250 p/week with no realese clause. He has been promoted to SL Benfica Team B. He's being chased by 2 sides of the Portugal first division.

SimichC
7 years
Amazing updates, I love this story. KEEP IT UP!!!!!!
Login to Quote

There has been rumours that a big name would come to the club... Wether it's true or not, it's up to you to know if you follow the rest of the story!
Login to Quote 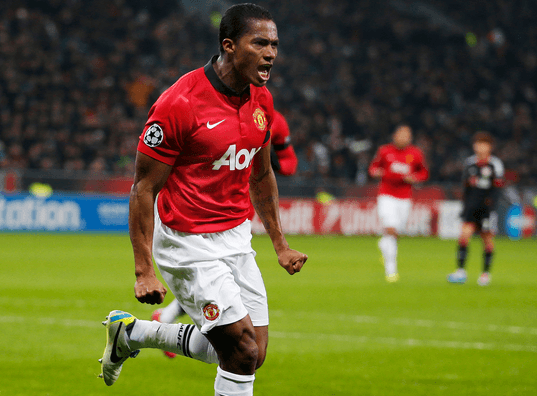 Recent news have appointed Antonio Valencia as the next target to be signed, most probably to be loaned.

The 29 year old right ofensive midfielder arrived at Manchester United in 2009/2010 for 18.75M, he made a straight impact once he was signed, playing 34 games and scoring 5 goals for the devil side. Since then his perfomance has been decreasing.

In 2013/2014 season, Valencia has played 29 games scoring only 2 goals which explains why Manchester United has decided to loan him out.

He's been appointed as a replacement for Salvio due to the high market attraction to SL Benfica's right winger. Big names like, Manchester City and Napoles are after the 24 year old right winger.

Salvio has a realese clause of 50M, and Paulo Sousa affirmed - ''He will be only sold once the realese clause is beaten, we're trying to keep everyone at the club''.

We asked Sport Lisboa e Benfica's manager, Paulo Sousa, if this rumour was true which he replied ''I will only talk/work with the people that are officially at the club. If he will be signed or not, that's what you will have to wait and see.'', he also made a shocking comment - ''Big names don't create history, team union does.'' -

We do know one thing, Antonio Valencia is a big name for a big club, we will have wait and see if this rumour comes true or not.
Login to Quote

You will have wait and see! 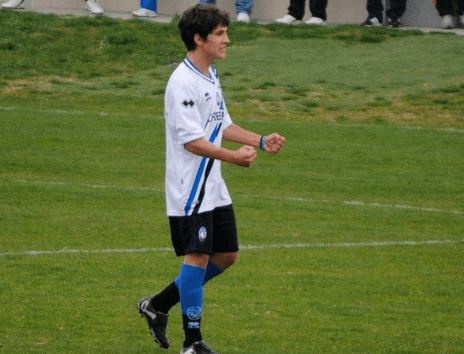 Tiziano Tulissi has been signed by SL Benfica for a 3 season deal being paid 7.5k p/week with a realese clause of 45M. Benfica has one year contract extension choice.

This signing has marked an end of Sport Lisboa e Benfica's transfer window as Paulo Sousa claimed that he won't buy anyone else. Antonio Valencia has been taken off from the transfer list target for various reasons. Paulo Sousa - ''We declined every offer for Salvio which means he will stay here at the club for another season. Antonio Valencia has wages that SL Benfica isn't capable of paying.''

Tiziano Tulissi plays in Salvio position, and he will be competing for spot with Victor Andrade from team B.

Tiziano Tulissi has stared his professional career in Atlanta's Youth team 2013/2014. He is a very promising 16 year old winger. The atributes that makes him outstand from anybody else is his determination, accelaration, resistence nd vision.

The red side has paid 1.1M for the 16 year old winger. These are the Paulo Sousa's reaction:

''Yes, we've been scouting Tiziano Tulissi, someone's that is young but ready to replace Salvio. He has great tecnique that makes him outstand from anybody else. He won't be loaned out, he will be in the senior team for the rest of the season. We've high expectations for this kid.''

Antonio Valencia is no longer an option of SL Benfica's plan. Salvio won't be sold to any team due to low transfer fee from other clubs.
Login to Quote

Kippax
7 years
You should win the league fairly easy. On my Maritimo save Benfica won the title in the first 3 seasons. Anyhow, good luck!
Login to Quote

Thank you !
Login to Quote 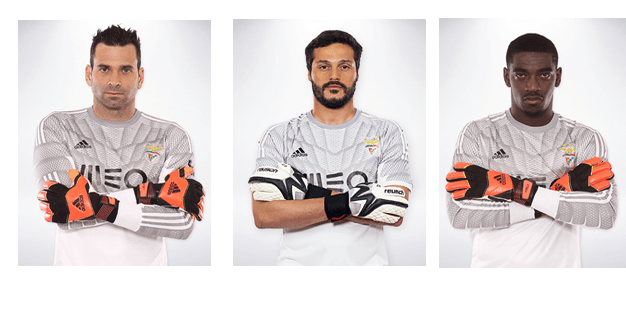 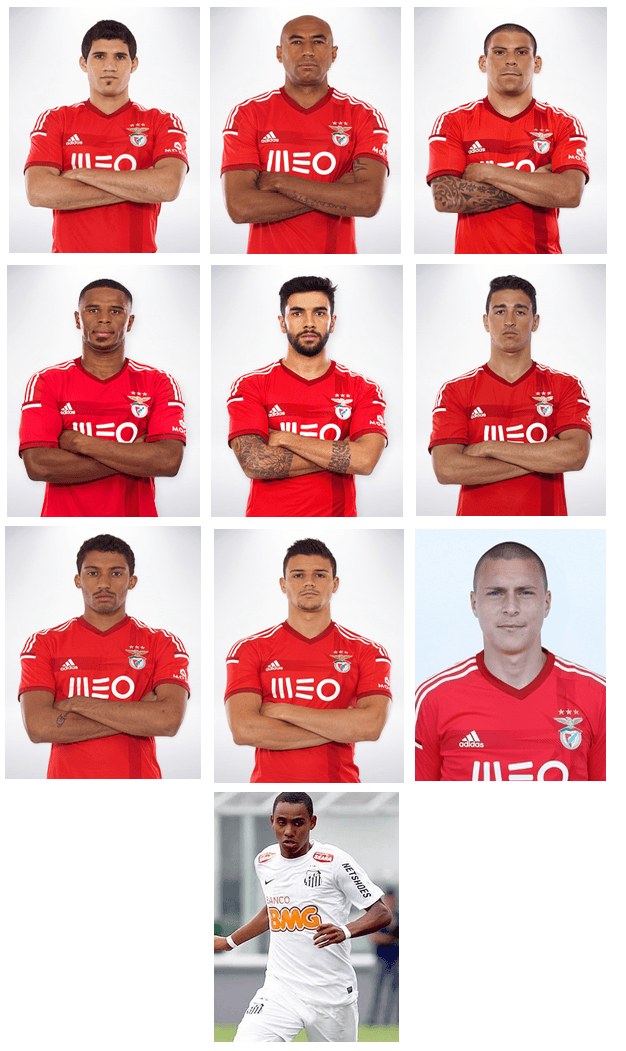 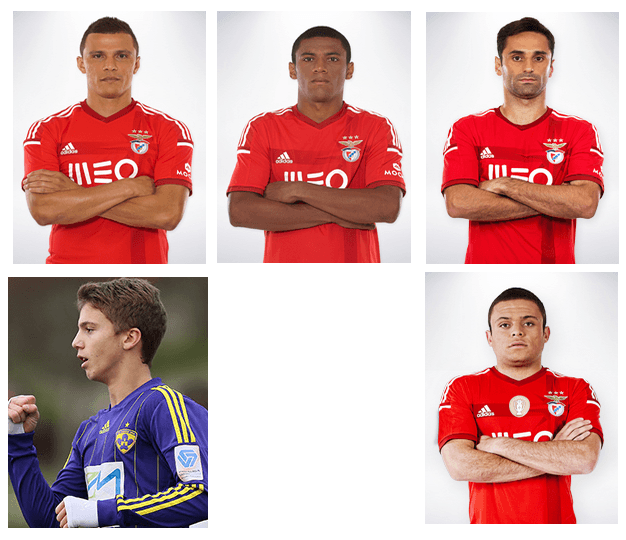 
SL Benfica will start off their friendlies and their official pre-season games in Germany againts a second division team Hamburg St.Paulis. The next game is yet another game againts a germany second division team named Ingoldstadt. The red side will then come back to their country earlier due to the Supertaça - Final againts Rio Ave.

Benfica have 2 more pre-season games in Portugal, one againts a portuguese 3rd division side named Varzim where it has been loaned 2 of Benfica's player. The final friendly will be againts SL Benfica B to prepare againts Rio Ave, one week later.

Paulo Sousa affirmed that there's is no spots taken, everyone can get in the first team. They will have to work for their spots in the pre-season. According to him, he will choose a specific first team lineup to create problems for the green & white side, Rio Ave.
Login to Quote

Player of the Pre-season 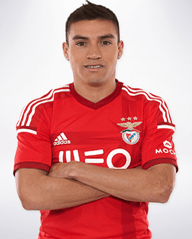 
Paulo Sousa - ''4 games, 4 victories. Yes, it's true. We are unbeaten however, the results don't sastify me because we should have scored more goals againts the weaker sides we played againts, like Varzim. We will work everyday to strenght our weakness. The team is ready to play the final and the confidence is high.
Login to Quote 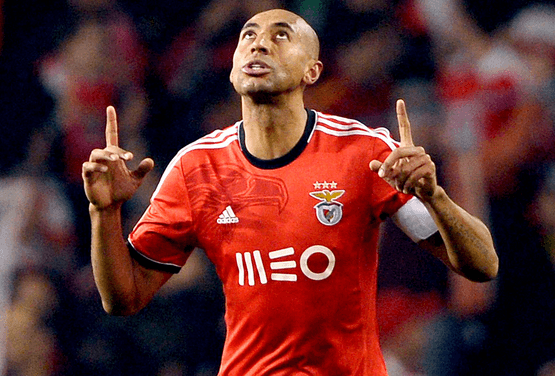 All the changes of filosofies, transfer market have had an impact to Sport Lisboa e Benfica. We came to a conclusion that we should interview Benfica's captain to get knowledge of his opinion.

Interviewer :Thanks for accepting our interview request, Luisão.

Interviewer :So, the first thing Paulo Sousa did when he came to the club was adding a filosofy to the current one and that is ''Bet on the youth more often'', would you agree with it?

Luisão : Yes, obviously. Youth's team are making a diference in today's football. Let's take a look at Barcelona, they produced amazing talents without wasting a single euro. Players like Messi, Xavi and Iniesta that were made in Barcelona academy are now making a diference in the first team. I've had number oppurtonities to watch the youth team and there's amazing players like Gonçalo Guedes, Linderof, João Nunes and many more...

Interviewer : We came to a conclusion that SL Benfica's direction accepted his filosofy because as we know, 8 players from the Youth academy have signed their first professional contract. Do you think it's a Benfica's new era comming up?

Luisão : No, it's not a new era. It's simply a change of ideas, Benfica will always remain the same, victorious and glorious. I'm glad those ''kids'' signed their professional contract. It's good for them and good for the club, because we finally can find replacements inside the club without having to waste milions.

Interviewer : Do you notice any changes in what used to be Jorge Jesus trainning to this one?

Luisão : Both are great trainers, that also includes the type of trainning they make. Paulo Sousa gives alot of intensivity which it only can help us to grow. From the 3 part of the field, defenders, are what he trains the most.

Interviewer :Do you feel like the new transfered players are adapted?

Luisão : I do think so, we laught alot. We've an excellent union between all of us. That will make a diference throught all the season. I made sure that the new players feel welcomed to the club and I gave them a tour to meet the structures and the people they will be working with.

Interviewer : The Supertaça - Final is in about 5 days, how do you guys feel?

Luisão : I made sure everyone knew the importance of this final. We want to win everything nd we want to have a great season. Winning a cup before the season start would give us way more condifence. Everyone is going to give his best to make sure we bring the cup home.

Interviewer :Thank you, Luisão. It's all for now, good luck.

Luisão : No problem, thank you.

It seems like everyone is confident to the final and Luisão makes the impact thing as a positive thing to the club.
Login to Quote