Arsene Wenger calls time on his illustrious career after his stops at AS Monaco, Nagoya Grampus Eight and most notably his time in Holloway, London with the Arsenal Gunners. He leaves Arsenal with a career record of 613-249-204 in 1,066 games. Overall in his managerial career he is 814-332-356 in 1,502 games.

Many pundits are wondering who will be next in line for Arsenal's managerial spot. Fingers are pointed at Borussia Dortmund's Jurgen Klopp, Napoli's Rafa Benitez and former Arsenal and Barcalona star Thierry Henry. 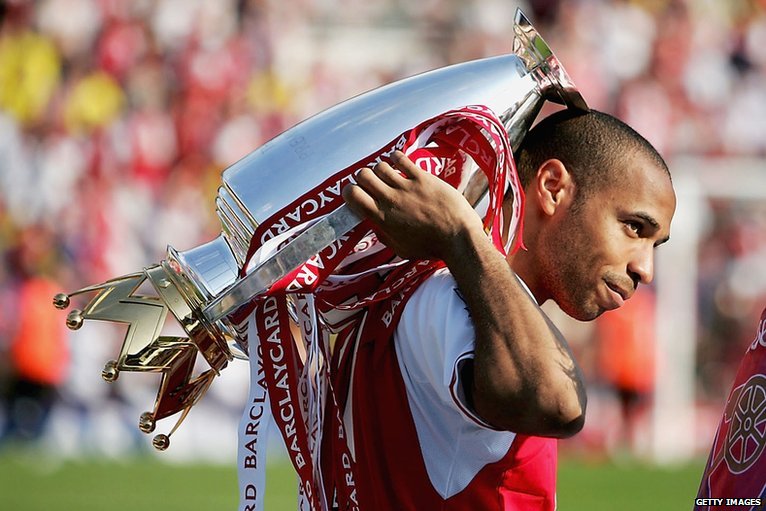 Will Henry be able to carry Arsenal to another Premier League Title?
Login to Quote

swanny8589
7 years
Good luck mate, will you change Arsenal policy of only bringing in Children?
Login to Quote

New manager, new policy. I haven't decided what I will do. If it will be just english born players or just anyone I see fit.
Login to Quote

thanks Glenn T, your Liverpool story inspired me to start a story
Login to Quote

And welcome to the site
Login to Quote

Sir Chips Keswick has named a new manager to Arsenal in the wake of Arsene Wenger's retirement. Arsene's retirement brought an end to his 18 year tenure. During this tenure he won 3 Premier League titles, 5 FA Cups and 4 Community Shields. He leaves as one of the best Premier League's best managers ever.

Those in the running for the coveted Arsenal are Borussia Dortmund's Jurgen Klopp, Napoli's Rafa Benitez and former Arsenal star Thierry Henry. However, since Borussia and Napoli wanted to Klopp and Benitez run out their contracts and Henry having no experience, Chips went another route naming Dennis Bergkamp new manager.

Now it is time to start the Dennis Bergkamp Era.
Login to Quote

You are reading "Arsenal Gunners FC: A New Beginning".