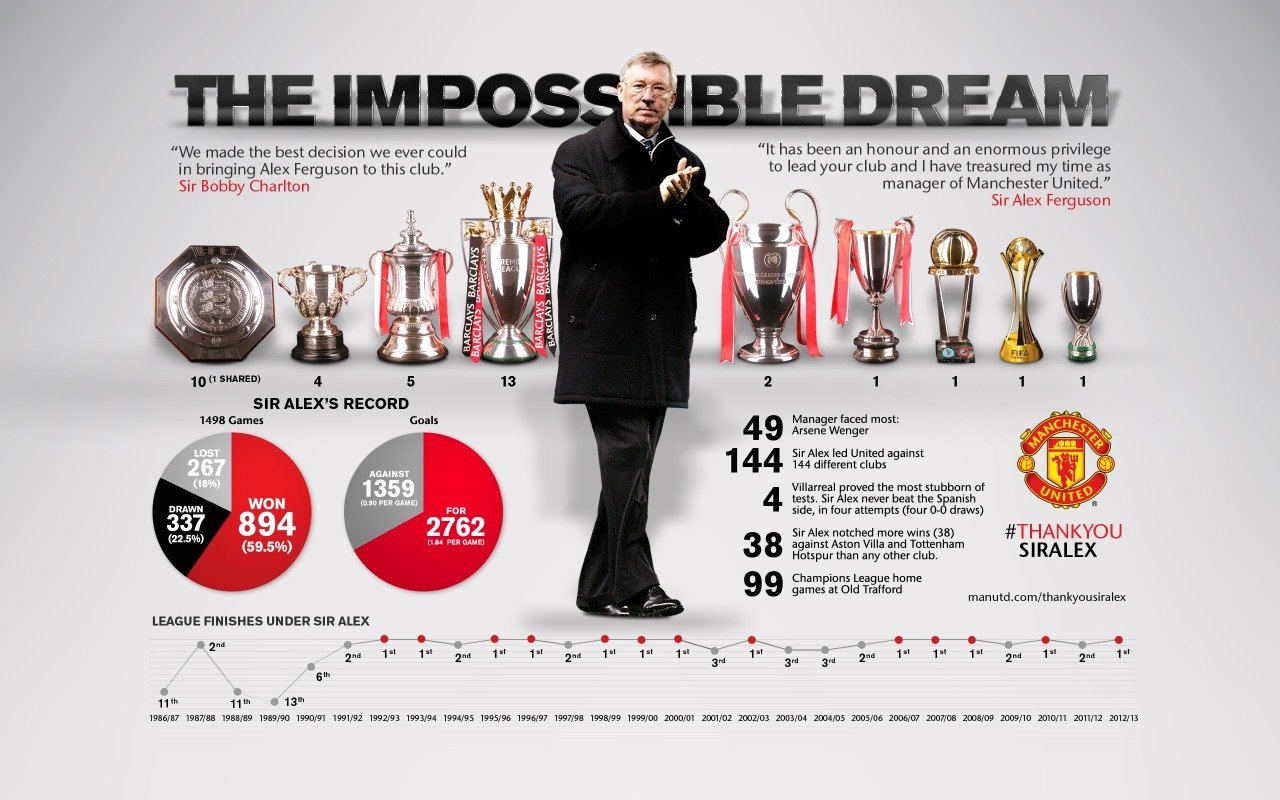 Aim to bring youth players through - Ferguson often focused on bringing youth through, notably in 1996 with the likes of Giggs, Beckham, Neville, Scholes, Butt to name but a few, aka Fergie's Fledglings.


Win a domestic cup within 4 seasons - Ferguson won his first cup vs Crystal Palace in 89/90.

Win a league title within 7 seasons - Ferguson won his first title in 92/93.

Win a league and cup double within 8 seasons - Ferguson wonhis first double with United in 93-94.

Win a league, cup and Champions League within 13 seasons- Ferguson won the infamous treble in 98/99.

HAVE FUN!
I did not come up with this.
Login to Quote

InvertedWingbacks
7 years
gots me some Sunderland; will report back at the end of the season
Login to Quote

You are reading "The Sir Alex ferguson Challenge".