http://img13.deviantart.net/4317/i/2010/195/4/4/mysterious_path_by_latyrx.jpg
Hello, FMScouters, and prepare yourself. This is another story from AlexTHFC, after The Pozzo Connection ended due to the… umm… connection… ending. This will be my final attempt at an FM15 story, and probably a story in general if this doesn’t go well.

This will be slightly different from the ones I’ve done in the past, because there will be more of a story element to it, and it won’t just be FM. The previous stories are stories that I’ve found rather boring, and this leads to the save being boring.

I’ve had a bit of a break from the site, and from FM, but now I’m back with a save I’m enjoying.

Over the next few days, I won’t be updating regularly, because I have family coming round until Sunday, but after that, I should be updating not necessarily daily, but often enough. 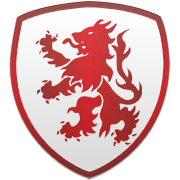 Yes, I’ll be doing another Championship story. I’ve done Wolves, I’ve done Watford, and now I’m moving on to Middlesbrough. A club with a rather successful history, considering they’re now a Championship club.

Why have I chosen Middlesbrough? Because they just lost out on promotion through the play-offs after a defeat against the much less entertaining Norwich City, and they are now one of my favourite clubs in the Championship after Watford were promoted, of course.

I enjoy Championship saves because after that promotion, you have a season or so of maintaining your status and that is something I enjoy in Football Manager. A challenge that isn’t too easy but isn’t too hard either.

This story will be a blend of FM updates and story-based updates. I hope some of the story surprises you throughout.

The manager will be a made-up person, but the details of this made-up person will be hidden for now, because they are very key to the storyline I have planned. That’s all I’ll say on this matter no.

Fantasy
7 years
I look forward to this, I love Middlesbrough!
Login to Quote

Shhhhhh I had exams

Good luck bae, expectations are high, so, this better be good and last. I wish you all the best <3
Login to Quote

AlexTHFC
7 years • Edited
Fantasy: Thanks, hope I don't let you down.

Thanks bae, I'll try my best <3
Login to Quote

http://thelawaccordingto.uk/wp-content/uploads/2014/11/karanka_1884349a.jpg
Aitor Karanka as manager of Middlesbrough, but is his place under scrutiny?
It was the Sky Bet Football Awards Ceremony last night, and while the awards were as questionable as usual, with several outstanding footballing figures missing out on an award at all, the main talking point of the evening was the angry rant from Middlesbrough manager Aitor Karanka.

The controversial speech stemmed from the Sky Bet Championship Manager of the Season Award, where Karanka, 41, Eddie Howe of Bournemouth, Slavisa Jokanovic from Watford, Wolves manager Kenny Jackett and Brentford’s Mark Warburton were up for the prize. Karanka took third place, with Warburton in second and Howe in first.

As Howe went to collect his award, Karanka was heard muttering curses to himself. He then began ranting about Bournemouth, Middlesbrough and the staff working with him. He was also heard talking about the Boro players.

A few of the quotes reported to BBC are as follows, ”How the hell does that a******* manage to win an award…”

”The only reason I’m actually here is because of that c*** Dimitrios and his s***** game tactics… we’d be in the Premier League now and I’d be too f****** busy and heroic to even be here.”
”If Karanka is to keep his job at Middlesbrough, he needs to do something amazing. Even if he does, however, he’ll be under huge scrutiny for the season, and probably beyond. This is the worst thing he could’ve possibly done after a fantastic season.”
In the 2014/15 Championship campaign, Karanka lead Middlesbrough to a play-off final appearance, but they lost out on promotion to the Premier League after a 2-0 defeat against Norwich City.

They were in with a good chance of getting promoted, but a mistake in judgement from the Spaniard lead to a defeat in added time as he sent goalkeeper Dimitrios Konstantopoulos forward in the penultimate match of the season against Fulham. The score was 3-3, but finished 4-3 as Ross McCormack scored in the last minute as the goal was empty.

At the award ceremony, there were awards for Joe Garner, Karl Robinson, Matt Tubbs and Jimmy Floyd Hasselbaink. Also, the Sky Bet Overachievers Award went to Championship side Brentford.
More: Reactions to Karanka rant
Various managers who were at the event have reacted over Twitter, and previous footballing stars have expressed their beliefs over the matter as well. Here are some of the best reactions from the world.

Gary Lineker: “Let me tell you, Karanka’s got a lot to make up for after that… He has to apologise to the Blackpool fans. All ten of them.”

Eddie Howe: “Doesn’t offend me one bit to be honest, he’s got nerve though, that’s for sure. Oh well, at least we’re in the Premier League this season.”

Patrick Bamford: I said to myself I wasn’t going back to Middlesbrough this year, looks like I was right to. What a mess they’re in…”

Dougie Freedman: “I’m not shocked by what happened. He was acting weird all night, it was quite bizarre. I’m just wondering what was going on in his mind…”

Of course, with Twitter, random strangers who are unaffected by the incident have had their say. Let’s see what they’ve put on social networking too.

Karanka is yet to speak publicly about the matter, but we are thinking that he has a lot of explaining to do following this controversy.

The 2015/16 Championship campaign is due to start in a month and a half, which would give Middlesbrough a rather short time to repair the damages Karanka has caused in just one night.
1
Login to Quote

keep it up bae
Login to Quote

Love your little "and and"

RicardoKishnaLauraMacarenaFace: Thanks! I've only made the banner and that's the only bit of GFX there is so I'm not quite sure what you're talking about but thanks

Other than that, great start and best of luck!

http://i4.gazettelive.co.uk/incoming/article8588015.ece/ALTERNATES/s615/aitor-karanka-award.jpg
Karanka after winning Manager of the Month this year. Who would’ve predicted his downfall then?
Following the events of Saturday’s Sky Bet Football Awards, Middlesbrough have decided to terminate manager Aitor Karanka’s contract, effective immediately. This was to be predicted after calling the club “no f****** good” and ranted about Bournemouth’s Eddie Howe, as well as Blackpool.

Karanka, 41, joined the Championship side in November 2013, taking over from Tony Mowbray. In his first season, Karanka lead Boro to a 12th place finish.

However, his achievements in the 2014/15 season were more to be boasted about, and this may have been the reasoning of his rants.

The club finished 4th in the Championship, and did have a strong chance of automatic promotion. However, a defeat against Fulham all but dashed those hopes, and Middlesbrough qualified for the play-offs.

They reached the play-off final, but lost 2-0 in an anticlimactic match against Norwich City after a 5-1 thrashing of Brentford.

One of Karanka’s successes at Middlesbrough has been the loan signing of 21 year-old Patrick Bamford, who won awards for his spectacular play.


Boro chairman Steve Gibson said, ”We do not wish to discuss the exact circumstances of Aitor’s sacking, because it has been a disgrace onto our club and the less said about it the better. He has been made very aware of our feelings about the previous few days and nothing is unclear to him.”

The Spaniard’s last game with Middlesbrough was, of course, the 2-0 play-off final defeat against Norwich City.
More: Karanka Causes Controversy At Awards
In his time at Middlesbrough, Karanka had a win percentage of 50.57%, winning 44 of 87 games. His goal difference is +49.

In his footballing career, he played a total of 358 club games and 7 international games, for Spain and for Basque Country.

His youth career began at Corazonistas, before moving on to Alaves, and then Athletic Bilbao in 1991.

1992 came, and he was a regular player for Bilbao Athletic for two years, picking up 53 appearances and 2 goals. In 1993, he was then promoted to the main squad and played a total of 118 games for Athletic Bilbao. He scored another 2 goals.

Real Madrid then signed Karanka in 1997, and was bought as back-up. However, he appeared in 33 Champions League fixtures for the club, including the 3-0 victory against Valencia in 2000.

After five years at Real Madrid, he returned to Athletic Bilbao in 2002, scoring 2 goals in 64 matches for the club in his four years. He then switched to the Colorado Rapids, and played one season there before retiring.


Gareth Southgate Former Middlesbrough manager and player
“Nobody can say they’re surprised at Karanka being sacked. The things he said at the awards on Saturday were inexcusable, and this will follow him around wherever he goes - in the footballing world, or elsewhere.

The attention now turns to Middlesbrough, and who they’ll choose to replace him. This is the best time to get rid of a manager, as there is time for bonding with the players. However, whoever takes on this job will have to do things quickly, because the fans will be expecting big things this season.”

Currently linked with the post are Harry Redknapp, Paul Lambert and Mark Warburton. However, former Newcastle manager John Carver is the favourite at this moment in time.

Also Related To This Story
Karanka Causes Controversy At Awards
Where Will Warburton Go Next?
How Bournemouth, Watford and Norwich Will Stay Up
Anderlecht Qualify for Champions League Before Season Begins
Carver Inducted Into Sunderland Hall Of Fame
Blatter Signs With Virgin EMI Records
1
Login to Quote

AlexTHFC
7 years
pompeyblue: I'd change it, but... I've done it for all of them.

Tellak: Everything will be explained... This isn't just some weird thing to get rid of Karanka

swanny8589
7 years
ohh this is interesting.

Carver in Sunderlands hall of fame, thats worthy of SOTM right there
Login to Quote