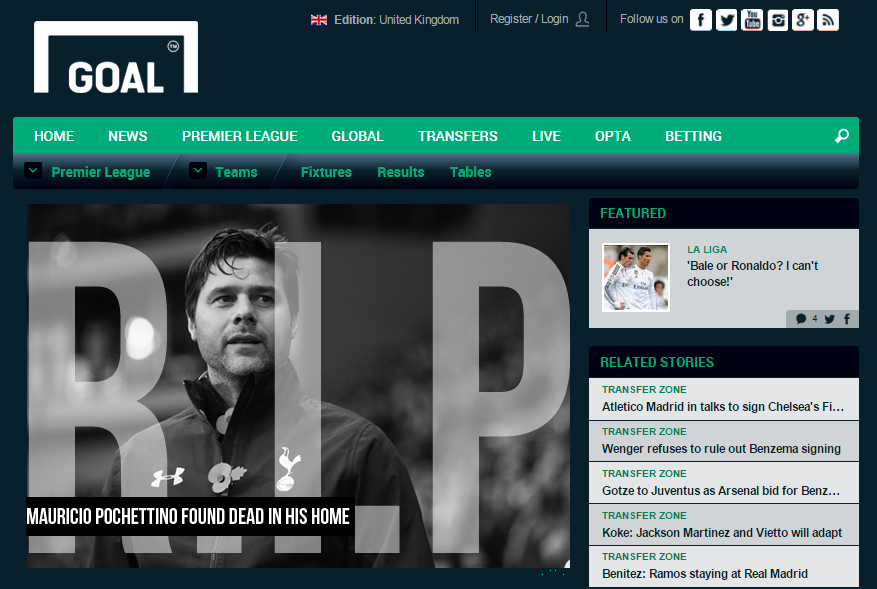 LONDON - Shocking news from London as the English police annouced today that Maurio Pochettino, manager of Tottenham Hotspur, is found dead in his home. The manager from Argentina laid next to a knife and probably, he's murdered

His family did not talked to the media yet, they first want to talk with the police and they want to wait till the funeral. The police annouced that more information will follow.
Login to Quote 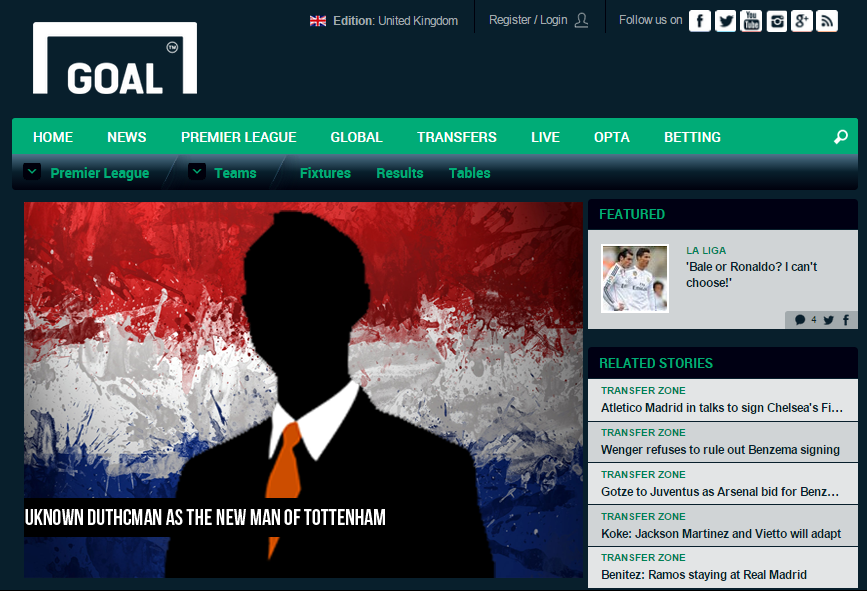 London- While England is mourning, the life of Tottenham is going further, today they presented their new manager, A very young Dutchman from Oosterbeek. The manager is very unkown but already managed some big amateur teams in the Netherlands, he also spoke with teams like Wolfsburg, Vitesse and Borussia Dortmund.


Sky Sports talked with him today:

Good day sir, can you introduce yourself to us

"Well, hello, I'm Mark van der Heijde, born in Arnhem, and I will follow up our beloved hero Mauricio Pochettino, I first i want to express condolences to the family of Mauricio and to everyone else who loved him."

Thanks you mister van der Heijde. is it hard to follow up Mauricio?

Why did you refused Dortmund and Vitesse? Why did you choose for the Spurs?

"I always had a weak spot for Tottenham, I love their players and as an Ajax supporter, it will be incredible to work with Eriksen and Vertonghen."

"No problem man"
Login to Quote 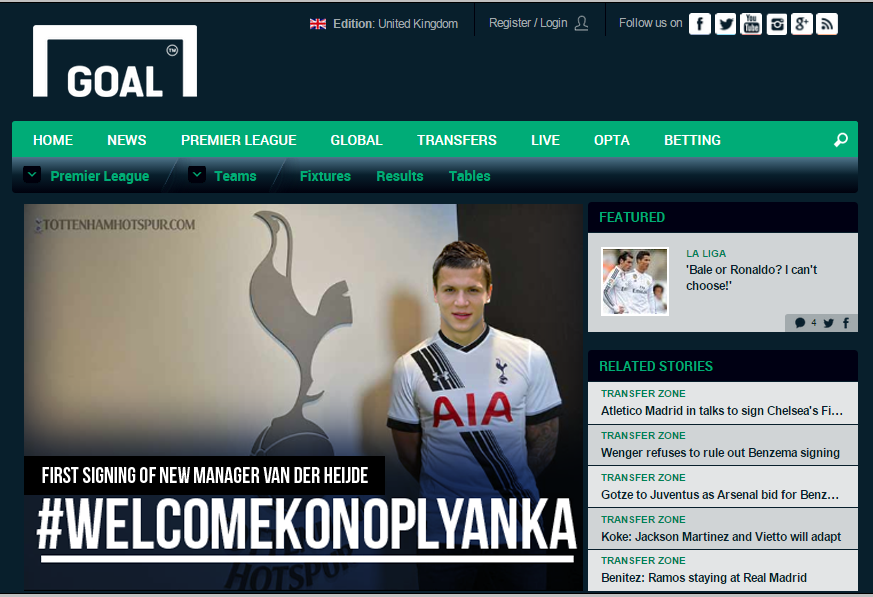 Tottenham hotspur has signed the winger Eugene Konoplyanka for 5 years. He will earn 2,7 million each year

The board of Tottenham annouced the transfer today on their official twitter account, his presentation was later this day.

He already made 35 goals for Dnipro in 157 games, Eugene is born in Kirovohrad, Sovjet Union and plays for Ukraine

His dribble and speed are his specialties, he's a skillful dribbler who also has got a good long range shot

Spurs manager Mark van der Heijde was very happy with his first signing "Eugene is a world class player who can be one of the best players of the league, I hope he'll become one of the best fast" Tottenham signed Konolyanka for 13.5 million euro's which is pretty cheap according to the Dutchman: "In the first place, Dnipro wanted 20 million for Eugene, but we agreed on 13". Konoplyanka is going to earn 5,2 million each year 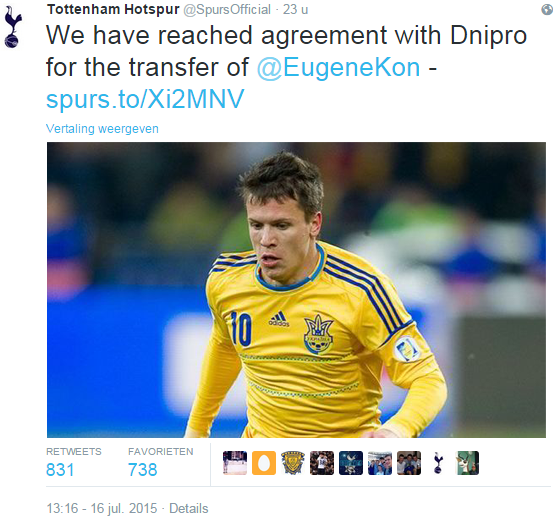 Sky Sports wrote on their website today that the next new player of Tottenham Hotspur will be Wellington Nem, even though these are just rumours, Wellington Nem already spoke with his manager about a new club

Louis O.
6 years
Hey, I had Konoplyanka on my old Spurs save - got him on a free though. He played great for me, hioe he does the same for you

Laurens
6 years
joncs23 Thanks mate, I work pretty hard on it

IWelshWizard Yeah he's amazing, It was hard to sign him, Arsenal and Chelsea were negotiating with him too

Louis O. I hope so too 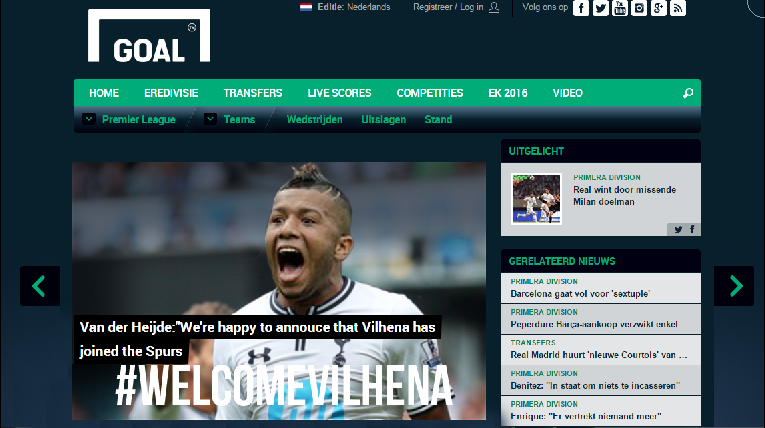 Tottenham hotspur has signed the Dutch midfielder Tonny "Tonna" Vilhena for 5 years. He will earn 650K (euro) each year

Vilhena already made 10 goals for Feyenoord, and played 94 matches for the Dutch club

van der Heijde had a little interview with The Guardian:

Good afternoon mister van der Heijde, are you happy with your new signing?

Glad to hear that mister van der Heijde, Why VIlhena?

Vilhena is one of the biggest talents of the Netherlands and has the potential to become the best midfielder in the Premier League. He is fast, and has an incredible long shot, I hope he can show that really soon

The Guardian also asked van der Heijde about Wellington Nem, who is already seen in London, van Heijde didn't want to give his reply
Login to Quote

You are reading "Tottenham Hotspur - World Class Team In The Making".