Introduction To The Story 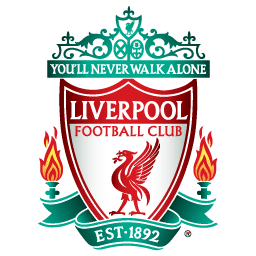 Hello then! Welcome to Life After Sterling and my Liverpool story. I know there are several Liverpool stories on the site but I feel I can give something different and to make my story unique to all the others. My family all support Wrexham, but several of them support Liverpool and through that I grew a 'liking' to the club. That's one of the reasons I chose them, the other being the fact Liverpool sold Sterling for a huge fee of £49M, that is why I named the story 'Life After Sterling' because obviously Liverpool will be preparing for life after the English winger. Let's see how the club copes!

Personal Aims For The Save & Story

The manager is going to be kept a secret for now, but I will reveal who he is within the next couple updates as I want some build up to keep you guessing who the manager will be because that's what great stories do right?

But I hope you enjoy the story as I really want this to be successful as I have some great ideas for it and also thanks for the support on my first story 'Flight Of The Eagles' as that really made me want to keep writing and to not give up! Thanks all and once again, enjoy!
Login to Quote

Jack
4 years
Exciting! Sterling always seemed the heartbeat of Liverpool so it'll be interesting to see how this goes - good luck!

Glenn T
4 years
Good luck, hopefully you can bring Liverpool back to glory!
Login to Quote

Welshy
4 years
Jack: Thanks buddy! I'm excited too!
Glenn T: Thanks mate, that's the aim!
Pauker: Much appreciated :)
InfraRed: Thanks buddy, glad to hear that.
Login to Quote Who am I then? I can't even answer that really myself, I don't know who I am, but let's try do this the best I can. I am Jake, Jake Reed and I was born in Wrexham, Wales inside a huge hospital inside the city. My mother told me that the first thing I wore was a tiny Liverpool kit and that probably explains why I support Liverpool, I suppose you'd say I was born Liverpool then. I lived in a family full of Liverpool fans, so I don't think I'd have much of a choice. I attended Liverpool games since I was 4, my dad would take me to the odd game, it was rather hard as we'd have to take the train to the city. I loved my dad for that..

I continued to attend the odd game when I was growing up and when I reached the age of 18, I thought to myself, "I'd love to manage this club one day." I'd dream of it every night, it was a huge passion of mine. I studied for coaching badges and achieved them after many fails, but those fails made me keep going and made me want to do this even more, rather than feel disappointed. After that, I applied for some jobs at smaller clubs in the area and finally got a job at Brickfield Rangers, a club who had little to no history and played in a Welsh District League. I managed them for 2 years, from 2012 to 2014, just consolidating them in the league.

The Letter and The Sleep


After the 2014 season finished, Liverpool finished the season in a disappointing 6th. Players such as Raheem Sterling, Steven Gerrard and the legend that was Glen Johnson left the club, but so did manager, Brendan Rodgers. As soon as I heard the news on Sky Sports News, I wrote a huge letter to the club, it wasn't just a random letter, no.. It was a letter to apply for the Liverpool F.C. job. This was a huge step up. I was ready for it.

Several days later, I received the letter back from the club and that letter was the best thing that ever happened to me. I was to attend an interview at Melwood, the Liverpool training ground the next day at 2:00PM. That night I couldn't sleep. I was tossing and turning all night long at the thought of the interview. I was so nervous. What if I made myself look a fool? What if it all went wrong? My mind was just so full of 'what if's' I had never had that feeling in my life before.. ever. I just knew tomorrow was going to be one of the biggest days of my life, I couldn't mess this up.
Login to Quote

You are reading "Life After Sterling: Liverpool F.C.".