Welshy
7 years
Good start to the story! Looking forward to this! 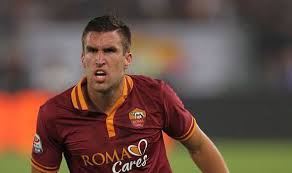 Jaminge1993
7 years
Nice story so far, im gonna follow it for sure.
Login to Quote

CoreyE
7 years
So many Arsenal saves, good going so far.

Addicted2FM
7 years
Debuchy for Groskreutz is strange to me but hopefully it works for you, good luck