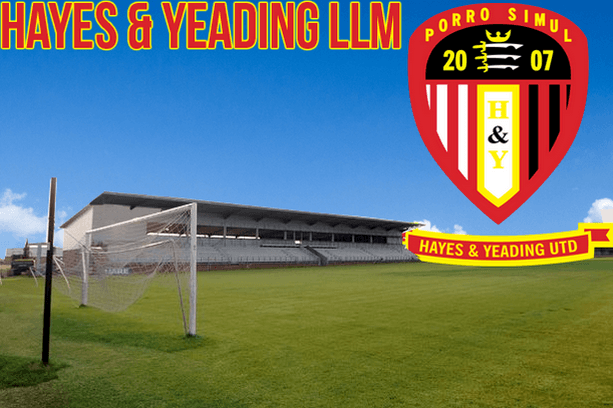 The grounds current state.... above.

Well, here’s where it started for many professional footballers these days, the lower league level, working their way through the leagues playing as high as they can, with the likes of Charlie Austin coming from Poole Town, Chris Smalling from Maidstone, it’s not impossible to make your mark in the lower leagues and get a deal. Before 2007, when Hayes & Yeading merged – they both had great players come up, and through the ranks to going onto bigger and better things; Les Ferdinand, Jason Roberts and DJ Campbell are a few to name, but since we’ve merged there has never been anyone come through.

Why Hayes & Yeading United? You can ask, who are they over and over again if you want, because it’s all I get. Anyway, it’s the team I live and die for, we are a fairly small side who are punching above our weight most would say in the Vanarama National League Conference South, with the joint lowest attendances in the league and by far, the lowest budget it does amaze me what goes on behind the scenes to keep this relatively small club afloat.

Last year, in real life – around November time Hayes & Yeading United held a mid-season fans meeting discussing the future of the small Middlesex club, who after currently four or so seasons of grounds haring, playing around 25 miles away from home, required £300,000 in three months to survive and not go bust, this certainly raised a few eyebrows, then more bad press came out that chairman Tony O’Driscoll didn’t manage to pay rent to Maidenhead United – where they currently play, for now.


With no ground, supporters, money what is there good about this club? Can it go back any further than it already has? I don’t think so, so my aim is to bring this club forward, bring the good old days back, get United promoted back to the National League Premier, pushing on from there gaining us promotion into the football league - however long it takes – with that keep a settled squad, and not in real life, where we have around 60 players every season. I will also slightly increase our youth facilities, so that in hope of producing the next Les Ferdinand.

Saying that, before I close - we managed to fund the £300,000 through a secret investor and have a bit of cash to spare, we have got a set date of moving out of Maidenhead before the New Year, moving back home by January. The ground may not be complete, but for near 200 games we've not played a "home" competitive game for. The ground will include portacabin's, for changing rooms, toilets and a boardroom. Including... yes.. 1,250 seats, for a club who manage to get about 200 fans a game....

This is just briefly talking about the club, and what I am aiming to do. This is an alternative story, switching from and between my Arsenal one, so when I can’t be bothered doing an Arsenal update, I will switch to this one. I have not given up with Arsenal for those wondering!
Login to Quote

Welshy
5 years
What a start, the club has a very interesting background, I'm following!
Login to Quote


Manager Tristan Lewis is looking forward to the season ahead, and is aiming high as he believes the squad he has put together has enough quality in every position to build upon for the future, when the club eventually move home. With seven players signing on for a second season with the club there is some form of cohesion already there as half of the squad already know each other, or have played with each other before. Lewis has also promised to keep the revolving door down to a minimum so that the fans are pleased, and the players don’t have to constantly get used to new faces every week.
“We are fed up of being in a relegation battle, we aren’t a club who deserve to be in them sort of situation every season, we deserve to be mid-table at least, the fans deserve a lot better, we are a club moving forward now, we can’t look back – the fans have stuck beside us through thick and thin, they could easily decide to not turn up but they do, week in week out, supporting their team”.
“I’m hoping to keep the same squad that we start and end the season with, that way we can finish in the top half; it’s what I’m aiming for, the players I have got have got the capabilities to peruse on this, if we finish top half then next season we can push for the play offs when we move back home, it’d be great for that to happen”

“So far, we’ve made three or four more additions to my squad, we’ve been without a keeper, as both of ours have gone onto bigger and better things. There are a few on my radar, we’ve managed to re-sign Mikhael Jaimez-Ruiz, for his second spell with the club – we had a bit of a disagreement last season so he went, but he struggled to find a club, we are in desperate need of a good quality keeper and he fulfils all the requirements”

Jaimez-Ruiz in his previous Hayes days

Brendan Kiernan, Connor Okus, Lloyd Foot, Elvjis Putnins and Richmond Kissi have also joined the ranks – giving competition in each position and enough cover for injuries, Kiernan, a former AFC Wimbledon, Staines and Ebbsfleet winger is a tricky player to defend against, came through the Wimbledon ranks with Jaimez-Ruiz and was a player Tristan [Lewis] has been interested in for a while, and as soon as his contract at Fleet expired, he was quick to wrap up a deal.

Foot has come through with Southampton, being released as a teen and was most recently at relegated Farnborough, but was one of their better players there and was recommended by Harry Grant.

Putnins, a former Maidenhead United goalkeeper, was rumoured to return back to his home nation of Latvia but didn’t feel right, so he returned, but didn’t want to return to the Magpies as he wanted a new challenge.

Okus, a central midfielder has football league experience with Dagenham & Redbridge and has played about 15 games at Conference South level so will bring some quality in the team, in his time he had scored one goal. He will be more of a backup first team player, featuring mostly from the bench.

tenthreeleader
5 years
I love a good LLM save, especially one that is shared. Keep it up!
Login to Quote

Welshy
5 years
Ruiz is a Conference keeper (as in Premier/National) he does make mistakes, but is a great shot stopper. Good update

CoreyE
5 years
Thanks guys, we just need a final striker now - got a few in my head, so will post it later!
Login to Quote

Hayes & Yeading United have been given a massive boost ahead of the new season, with three more – and the last three signings of the season. After two seasons of the top scorer ending up being a centre-half, both the manager and chairman have dug deep into their pockets to sign a proven striker, at all levels and as soon as this man become available manager Tristan Lewis was soon quick off his feet to get him down, on trial and then to offer him a contract.

The man has over 300 football league appearances, playing for Brighton, Northampton and Torquay – most recently at Whitehawk, where Jake Robinson finished as their top scorer last season on 16 goals.

Robinson had been on Lewis’ radar for most of the season, and when he found out at Christmas his contract won’t be renewed, he tried to grab the striker then but at the time money was a serious problem with all the financial issues. Now they’re clear, and the club is moving home in December, Jake was more than happy to sign a contract with Hayes, despite travelling from Brighton every week. He is is one of only two Hayes & Yeading players, not on non-contract terms.

Lewis told GetWestLondon, “I’m overwhelmed, I can’t be happier right now, he and Elliot [Benyon] have the experience and goals needed, a few teams will be surprised with how we play this season, and we aren’t any mugs anymore that we used to be.”
“To get a striker I’ve chased for ages is the best feeling in the world, the new ground definitely spurred him on, as well as most signings this season we need consistency and with the team we have now that is exactly what we are hoping for. Between the pair, they have 534 football league appearances between them, yet both are still only 26 and 27. With the service we have as well, it won’t surprise me if we are in for a play-off push”

“I can’t thank Tony [O’Driscoll (Chairman)] for funding this move, our relationship is next-to-none and he knows the admiration I have for this guy’s talent and without either of them I’d be lost.”
There are rumours spreading that the spare money left from the secret investor has allowed the transfer to take place, after two seasons with the Hawks and a play-off final defeat, the striker has learnt a lot from that and aims to push his new club into the Vanarama National Premier League. With what is a strong and competitive league this season, 100% on and off the pitch will be required every week, fitness levels will be tested, as Hayes, who have one of the smallest squads and budgets in the league battle against professional clubs, and the likes of Margate with a yearly budget of seven figures, which for a step 6 side, is quite simply huge. 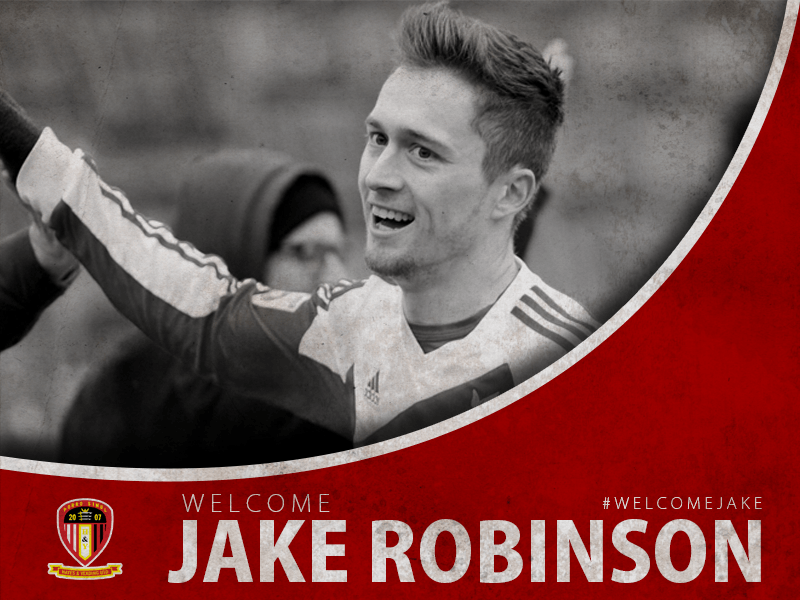 He also had this to say... on the move 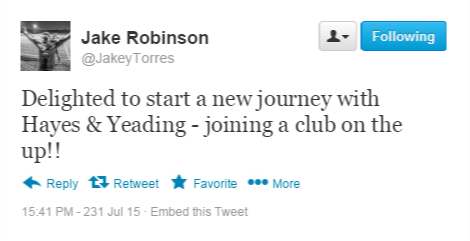 You are reading "Hayes & Yeading United: Putting The Old Days Behind Us".