Welshy
4 years
Graphics are too good..
Login to Quote

Zed
4 years
I agree with Welshy, graphics are amazing

Seanpaul67
4 years
looking forward to this mate
Login to Quote

@Welshy: I personally don't like it, but it took me so long I had to use it 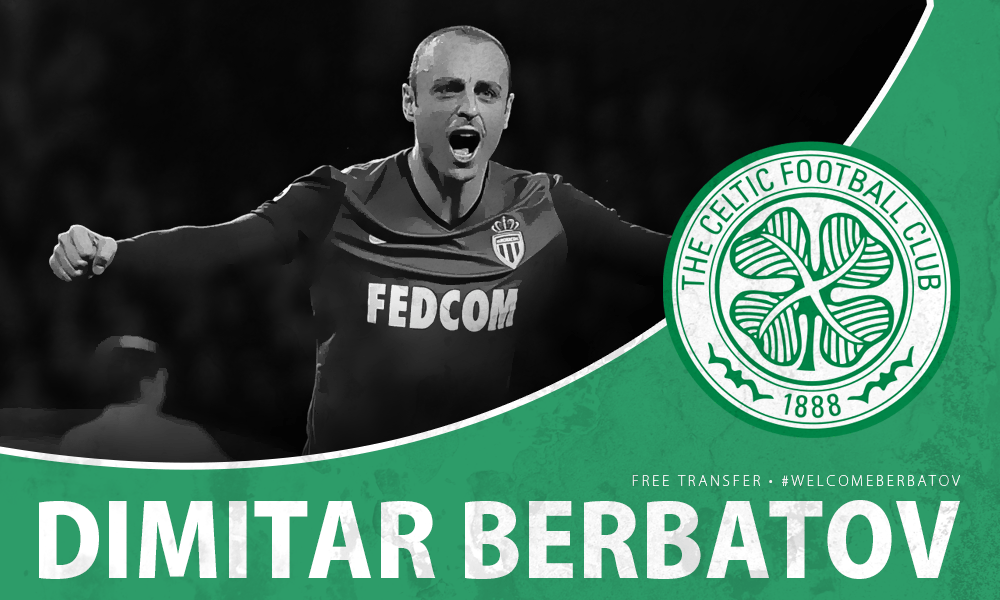 Celtic FC are delighted to announce the transfer of Bulgarian international Dimitar Berbatov on a three year deal.

The striker is Ronny Deila’s first signing of the summer, and will provide valuable experience up top. The 33 year old has played for clubs such as Tottenham, Manchester United and Monaco during a very successful career.

’I am very pleased to join Celtic. It’s a club on the up, and with great fans. I hope to play here for a while and score lots of important goals for the club and help them be successful in Europe. The manager has lots of good ideas and said he wanted me to be a big part of his side, and that’s was excited me about coming here.


The boss, Ronny Deila, also said he was delighted the Berbatov chose to join Celtic over other clubs.

’I am very happy that Dimitar chose us over lots of other clubs. He was a free agent, and therefore he had plenty of choice, and he chose us. He will be a very important player for us now – this season and beyond. He has plenty of experience and trophies that will really help us out in the long run.


Berbatov started his career with his hometown club - FC Pirin Blagoevgrad – before being scouted as youngster by CSKA Sofia, and he subsequently joined the club. He made his debut in the 1998/99 season for the club, and went on to play 49 league games for the club, and score 26 league goals in three seasons.

He then attracted the attention of Italian side Leece, but the move fell through after Berbatov completed a medical. He then joined German side Bayer Leverkusen for a fee of £1.6m, and he stayed six seasons, making 149 league appearances, and scored 69 goals. This form attracted Premier League clubs, and he then joined Tottenham Hotspur for £10.25m in 2006.

During his time in London, he made a total of 69 league appearances and netted 28 times in the Premier League, helping Spurs lift the League Cup in 2008. Manchester United then splashed £31m to transfer him to Old Trafford in 2008, and he went on to become a fan favourite, and he made 108 appearances and scored 48 times. He helped the club win various trophies in a 4 year spell in Manchester, including the Premier League twice and the Club World Championship.

In 2014, he was released by the Cottagers, and then signed by Monaco as cover for Falcao. He went on to play 12 league games and score 6 times, before not renewing his contract with the club that summer, and leaving on a free transfer.
Login to Quote

Maximus
4 years
I'm not sure I'm prepared for the amount of puns you're going to use with "bhoy."

In all seriousness, amazing detail about Berbatov's career
Login to Quote

AlexTHFC
4 years
These graphics are so flambhoyant.

See? I can do puns too.
1
Login to Quote

Zed
4 years
Great update, hope he'll pull off many Berba spins for you

Jer
4 years
Bhoy, what a graphic.
Login to Quote

Tallery
4 years
@Maximus: You're going to be surprised how little I use...

@AlexTHFC: Flamboyant isn't really the right word there.
@Zed: Hopefully he will, we need a player of his quality to perform!
@Jer: Oh dear, oh dear...
@TaroMisaki: I know, something a little different!
Login to Quote 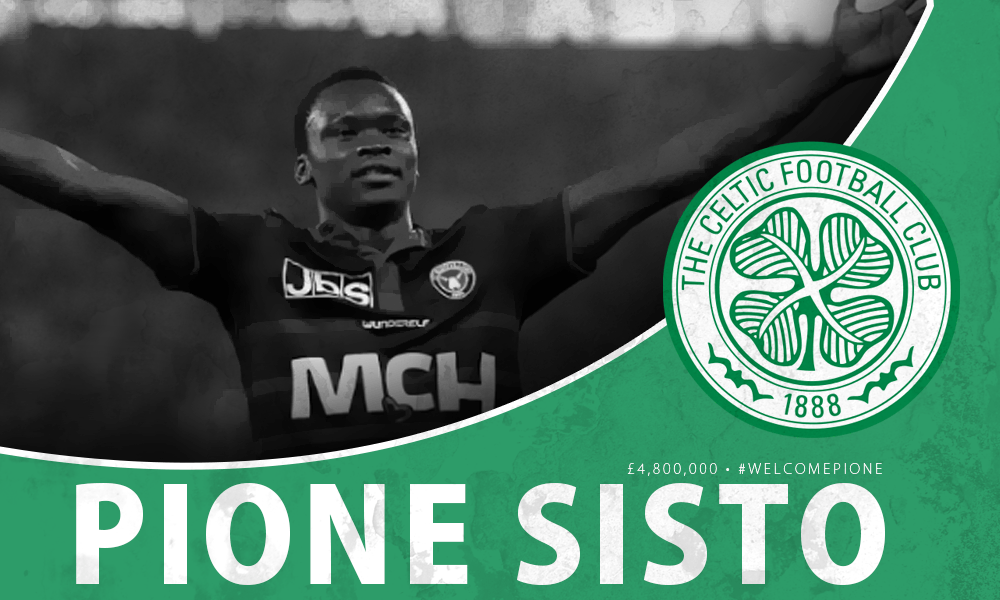 Celtic FC are delighted to confirm the signing of Danish U21 international Pione Sisto from FC Midtjylland.

The 20 year old has signed a five year deal with the Bhoys, and cost his release clause fee of £4.8m. Sisto has spent his entire career at FC Mitdjylland, making his first team debut in the 2012/13 season.

’Signing for Celtic is a very happy moment for me, they are a big club that play in the Champions League, and I am looking forward to playing in that competition for the club. I admit that at first, I wasn’t sure about the move here, but when I spoke to the manager, he persuaded me very quickly, he sees me as a big part in the club, and showed a lot of faith in me, so I joined and don’t regret the decision.


The winger, known for his pace and dribbling skills, signed his contract this morning after completing his medical. Boss Ronny Deila said that Sisto is ‘an exciting talent with huge potential’.

’I am very pleased that Pione decided to join us, he is a fantastic player and even at such a young age, he deserves to be playing for a big club week in week out, which is what we can offer here. He is an exciting talent with huge potential and with plenty of game time here he can develop into one of the best in the world, and I am very happy to be a part of that development.


Sisto has spent his entire career in Denmark - where he moved from Uganda aged just two months - and more specifically FC Mitdjylland, making a total of 58 first team league appearances for the club, and netting 14 times since his debut during the 2012–13 Danish Superliga season, aged 18.

He made a huge contribution to FCM’s first Superliga title last campaign, coming on as a substitute against F.C. København. Shortly after he made an assist for the game's first goal followed by scoring the deciding goal, giving FCM a 2-0 victory to win their first Danish league title.

Since gaining Danish nationality in December 2014, he has represented the Danish U21 side 4 times, and scored 4 times, which earned him a call up to the senior squad in May 2015, but is yet to make an appearance for De Rød-Hvide.
Login to Quote

Zed
4 years
Very good talent in real life from what I've heard and on FM as well. Hope he does well for you!
Login to Quote

mo_123
4 years
He turns into a good player and great graphics. The Rivalry is on.