CoreyE
5 years
Well, I can’t seem to get into a save recently, so I’m trying a Lower League Management, and when I mean lower league I really do, none of this Conference South nonsense, after watching a lower game last night it put my mind set on bring up a team from a few leagues below, making them a stable Conference South side, if not higher.

After weighing up many different clubs, having a brief think of who has the smaller grounds, and smaller club value I’ve decided to manage Faversham Town, of the Ryman Division South.

So who exactly are Faversham Town? Well…

They are a team who play in Kent, near Canterbury and have played in the league for four seasons previous to the start of their fifth. They’ve had a weird four seasons to say the least in this league. In their opening season they finished eight, then a lowly 17th the season after, that followed by a third place finish in 2012/2013 – the highest to date, hopefully with me in charge I can get that far myself, but get them promoted, however long it takes. Last season they finished low top half, in 10th. There don't seem to be any rivalries at this level as the clubs are all friendly and welcoming. Whitstable Town our are closest team, located about six miles away from us. Sittingbourne (7) and Herne Bay (10.9), I am sure as manager of this club there will be clubs I can never beat, or won't like so will class them as a rival and build them up as a big game.

We enter the FA Cup at the Preliminary round, so there are about five qualification rounds before the first round of the FA Cup, so it’s quite a journey, but can be done as some teams have shown before. Although, the record for the club is the second qualifying round – still a fairly long journey to go, especially with replays and forty odd league games and the Robert Dyas Cup [Ryman Cup] to participate in. Unsure on FA trophy qualification – it seems we don’t qualify for this but in real life they should?!

Shepherd Neame Stadium can hold up to 2000 spectators, for a league match which for this standard is average obviously if we were to gain promotion work would be needed to be done to the stadium so we can go by the ground grading standards. It looks quite a neat little ground, and who knows if I do well here I may look to watch one of their games this season some time. They average around 140 for home games in real life, give or take so as you can tell they’re not the best supported club compared to other teams like Guernsey and Hastings in this league who average attendances which wouldn’t go a miss a few steps above.

Aims and ambitions for the season ahead:

Obviously with the teams budget, reputation and everything put into context I've got to be fairly reasonable with my aims and this can be my consolidation season in the league, then possibly next year look to push into the play-offs for promotion - but who knows, a good run and I could make it there this season, with no disrespect to the league in real life, and in FM it won't be so tricky to put a run together to do well. 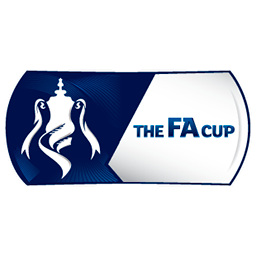 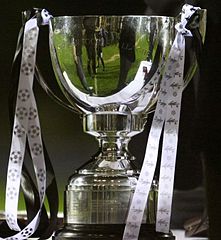 I would also like to bring through a good amount of youth players to bring the club forward, as at this level having a good youth talent go on for a bit of money is the best thing to ask for. For this I have increased the Youth Level up slightly from one, so it's possible. I'd like to eventually do a Crewe and field a starting eleven from youth graduates - hopefully in a season or so that can happen.

For the first season, I will play with what I've got and look to sign players I've seen play, heard of or have previously come through my real life team (Hayes & Yeading) academy and play(ed) in this league or similar. This way it will allow me to assess for the future, but will just give me a squad to play with for the time being. I will aim to also get in some experienced players, who are maybe around 35 to help teach the younger crop. I expect mass changes during the course of the season as this does occur at this level quite frequently.

For now, enjoy! Hopefully I can stay in this save

Faversham Town have lured goal scorer Luke Callander from AFC Sudbury for the season ahead. Callander joined Sudbury from Witham Town near the end of last season following his release from Essex based club Chelmsford City, for whom he provided ten goals in 18 games, but the record speaks for itself at this standard netting 66 times for Heybridge Swifts in three seasons. The striker is the tenth new signing of the season and looks set to be the last new face coming into the club.
It is a massive coup for any club, at any level and will definitely help the Lilywhites push on up the league helping with the managers aim to consolidate a top half finish this season. He is an exciting, and tall striker who suits the clubs style of play, manager Corey Eaton-McKnight told the local press “When you look at this league, the majority of the ball is played in the air with not much on the floor, and Luke suits that, he is a target man who plays to his best ability when the ball is played up to him to head home, he will be prolific from the penalty spot too”

“We’ve signed ten players, and I’m impressed with them all but I am not making any guarantees on who lasts the season and who don’t, because at this level you have about two or three lasting the full season.”

Our club press officer caught up with Luke Callander at training on Tuesday, for his aims and ambitions for the season ahead.

How do you feel about playing for Faversham Town, Luke?

“I feel great, I’m so glad to get the move done the manager sold the club to me straight away, I feel good to be back enjoying my football again, since I left Chelmsford I felt I lost a bit of love for the game but I’m happy, and I want to push the club further than what the manager wants, I’m an ambitious guy and the clubs aims suit me, they want Conference South football in the next four seasons, that will be tough but where I can help I will try my best, although, if you look at it, it isn’t exactly hard two seasons in each league, one getting used to it it’s a short term aim, which I fancy the challenge.”

Do you have any goal targets for the forthcoming season?

“Every player has aims and targets they want to meet at the start of the season, without a shadow of a doubt but myself; I’m a striker I want to score as does every striker. I want to aim for 20 goals; it’s a fair target which can easily be met with the correct build up and service.”
Login to Quote 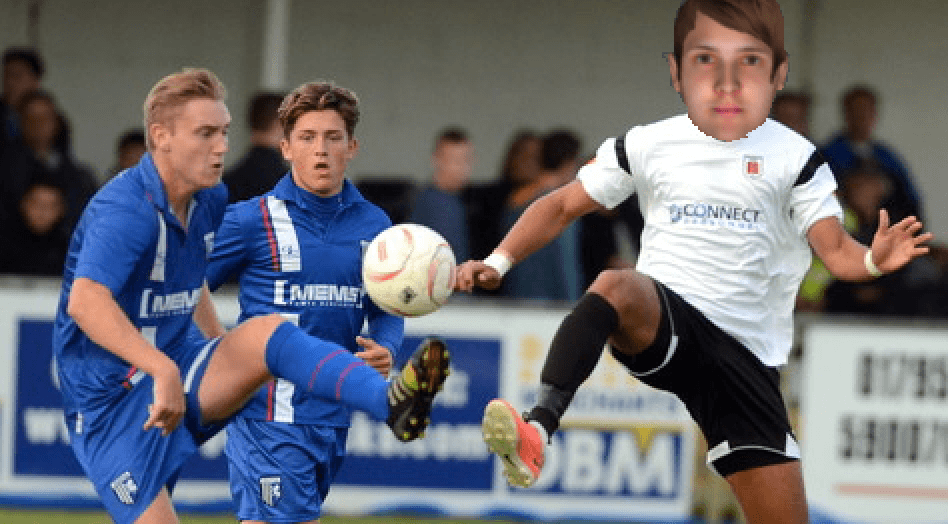 Leon Bentley, the most recent product of the Faversham Town academy has made the break through into the first team, just this week signing first team terms and despite not making an appearance for the first team as of yet, prior to the Whitstable Town match a number of big name clubs are lining up a six figure deal for the 19 year old centre half. The demanding centre half, make shift right back would be a great addition for any team and already looks to be one of the best young talents about – and the greatest player to come through the clubs academy to date. What has already started off as a great season for the Lilywhites, winning all nine league games so far they look set to shock the league, and most certainly the manager of the club and are on course for a possible place in the Ryman Premier, but it’s a long season and still with another 30 odd games to go, nothing can be called upon yet.

Peterborough United, who have a great record for bringing through up and coming talent from the Non-League pyramid are one of the clubs looking set to bid for the prospect, as well as Birmingham City, Swindon Town, Everton, Aston Villa, Fulham, Reading and Liverpool who are all looking to bring in Bentley. For now, Bentley will be a Ryman South player for the following weeks as he aims to rack up the appearances with some sort of experience, whatever the deal, he will be loaned back to Faversham until the end of the season as part of the offer. There will, be a 10% sell on clause on the contract too; this is how confident the Kent side are of him making his break through into the big time.

It is a risk bringing in a player with such little experience, but has a lot of potential, and will be a real joy to watch in the future. It’s good to remember, that in non-league there is no transfer window so players can join clubs in the football league whenever they like.

Others are available on request. Place your bets now.
Login to Quote

oddsiton
5 years
Brilliant start to this story! I love reading about lower leagues! Good luck on this save!
Login to Quote

You are reading "Faversham Town - who are they?".