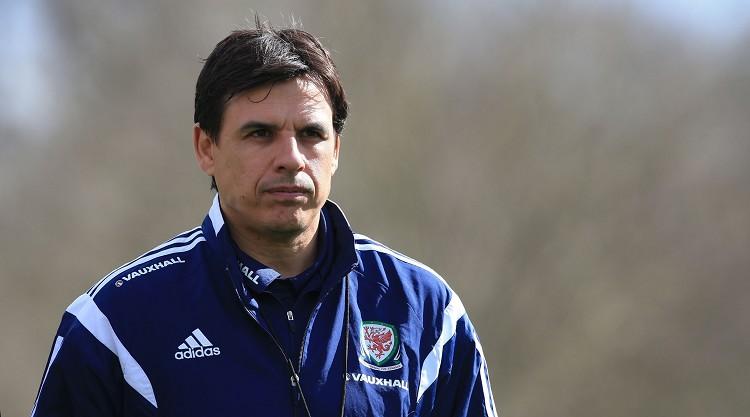 Wales manager Chris Coleman has announced his resignation this afternoon after spending two years coaching his home nation. The former Fulham and Coventry City boss stated that a challenging return to club football was the key to the end of his tenure at the Cardiff City Stadium, although he is yet to sign on with a new team.

Coleman, 45, leaves the team before their first game in their Euro 2016 Qualifying campaign which sees them battling it out with the likes of Belgium and Israel to book a flight to France in two years to compete in the Finals of the reputable tournament.

Star players from the current batch of Dragons include the world's most expensive player - Real Madrid's Gareth Bale - along with the likes of Arsenal's Aaron Ramsey and Swansea City's Ashley Williams.

The team are currently ranked 44th in the FIFA world rankings and will look to improve on this position throughout their qualifying campaign.

Wales get their qualifying campaign off to a start with a trip to possibly the weakest team in Group B, Andorra, and will be hoping to secure their first three points. Trickier fixtures coming up over the next year include trips to Bosnia, Israel and Belgium where they will do well to pick up any points.

But first, the F.A. must choose a new manager to succeed Coleman, and that man is likely to be Welsh. Prior to Coleman's appointment, the previous four managers of the nation had been natives and it is thought this tradition will be continued in their selection process for the next coach.
Login to Quote

TayBAFC
6 years
Should be a fun save and story! Good luck.
Login to Quote 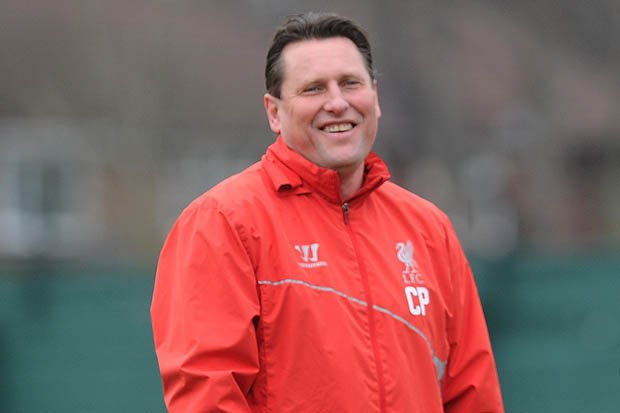 After he was sacked from Liverpool this summer following their sixth place finish in the Premier League, things are finally starting to look up for Welshman Colin Pascoe, as he was named as the successor to Chris Coleman at the Welsh national side earlier today.

Some fans have claimed that 50-year-old Pascoe was used as a scapegoat along with coach Mike Marsh who was also sacked, to cover up the failings of the manager Brendan Rodgers. Pascoe acted as second in command to the Northern Irishman since their time together at Swansea City and Rodgers decided to bring Pascoe along to Liverpool with him.

But after a disappointing season, Liverpool decided to terminate Pascoe's contract and replace him with former Bristol City manager Sean O'Driscoll, while Marsh was replaced by former Reds player Gary McAllister.

Reaction from the Welsh public to Pascoe's appointment has been mixed, with some claiming that he doesn't have the experience needed for the top job while others have urged people to give him a chance at the helm.

Pascoe has reiterated the desire of the team to qualify for Euro 2016 in France but admits that it will be a tough task.

"We all want to be there. We've got players capable of making it there. So why can't we get there? It's going to be difficult without doubt with some of the teams in the group but if we play to our full capacity then I know we stand a very strong chance of securing our place."

Pascoe's first test will come at home as Australia take a trip around the globe to take on The Dragons, but his first competitive game comes against Andorra later that month.
Login to Quote After news broke that Colin Pascoe had allowed assistant manager Kit Symons to leave to commit himself to his club Fulham, the Welsh F.A. have announced that former boss Terry Yorath has been hand-picked by the new coach to be his second in command.

Pascoe himself had been an assistant manager for the majority of his coaching career and followed Brendan Rodgers from Swansea City to Liverpool when the Reds came calling for him after Kenny Dalglish's sacking. But this summer Pascoe saw his contract at Anfield terminated and things looked bleak for the 50-year-old.

That was until the Welsh F.A. offered the ten time Wales international a way back into coaching by placing him in charge of the senior squad as they aim to qualify for Euro 2016 in France. Kit Symons had been assistant to Chris Coleman before Pascoe's arrival but he had another managerial position at Sky Bet Championship side Fulham and Pascoe compassionately let his number two leave his position to focus all of his attention on club football.

Speculation in the press had linked Manchester United's Ryan Giggs with a spectacular return to the Welsh side but doubts arose over the likelihood of this considering Giggs was not likely to leave his position as Louis Van Gaal's understudy to focus solely on the Welsh team, and it seemed like a case of déjà vu considering Symons had just been allowed to leave for the same reason.

Yorath was eventually chosen as the man to replace Symons, and Pascoe has told why he went to great lengths to persuade the F.A. to re-hire the former Wales boss who is also the father to BBC pundit Gabby Logan.

"Terry's got great experience with this side. Of course this team is a lot different to the one he managed in the early 90's, but the managerial experience he has at this level still meant a lot to me when I was making the decision. He's had a few spells elsewhere but his passion for this nation is incredible and I think we're very lucky to have Terry on board."
Login to Quote

Justice
6 years
Big step up for Pascoe! Good luck to him managing the country of Bale Wales 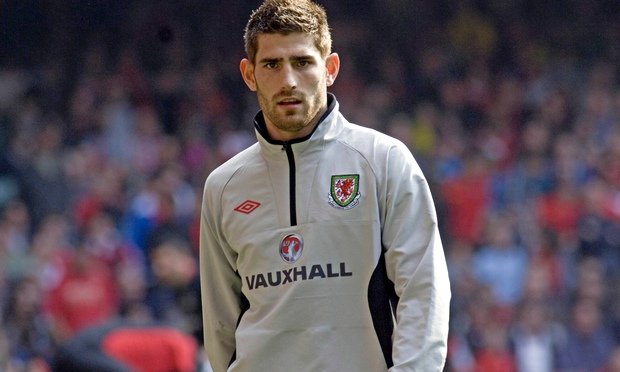 Football fans across the world have pleaded with new Wales boss Colin Pascoe not to select convicted rapist Ched Evans in the 23-man squad to face Australia and Andorra next month.

After sealing a move to Queens Park Rangers earlier this month, there has been a global campaign to have the former Sheffield United striker banned from football.

The 26-year-old has so been capped thirteen times by the national side between 2008 and 2011, scoring once.

In April 2012, Evans and fellow footballer Clayton McDonald were convicted of raping a 19-year-old woman. Evans was sentenced to five years in prison while McDonald was acquitted of the charges and maintains his innocence to this day, as does Evans. The Welshman was released after just two years, and the British legal system faced criticism once again.

Evans initially struggled to find a new club on his return to club football with many teams considering it too big a risk to have him amongst their ranks, but eventually QPR snapped the player up and he will have a chance to help them in their quest to seal an instant return to the Barclays Premier League.

Helen McGrath from Rape Crisis England and Wales has berated the London club's decision to employ Evans and has joined in with the Twitter campaign to try to convince Colin Pascoe not to select him.

"Queens Park Rangers, like all other teams, have young, impressionable fans, and this is just the wrong example to be sending to them. We're basically hearing from the club that you can do anything and be awarded a second chance. That's not how things should work. I can only hope that this campaign reaches Colin Pascoe and he can see some sense by not picking Evans."
Login to Quote 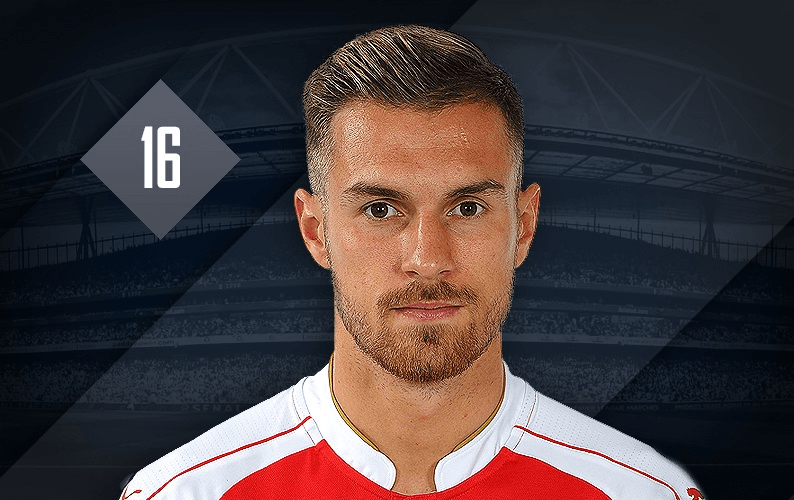 Fan Player of the Season Aaron Ramsey has been sidelined for up to four weeks after fracturing his arm during our narrow 1-0 win over Everton at Goodison Park at the weekend.

Rambo will miss Wales' friendly against Australia and their first Euro 2016 Qualifier versus Andorra while he recovers from this setback.

Just three games into the season, this has once again highlighted Aaron's proneness to injuries, something which threatened to seriously halt his development in the past.

Thankfully he has grown into a highly important player for The Gunners and the former Cardiff City trainee will definitely miss our next two games - Newcastle at home in the Premier League and Liga BBVA side Sevilla in our first Champions League group game of the season.

He joins Englishman Theo Walcott on the injury table, although the winger is expected to be out for a slightly longer period than Ramsey, having dislocated his shoulder in the win at Selhurst Park in the match before we took on Everton.

Wales have called up Joe Allen, Joe Ledley and Jon Williams and they are all likely to be considered suitable replacements to step in and fill Ramsey's boots in the centre of the park.
Login to Quote

squirmy420
6 years
Ouch. Rambo is the man for Wales. Other than Bale ('em out)
Login to Quote

TayBAFC
6 years
That's a big loss, but hopefully someone can step up.
Login to Quote

Justice
6 years
Not a long-term injury, at least. He's a top player and a big miss but you have Allen & Ledley to plug the gap left in midfield