Newcastle United have confirmed Steve McClaren as their new manager.
The 54-year-old has twice turned down the Magpies this year but will now take charge ahead of next season.

McClaren was at St James' Park on Wednesday and met with managing director Lee Charnley and chief scout Graham Carr to finalize the terms of a three-year deal, which could be extended to eight years. 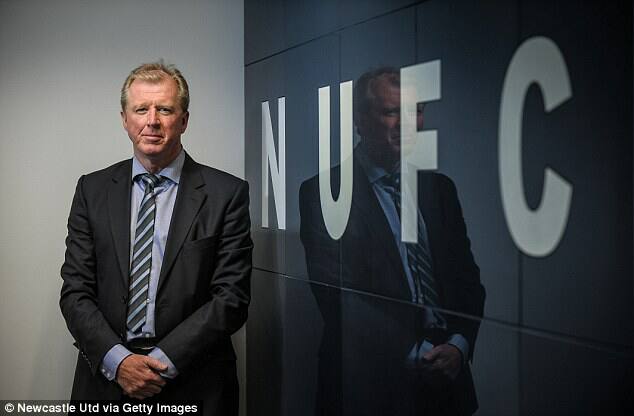 He has also been installed on the club's new-look board of directors alongside Charnley and Carr and club ambassador Bob Moncur. Owner Mike Ashley has stepped down from the board but retains complete control of the club.

McClaren said: 'I am privileged to be appointed head coach of Newcastle United FC. This is a big club with a wonderful heritage.

'St. James' Park is like a cathedral on a Saturday afternoon, a symbol for the city and I am excited to be given this opportunity.

'I know how important Newcastle United is to the city and the region.

'The supporters are some of the most loyal, passionate and devoted in the world. Despite everything they maintain their faith. We owe it to them to do everything we can to reward them with success.

'There's a lot of work to do, but the club has made it clear about wanting success, and I would not have come here if I didn't believe they were serious.

'This club has waited far too long to win a trophy. That's one of my primary objectives here.
'I've already won trophies as a manager, and a club the size of Newcastle United should be winning cups and finishing in the top eight in the Premier League.

'I'm determined to give the supporters of Newcastle United a team they can be proud of.