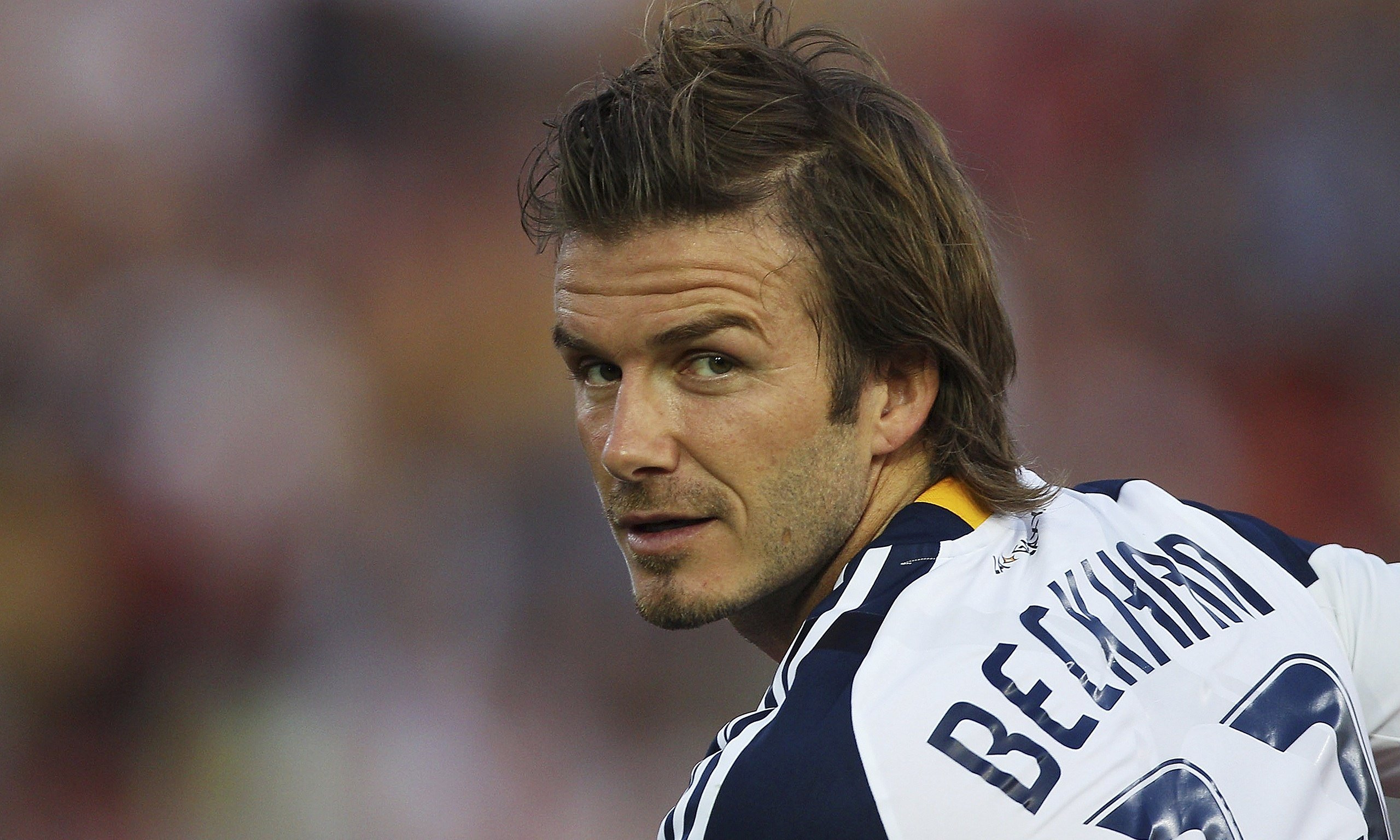 DAVID BECKHAM IN HIS GALAXY DAYS

English football legend David Beckham has taken over German club Schalke 04. He played for Manchester United, Preston North End, Real Madrid, Milan, LA Galaxy, Paris Saint-Germain, and the England national team for which he holds the appearance record for an outfield player. He is the only English player to win league titles in four countries, England, Spain, the United States and France. He announced his retirement at the end of the 2012–13 season and, on 18 May 2013, played the final game of his 20-year career. He won 19 major trophies.

Beckham won Premier League title six times, the FA Cup twice, and the UEFA Champions League in 1999 with Manchester United. He was a big part of the treble winning squad in 1999. He then played four seasons with Real Madrid, winning the La Liga championship in his final season with the club. In July 2007 Beckham signed a five-year contract with Major League Soccer club LA Galaxy. While a Galaxy player, he spent two loan spells in Italy with Milan in 2009 and 2010. He was the first British footballer to play 100 UEFA Champions League games.

In international football, Beckham made his England debut on 1 September 1996 at the age of 21. He was captain for six years, earning 58 caps during his tenure. He made 115 career appearances in total, appearing at three FIFA World Cup tournaments, the 1998, 2002 and 2006 editions and two UEFA European Championship tournaments, the 2000 and 2004 editions.

”I am very happy to have become manager of this club. I hope to make this club even bigger. My goal is to take them to the absolute top of Germany, of Europe, of the World.” -David Beckham
Login to Quote