Hi everyone. I am here to write a new FM 15 story. Currently it is the time of FM 16 stories.. but I haven't ordered one so I can't play it. Since I want to write a story, I could do nothing but have another crack on FM 15. To continue this story I want your full support and your inspiration. Without you , I couldn't do anything. So please enjoy my story.


In this new story, I will not be the manager, instead I have chosen a fellow I created myself. There is no famous real life person named Christian Kruse, but I created him for fun

As you can see he has earned himself some enemies and some friends.

I have reached 2020 in my save so I will run through the first few updates. But when I catch up there will be regular updates.
Please enjoy.
Login to Quote 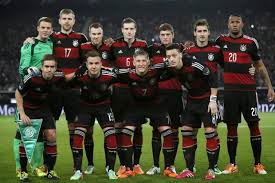 Christian Kruse started his journey managing the German National Team. He was appointed Germany’s manager prior to the resignation of fan favourite Joachim Low, who lead Germany to World Cup Success after 24 years in Brazil.

Christian Kruse will be under a lot of pressure from the German FA and the fans, as Germany is looking to build on their World Cup success.

“I am Very happy to be able to manage German National Team. It is a dream come true for me. I will do anything I can to follow the footsteps of Joachim Low, who is a Great manager. I thank the German FA for having faith in me, also I will make Germany and their beloved Fans proud.”

The German FA also issued a statement regarding Kruse’s appointment:
“When Low resigned, managers such as Jurgen Klopp and Unai Emery expressed their interest in taking the job, but we need a manager who has no previous experience, so we found the best choice in Saarbrucken- born Christian Kruse". 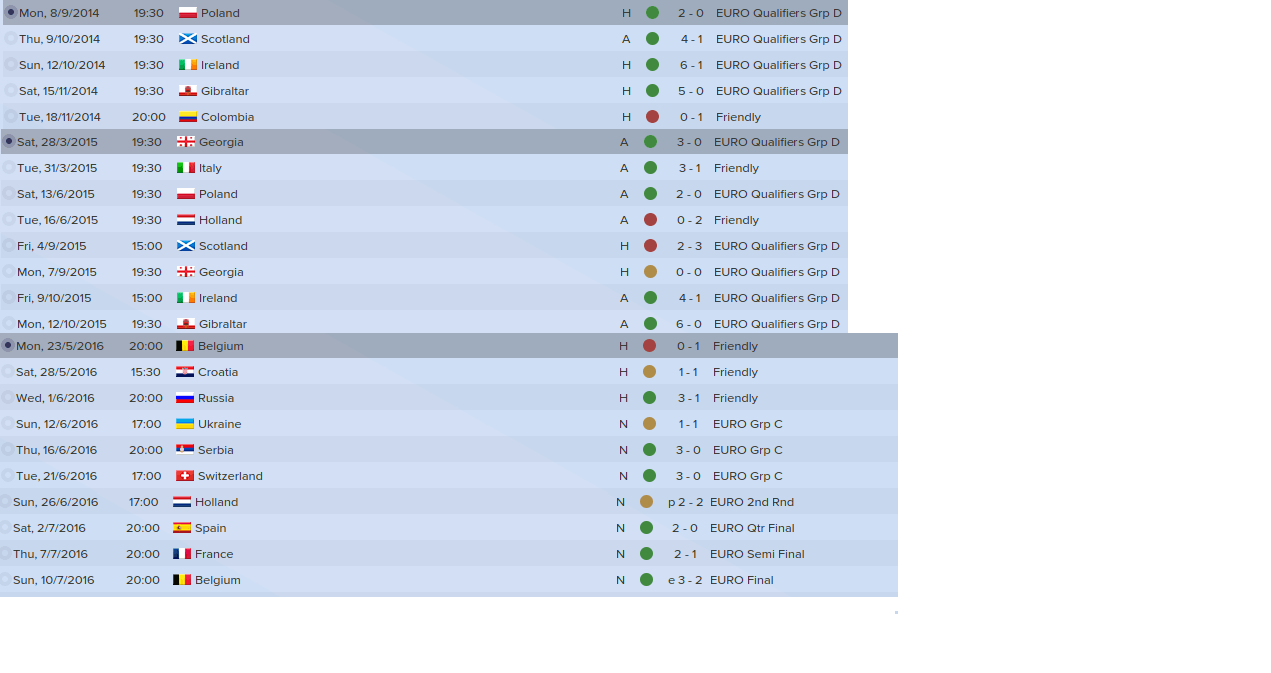 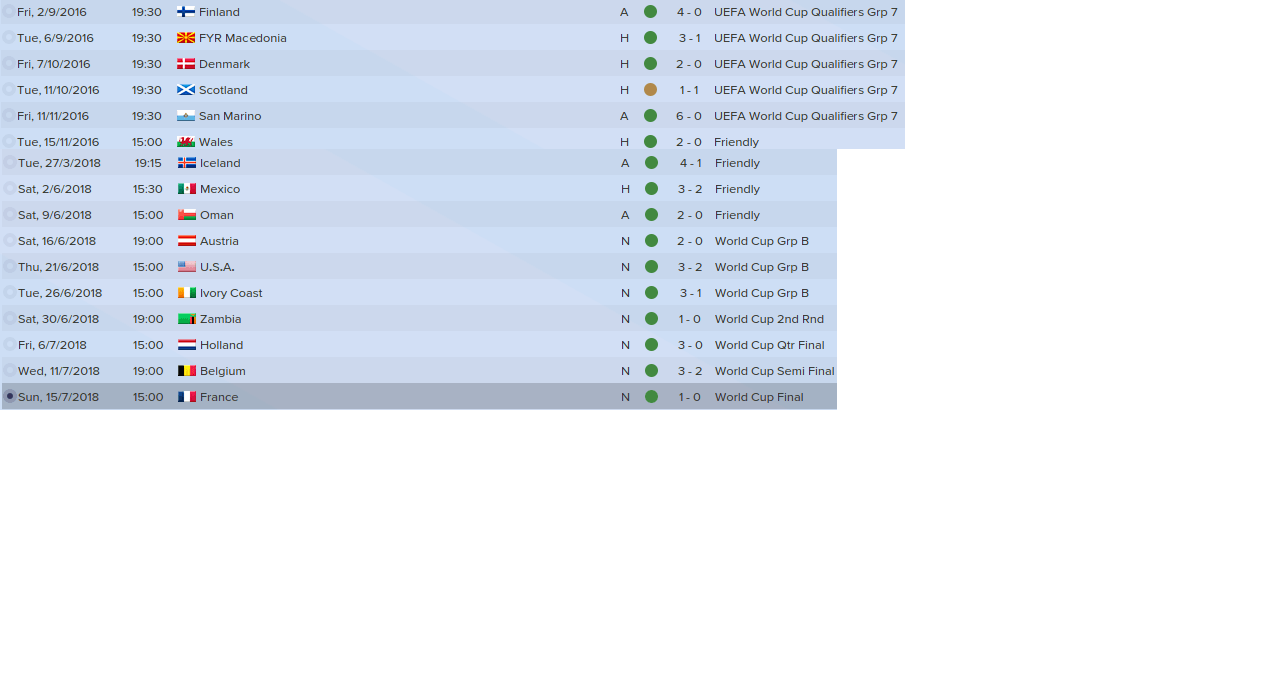 As you can see, Under Kruse’s management, Germany have won every trophy they possibly can until 2018. They won the EURO 16, FIFA Confederations Cup 2017 and FIFA World Cup 2018.

So many players were instrumental in Germany’s success, including newcomers Emre Can, Christian Gunter, Georg Niedermeier, Julian Weigl, Davie Selke.etc. 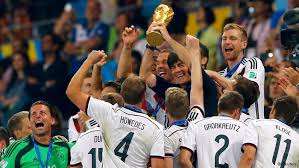 Christian Kruse resigned his post as Germany manager as he won every trophy which was available in the international level of Europe.


After Germany, I decided to move into club managing career. The first team which offered a job interview for me.... was..... The German Giants Bayern Munchen. 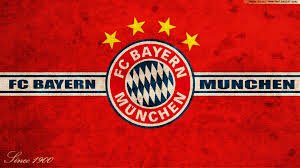 I was over the moon when I saw it. I had enough experience, since Bayern has called me. Bayern must be German Giants, but they hadn't won a trophy since 2015.! After a poor showing last year, where they finished 3rd in the Bundesliga and lost to Freiburg in the DFB Pokal Final, The Bayern board sacked manager Laurent Blanc. Karl-Heinz Rummenigge believed that I was the right person to take Bayern back to "where it belong".

Christian Kruse said to Gild.de shortly after his appointment as Die Bayern Manager:

'I was shocked when Rummenigge approached me. To manage a team like Die Bayern was dream come true for me. I played against them many times, but at that time, I didn't know I will manage this mighty club sometimes'

Indeed. Christian Kruse has played against Bayern 5 times, in which he scored a goal. He was a legend of his hometown club FC Saarbrucken. He captained the Saarland club for 7 years and wore Saarbrucken's blue shirt for over 450 matches
Login to Quote 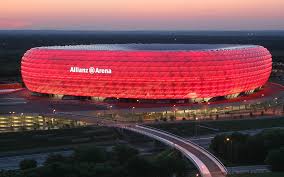 An outer view of Allianz Arena, the home of FC Bayern Munich

For Christian Kruse, the time at Die Bayern was absolutely fantastic. It was an unforgettable experience to manage Bayern, but as it happened, things was even more sweeter than that. 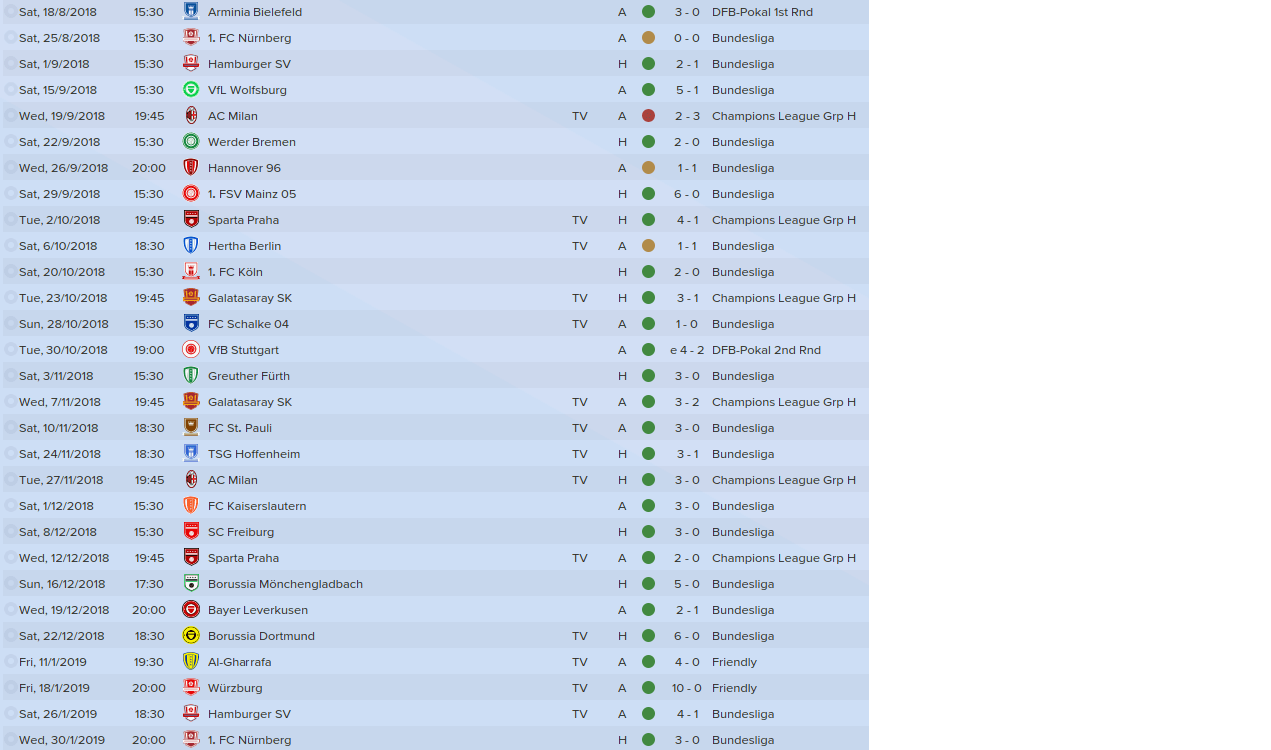 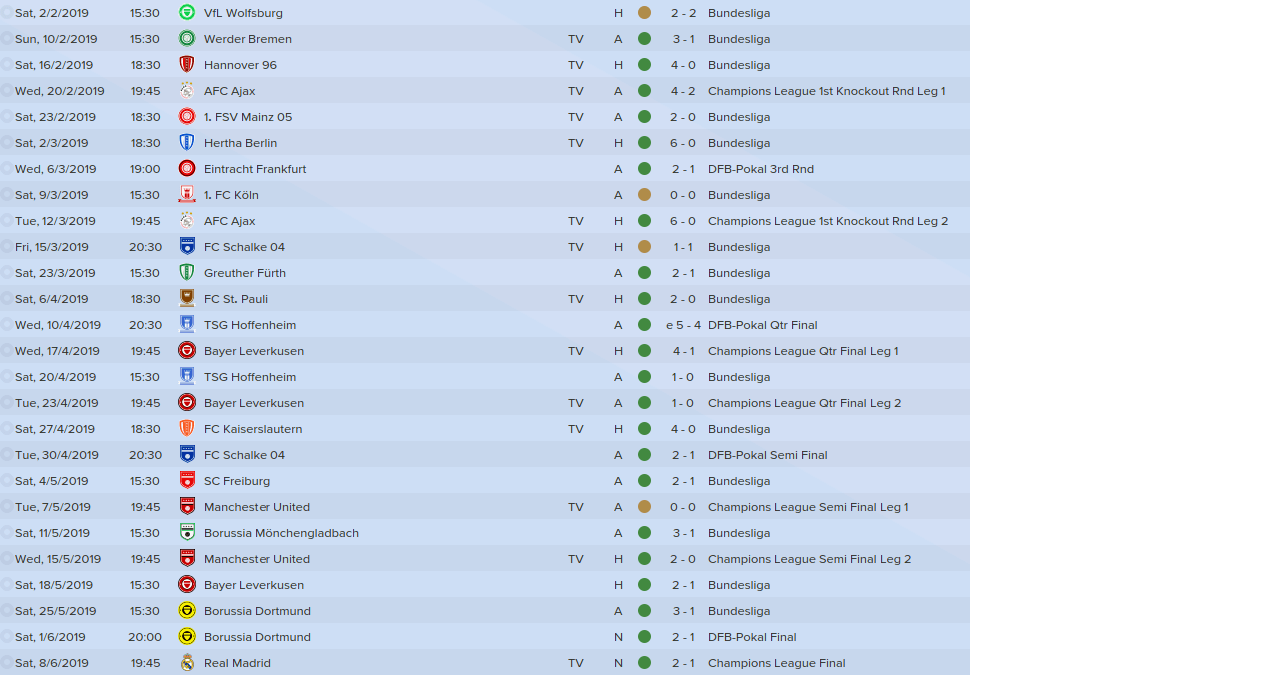 Looking at the fixtures, You would know that Bayern won every competition they participated. They won a treble including The Bundesliga, DFB Pokal and The UEFA Champions League.

"It was a memorable season. Every Bayern fan could or should be proud of what their team has achieved. We won every trophy we entered. I am very happy to repay the board's faith in me." Said Christian Kruse to German Football Post after the end of season. 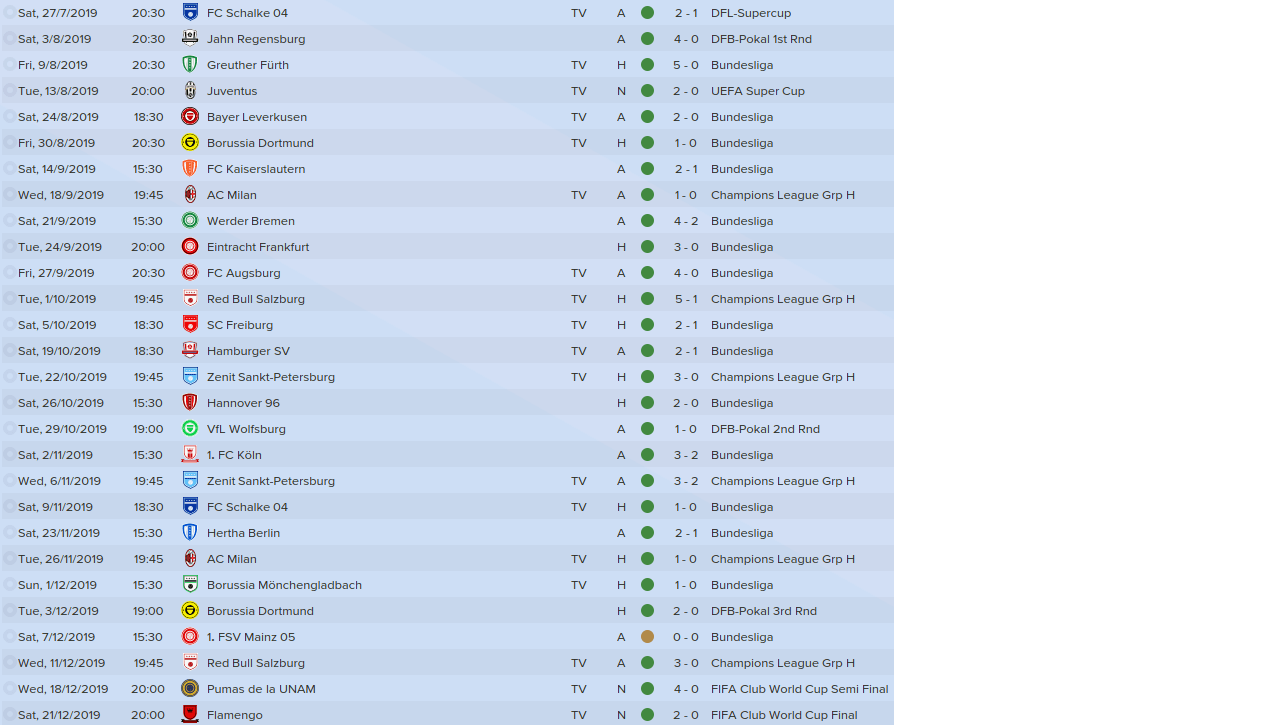 Bayen Munchen stayed unbeaten until christmas. That's when Kruse left his post as Bayern Munich manager. That is because I won every trophy I can with Bayern. I resigned immediately after Bayern won the FIFA Club World Cup. My aim is to win every trophy I can in any league. If I want to achieve that, I must leave Bayern.


Christian Kruse resigned from his post as Bayern Munich's manager after his side's
impressive FIFA Club World Cup victory. Immediately after his resignation, he was offered no less than 3 job offers. Here are the job offers: 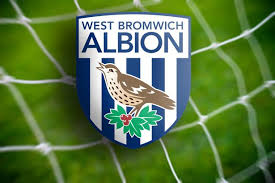 West Brom were the first team that offered me an interview. They are languishing just above the relegation zone in the 17th place. They sacked their manager Martin Jol and Kruse was their main target.
West Brom had a few up-and-down seasons recently. They were relegated from the Premier League in 2016/17 season, but immediately came back up the next season as they wer by far the best team in the Championship. They narrowly retained their top-flight status in the last day of the 2018/19 season when they beat the eventual champions Liverpool. They didn't want the same thing to happen this season. They believe that I will lead them to Premier League status and to further glory in the coming seasons. 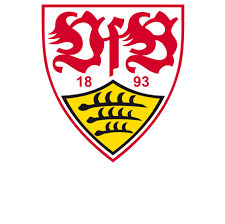 VFB Stuttgart was the next team interested in bringing Kruse to their team. Like West Brom,they alsohad a few bad recent seasons. They were relegated in 2014/15 season but was promoted back into the Bundesliga next season. But unfortunately, they couldn't save themselves from going down again. They are still in the second division. Although they are the least favourites in bringing Kruse to the team, they believe that Kruse would like to manage his former team, where he played between 2000 and 2003. 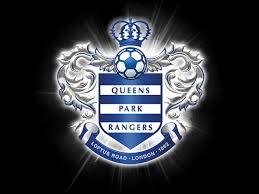 Queens Park Rangers are the last team interested in bringing Kruse to the club. In recent years, they had a rising history. They were relegated in 2014/15 season, but immediately took their chance and was back into the Premier League in the next season. They managed to retain their Premier League status, finishing 13th in 2016/17 season. They finished 12th in the 2017/18 season. The next year was the best year in QPR's history. They finished 2nd in the Premier League!! thereby qualifying for their first UEFA Champions League. But they didn't manage to keep up their last year's heroics, that made them sack their manager Geoff Morgan.


It is believed that Christian Kruse is favoured to join QPR, but we cannot possibly say what happens.
Login to Quote

Christian Kruse has decided to join Queens Park Rangers following his resignation as Bayern Munich’s manager. He rejected the offers from West Brom and Stuttgart. QPR officials and Club Owner Tony Fernandez was very happy that they managed to sign the prestigious German Manager. Christian Kruse is believed to be earning £70,000k per week 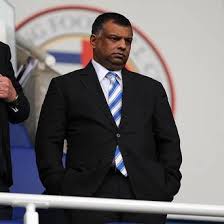 
Queens Park Rangers players and staff are reported to be very happy to have Christian Kruse as their manager. They were reported to be unhappy with Geoff Morgan’s management and are pleased to work under another manager.

You are reading "Journey with Kruse".