Gaurav
4 years
In my second season with Man Utd, I started off really bad. I lost 5-0 to chelsea, 2-0 to liverpool. But then I made a few changes in my tactics and things got better.

Eventually in the end I ended up in 4th position in the league, won champions league final against city and I also won the community shield in the beginning of the season.

My last match of the season was FA Cup Final against Chelsea, so I was hopeful that with our current form and my team we could do the treble.

I had my usual starting 11 in my mind for the match: De Gea, Darmian, Jones, Balanta (as Rojo was injured), Shaw, Vanyama, Lucas Romero, Mata, Januzaj, Depay and Martial.

So I went in to the team selection screen for the match and saw this: 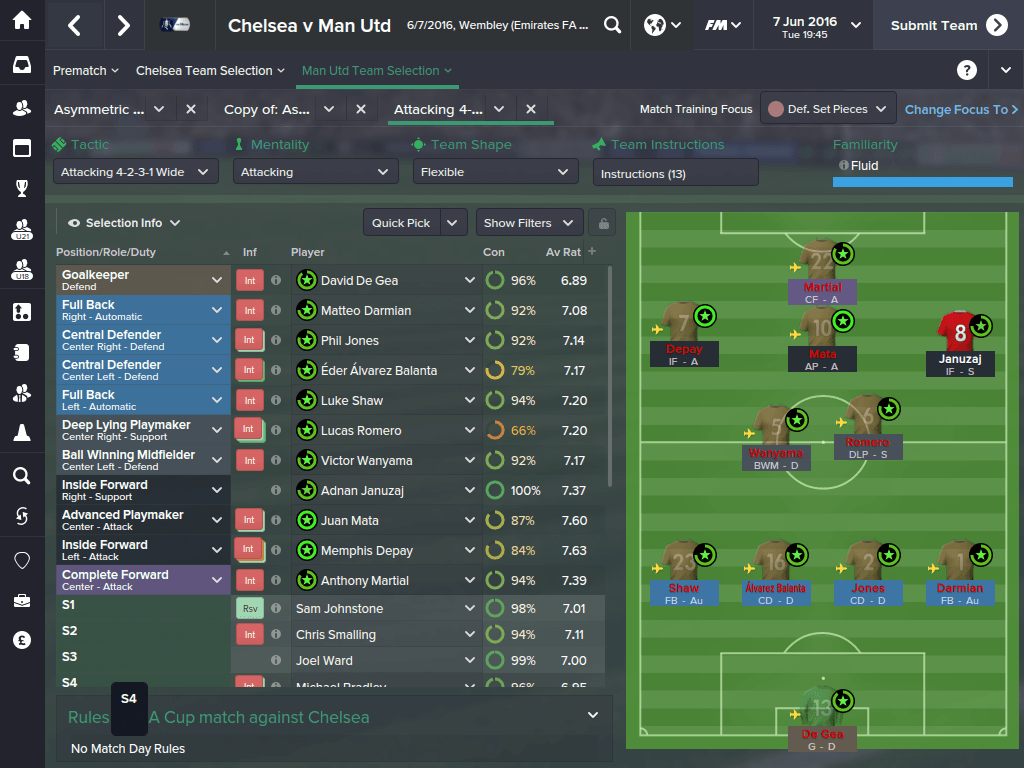 Almost all of my first team, rotation and back up players were on international duty. So i fielded this team: 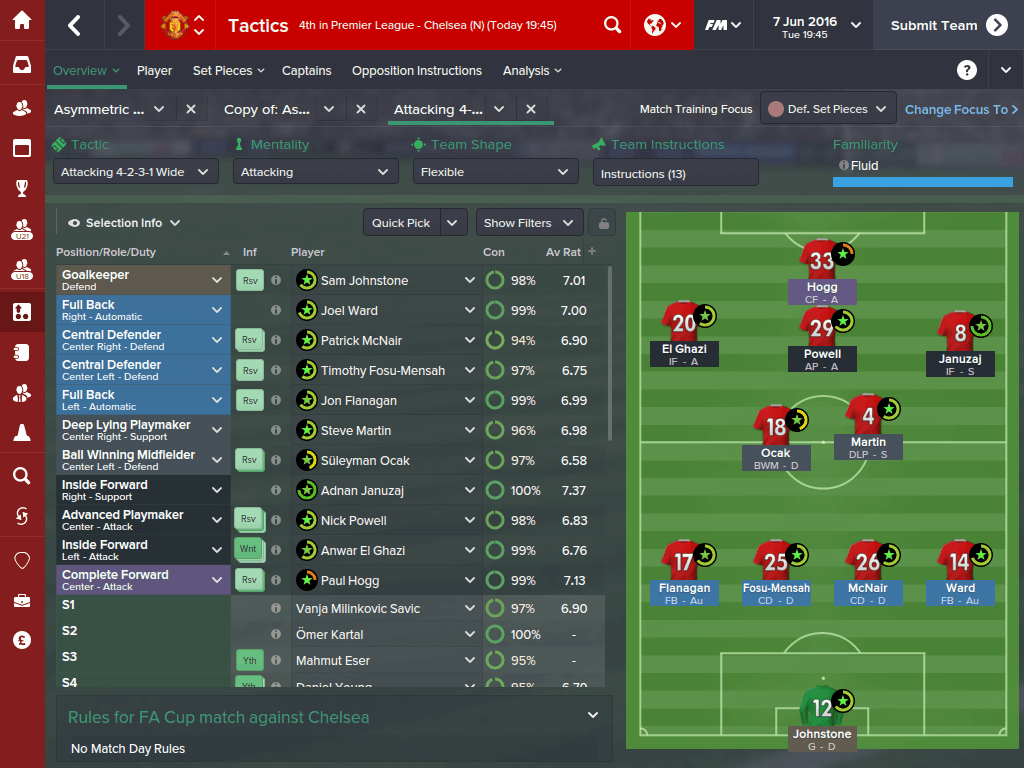 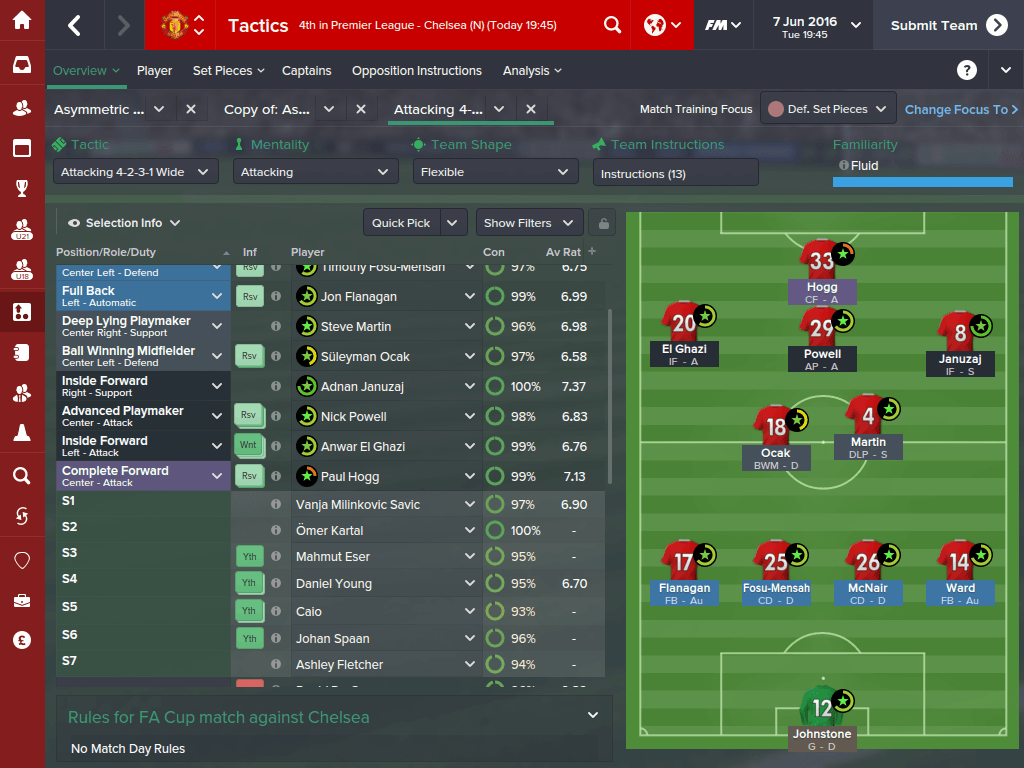 Out of those: Suleyman Ocak, Steve Martin, Paul Hogg, Omer Kartal, Mahmut Eser, Daniel Young, Caio and Johan Spaan are all regens in the age group of 15-17.

This is how the teams lined up on matchday: 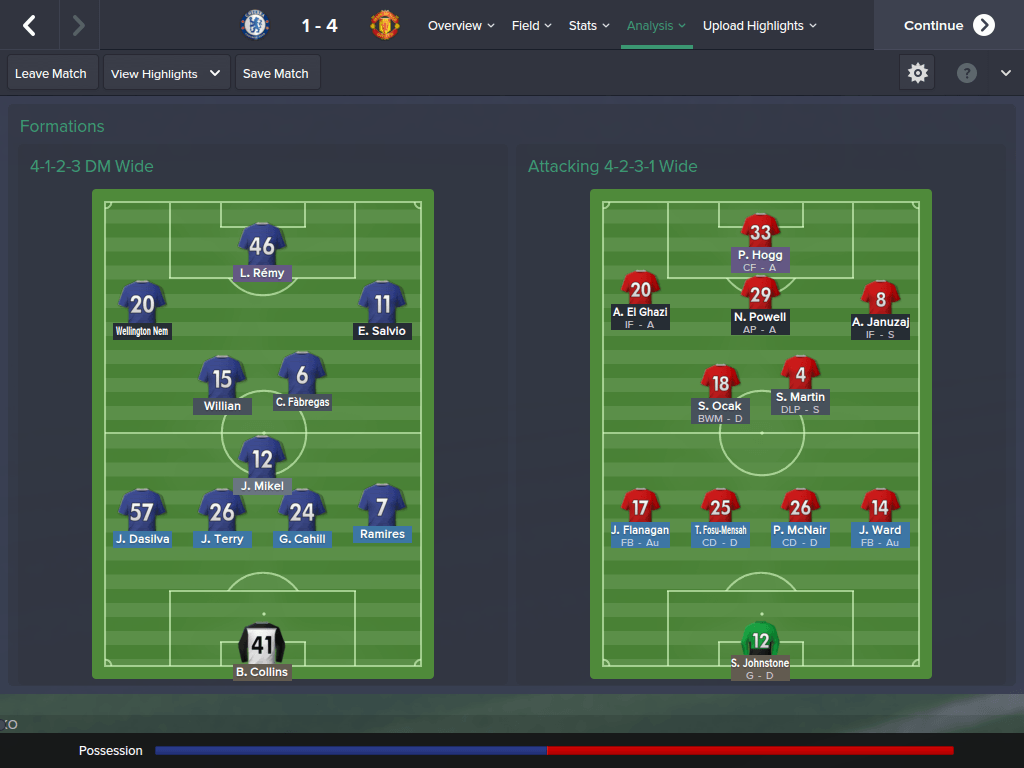 By this point I had given up all hope, but this was the result: 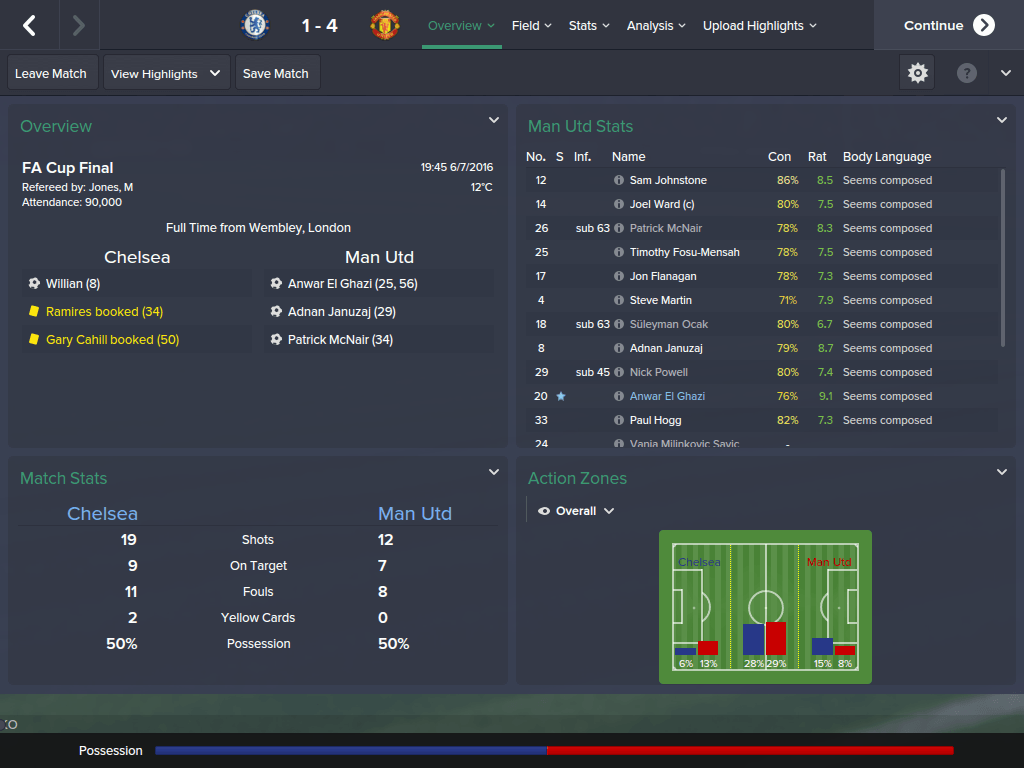 I literally started dancing at the final whistle, I think my mom called our doctor after that, but it was worth it
Login to Quote

You are reading "The WTF FA Cup Final".