Man0war
6 years
Foreword:
This will be a story that will run alongside my AFC Bournemouth one as I wanted to attempt an actual story. As an Aston Villa fan the last two years have been particularly disappointing (more so than any before) and the only highlight has been losing at an F.A Cup final. I decided I wanted to take a look at how I would manage the squad and embody a manager that was not a "random" guy that nobody has ever heard of before.

I hope you enjoy. 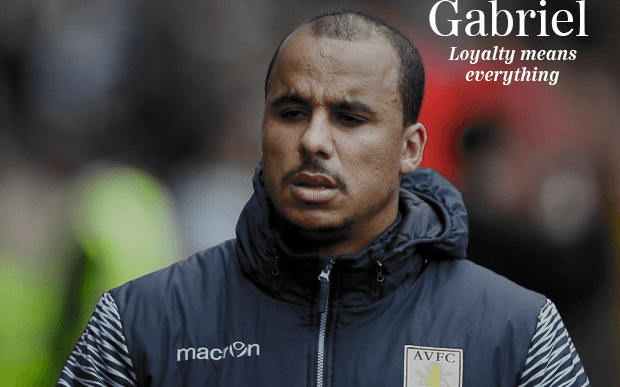 walkinshaw
6 years
Villa are so bloody popular, they're gonna be a lot of upset people when they get relegated this season lol. Good luck keeping em up and pushing up the ladder bud.

Also don't forget that Bournemouth save I'm enjoying it

Man0war
6 years
The end of last season had left me with a hazardous cocktail of emotions. The club that I had loved as child and held even more dearly as a man had managed to escape relegation and stumble their way towards an F.A Cup final where they were thrashed by a menacing Arsenal outfit. My head was cloudy, as if the heat inside it was belligerent towards the colder air outside and causing a thick condensation to cover my thoughts. Today was the last day of my holiday before I had to return to training and a large shadow of dread had begun to tread its way towards me, engulfing me entirely. The realisation that the club was going to be in the same position this season, regardless of the enhancements or fatalities in the squad.

I felt a soft, un-weathered hand grip my shoulder, pulling me away from the shadow that had enclosed me. It was Portia’s, who had just returned from shopping with my son, Gabriel Junior. The hand washed over me like warm soapy water and it made me feel clean. I turned and faced her, trying to embody a mood that I currently was not in, smiling. Her lips folded into a crescent moon as she returned a smile, before she turned and tussled Gabriel Junior’s hair before placing her bags on the kitchen island.

“I can’t wait to be like you, Dad. I’m going to play for Aston Villa and we’re going to win the Premier League!” Gabriel Jr. announced excitedly. ‘Not likely’ was the first thought I had, while imagining where the club would be when Gabriel was finally old enough for the under twenty-ones. ‘The way things are looking, we’ll be in League One.’

“You’ll be even better Junior and you’ll easily surpass my goal scoring record too. I’ve seen you on the training ground.” I’d watched him play numerous times, and he wasn’t half bad.

Gabriel Junior smiled with elation and loped off into the living room, leaving Portia to pack away the shopping and me in my Claret and Blue depression. I decided that I’d turn on the television and watch some SkySportsNews to catch up on the latest transfer gossip. As soon as I’d turned it on, they were discussing something about Raheem Sterling moving to Manchester City. ‘Kid's made a bad move’ was a thought I entertained after hearing stories from Scott Sinclar while he was on loan from them at the end of last season.

“Raheem Sterling is a perfect fit for Manchester Ci-

Sorry, this is breaking news. Just in. Aston Villa manager Tim Sherwood has resigned. It’s being reported that an alleged spat surrounding the club’s transfer policy with owner Randy Lerner has left him with no other choice than to evacuate his post immediately.

The club is rumoured to already have a manager lined up to replace him.”

The remote that I had been grasping so firmly throughout that announcement suddenly burst out of my hand and dropped onto the kitchen floor, with its back popping off as it landed, sending a couple of batteries under the fridge. Not only was Tim in my eyes a perfect fit for the club, he was a good friend and this news had stunned me that much that I could not muster the will to move.

I spent the rest of the night entirely oblivious to the rest of the world, contemplating how the club was going to get over this and who was going to help it. I did not want an unproven manager coming in and letting us down. I plummeted onto my bed and forced my face deep into the pillow, clutching it with my hands until I was finally calm enough to fall asleep.

I had training tomorrow, and as vice-captain of the side, I would have my work cut out.

Jack
6 years
Awesome update, not that I'd expect any less from you!
Login to Quote

Man0war
6 years
I turned the car into the training ground, Bodymoor Heath and saw my team-mates new and old congregating in the parking lot. Many of the older players were introducing themselves to the new boys, albeit wryly. The look on some of the new arrival’s faces was almost comedic as I realised many of them couldn’t even speak English. I dragged my car into a space, turned off the ignition and stepped out of my car. Young Jack Grealish, who had been in the papers a fair bit over the summer with some bad decision’s he had made had seen me and began to jog towards where I was stood. God knows I’ve made some bad decisions too.

“Gabby! How was your holiday?” his high voice shot towards me.

“Not bad Jack. I won’t bother asking how yours was seeing as it was all over the papers.”

He turned a shade of red that I had never been introduced to before. We chatted for a little longer and then made our way towards the grounds with the rest of the players. Training wasn’t bad, but I had to take a role larger than I would usually seeing as we didn’t have a Head Coach to guide us. There were two men in black suits standing on the far end of the pitch, just out of my eye’s reach, so that their bodies were mere silhouettes rather than solid figures.

We continued on with training and the new boys looked like they were ready for the gigantic battle we faced this upcoming season. That felt warm. To know they had come here with maybe no prior-knowledge of the club and were still willing to fight for Aston Villa was an immense feeling. They were getting paid for it at the end of the day though.

We began to train using the ‘El Rondo’ method, and I was in the middle. The ball whizzed past my feet every two to three seconds as my team mates took one touch of the ball and passed it to another one. Just as I was about to get the ball, I noticed one of the men in suits had moved and left the other. I shook my head and got back into the game.

Ashley (Westwood) managed to slip up as he kicked the ball and I pounced like a Jaguar, taking possession and sending him into the depths of the El Rondo circle. Just as I was about to take his place on the outer ring, I felt a common sense of dread, like something bad was going to happen. A hearty slap on the back shook me out of this, and as I span to look at who had slapped me, I noticed it was one of the men in suits.

“Mr. Lerner would like a chat, Gabby.” the voice did not match the suit. It was like a croak rather than a sentence.

So I let my team mates know to carry on, and I followed the croaking man outside of Bodymoor Heath and into a black limousine. My heart was racing and I felt dizzy. I leant back into my seat and began to bite my nails to stifle the nerves.
Login to Quote

Nick_H
6 years
Some nice writing so far, make sure to keep updating Bournemouth though as well as this. But if this is anything like Bournemouth it'll be brilliant!
Login to Quote

You are reading ""Gabriel"".