In what was a thrilling play-off final, Southend United won on penalties in the League Two play-off final. The game went to extra time following two entertaining halves, with Southend goalkeeper Daniel Bentley making some heroic saves in the goal. However he was the reason Wanderers took the lead in the 95th minute, a cracking free-kick from full back, Joe Jacobson hit the bar only to rebound off Bentley and into the goal. Wycombe were seconds away from getting back into League One, but Joe Piggott produced late drama scoring in the last minute, sending the game to a shootout.

Wycombe goalkeeper Alex Lynch, who was making just his third senior appearance saved the second penalty from Ben Coker, but when Matt Bloomfield, who replaced the injured Sam Saunders in the first half, missed the fourth penalty and both the fifth were scored, it went into sudden death. Once again both sides converted with Cian Bolger scoring the 15th penalty of the shootout. Bentley tipped Sam Wood's effort onto the post to end the Shrimpers five year wait to get into the third tier. It was heartbreaking for Wycombe boss Gareth Ainsworth who last season avoided relegation to the Conference on the last day of the season thanks to a final day win to Torquay United. They finished fourth in the table, with Southend finishing a place below in 5th and reached the final after beating Plymouth Argyle 5-3 on aggregate. Ainsworth said after the game, "It's bitterly disappointing for us. We worked so hard to get here and to lose, especially on penalties is a kick in the teeth for sure. But of course we'll work hard next season to make sure we're the ones that get promotion."

Meanwhile the play-off winning manager Phil Brown said, "Oh it's absolutely fantastic that's all I can say. We've really fought to get here and to ultimately win the final is amazing and we're now just going to focus on next season and make sure we can survive and once again make the fans happy. We've got to give it to Wycombe, they gave us a tough game and were unlucky not to win the game in the end." With that Wycombe will now mark their fourth year in League Two following relegation back in the 2011/12 season.
1

Good start mate, I will be following.
Login to Quote

Alfie J
5 years
Griffo - Thanks mate, means a lot and yeah the Premier League does need a bit of Phil Brown and maybe a bit of Ian Holloway? 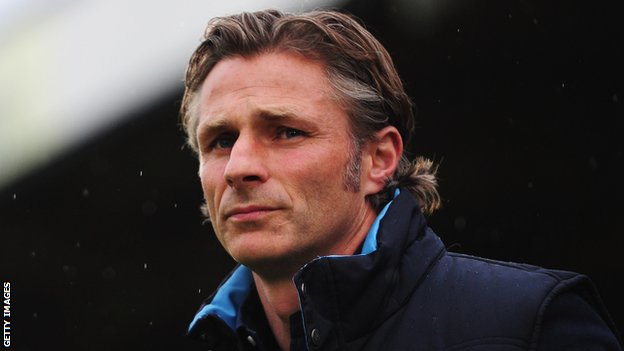 Gareth Ainsworth has stepped down as manager of Wycombe Wanderers following the play-off final loss to Southend United earlier this week. It comes as a surprise departure for the club after he picked up the manager of the year award after a surprise play-off place finish for the Chairboys. The reasons for his departure are currently still unknown.

Ainsworth was very much a legend in the eyes of fans as he joined the club in 2009 making 12 appearances that season, the season after he failed to miss a single game and was considered a huge reason in why the club achieved promotion to League One that year. He played 25 games for the club in the 2012/13 season but did not make a single start for them next season. He then went onto become a player/manager late on in the 2013/14 season, keeping the club in the Football League on the final day.

Wycombe recently quoted on the clubs website, "We are sorry to see the departure of Gareth Ainsworth as manager of the club. Gareth had an amazing season, getting the club to the play-off final and picking up the manager of the year title in the process. We, the board and I'm sure you, the fans, are thankful for what he has done for the club and we wish him best in the future."


http://www.westerngazette.co.uk/images/localworld/ugc-images/276414/Article/images/20307519/5614648-large.jpg
-Gary Johnson could be making a swift return to management-

It is believed the new man in charge could be ex Yeovil Town manager Gary Johnson who has been without a job since he was sacked earlier this year when Yeovil sat bottom of the table and were ultimately relegated to League Two. Johnson's record of clubs is fantastic, managed over 1000 games he has won 394 of them and has a win rate of just under 40%. He has had previous spells with Northampton, Peterborough United, Bristol City, Latvia, Kettering Town, Cambridge United and Newmarket Town as well as his two spells at Yeovil.
Login to Quote