I was fully aware from my desk at Chelsea’s state of the art training ground that I was in an amazing position. The number of incredible players and managers who had been at this club was truly astonishing. Players like Ruud Gullit, Gianfranco Zola and Frank Lampard had all graced the turf at Stamford Bridge, while Tommy Doherty, Carlo Ancelotti and, of course, Jose Mourinho had led the club to trophies.

I intended to be the next to do so.

As the vast swathes of media arrived in Cobham expecting to hear of an extension to Jose Mourinho’s contract, I prepared confidently for the challenge ahead. The challenge to take Chelsea to continued success, both domestically and in Europe. The challenge to build a new squad of young, exciting talent. The challenge to earn the respect of football fans around the world, and establish ourselves as the world’s best. These were bold claims for a 39 year-old Londoner who had no previous experience of management, or even professional football.

So how did someone like me end up in charge of one of the reigning English champions? Simple. Pure luck. I just happened to bump into a lost Roman Abramovich in London, and when he asked for directions to high-end restaurant Zuma, I simply gave him some ideas for his football club. Since then, Mourinho had been arrested for drink-driving, and his downfall continued when allegations of tax avoidance had been set against him. Abramovich then fired him, before he called the number that I had scrawled onto the corner of the map I had drawn him. That was how, in early July 2015, I was preparing to kick off my career as manager of Chelsea Football Club.
Login to Quote

InvertedWingbacks
6 years
good luck man! Good to see another Chelsea save kicking around!
Login to Quote

Joe
6 years
InfraRed : Thanks mate, hope you enjoy it!
Login to Quote 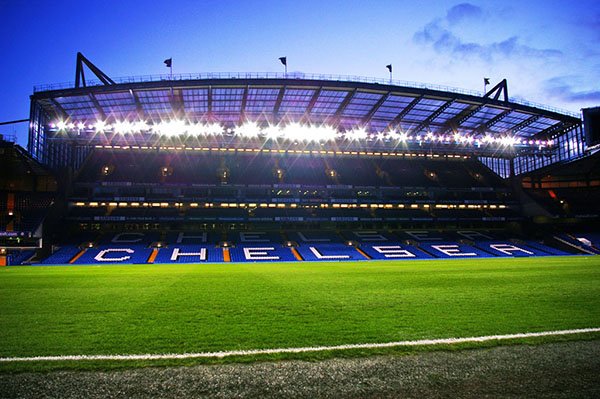 New Chelsea manager Darren Rodgers has begun his managerial career by ruthlessly firing almost all of the club’s staff, with only goalkeeping coach Christophe Lollichon retaining his job. Rodgers also faced the tough decision of terminating many youth players’ contracts, as over 30 players were left searching for new clubs. The cull is set to continue, as Rodgers has begun to recall players out on loan across Europe, with many also expected to be sent packing by the the 39 year-old.

Rodgers had this to say on his eventful first day: ‘It’s been a busy day, but I am relishing the prospect of rebuilding the club in my own particular style. I will be even busier these next few weeks of pre-season to prepare for the new season, because we’ll be looking to come out of the blocks fast.’

Rodgers is said to have already offered contracts to some new staff, however there has been no action on signing new players so far.
Login to Quote


Chelsea have today announced that they have begun to rebuild their coaching staff with the signings of 11 coaches, as well as 9 new scouts. This all happened after new Chelsea boss Darren Rodgers cleared out the whole of the backroom staff on arrival at the club.

Some of the high profile names who join the backroom staff include Dutch duo Jaap Stam and Wim Jonk, who were both signed from Ajax. Stam, who played for Manchester United and C Milan, has taken up the role of Under-21 boss, while Wim Jonk has joined as an attack coach. 55 year-old Bernhard Peters has joined as the Head of Youth Development, and the German wasn’t the only one to swap Germany for England. Stam didn’t smile often as a player, but looks to have cheered up

Finally, Rodgers’ right hand man in his new job will be Mauro Tassotti, who joins on a 4 year deal from AC Milan, where had held a handful of roles after joining as a player in 1980. Rodgers can now boast one of the best coaching set ups in world football, and while there is still work to be done, he was said to be happy.
Login to Quote

Joe
6 years
walkinshaw: She had already left 'mysteriously' in the summer 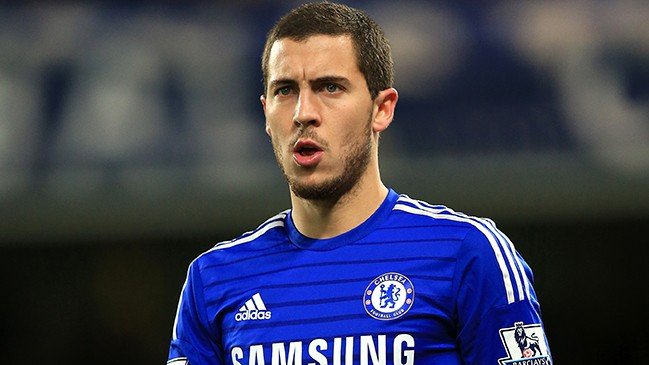 Today we bring you an interview with Eden Hazard, winner of last season’s PFA Player of the Year award. Eden was in stunning form last year, scoring 14 goals on the way to the Barclays Premier League title.

What’s it been like with the new manager taking over?

It’s been really enjoyable these first few days. Darren seems like a really good guy, and, although we all complain about how tired we are at the start of pre-season, he has made training very fun. He knows his stuff about football, and I think that all of the lads have taken to him straight away.

And what about the manager leaving?

Well obviously with Jose, many players at the club had a special connection with him. JT, Mikel and Ivanovic all were here when Jose first took over, so obviously it was tough for him to leave them again. I also think it is a big shame because last season was such a success. The fans here loved him, but I think they will love Darren even more.

Do you think Darren Rodgers can lead Chelsea to glory?

Obviously he has only been in charge of the football club a few days, but I think there is something special about him, even more than when we had Mourinho here. He has a certain charisma that gets everyone on his side, and even in training we have been able to see this. I think that if the owner decides to keep him here long term, then I’m sure the trophies will start to roll in.

And finally, can you give us any inside information on any transfer news from the manager?

*chuckles* Ah nice try, but I’m afraid you’ll have to ask the boss himself, as he does all of those deals. I’m just here to play my football and make sure Chelsea win. 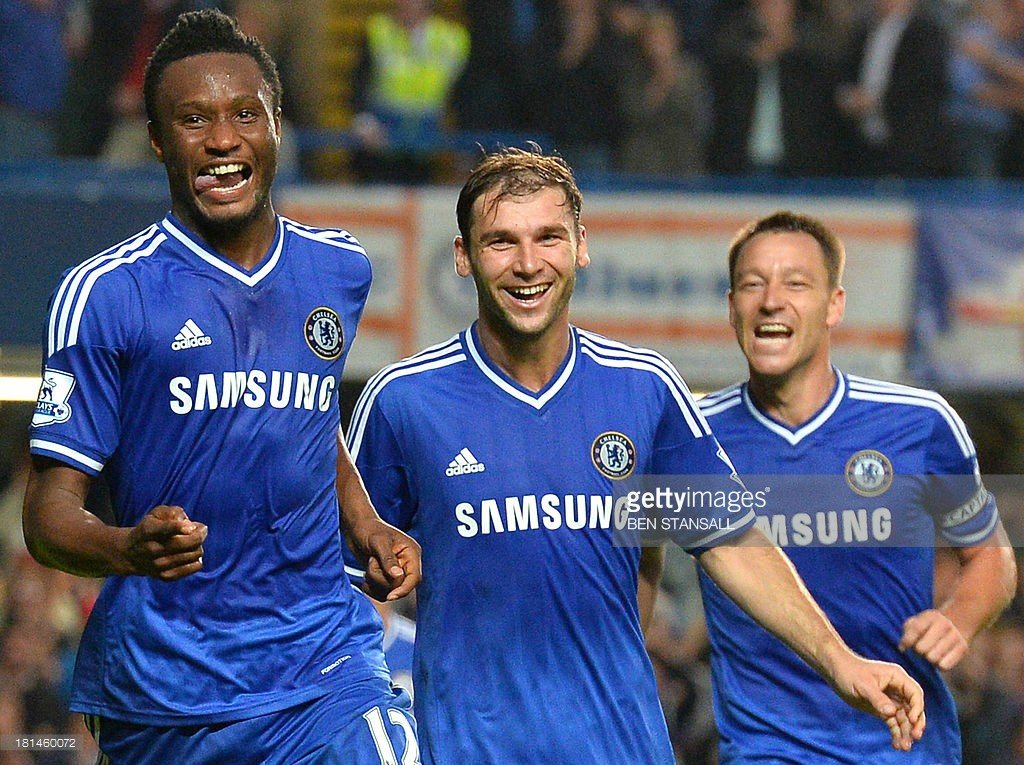 Mikel celebrating his only Chelsea goal with Ivanovic and Terry

Chelsea have today announced the sale of two of their longest serving players. John Obi Mikel, who joined the club for £4M in 2006, has left to join Paris Saint-Germain for a fee thought to be in the region of £15.75M. Mikel made over 200 appearances for Chelsea and, while never setting the world alight, became a solid fan favourite at the club. The Nigerian managed to score only one league goal in his time at Chelsea.

Another player leaving the club is Serbian defended Branislav Ivanovic. Ivanovic made 214 appearances in the League for Chelsea, scoring 20 times, and was part of the famous 2012 Champions League triumph. The 31 year-old has joined Premier League rivals Manchester United for a fee of £9.75M. The Serb was a fan favourite at Chelsea, always managing to pop up and score goals, even when his defensive skills began to wane.

With these two sales, Rodgers seems to finally be moving on his squad, with now only John Terry still at the club after being part of Jose Mourinho’s first reign. It remains to be seen who Chelsea might sign to fill the gaps left by these two players, but Rodgers is said to be interested in signing John Stones, who would cover both of Ivanovic’s former positions. The new Chelsea boss has also said that he wants to bring more youth through, so chances for midfielders Ruben Loftus-Cheek and Charlie Colkett may become more of a regular sight in the future.
Login to Quote

Welcome to Chelsea Jhon and Maximilliano 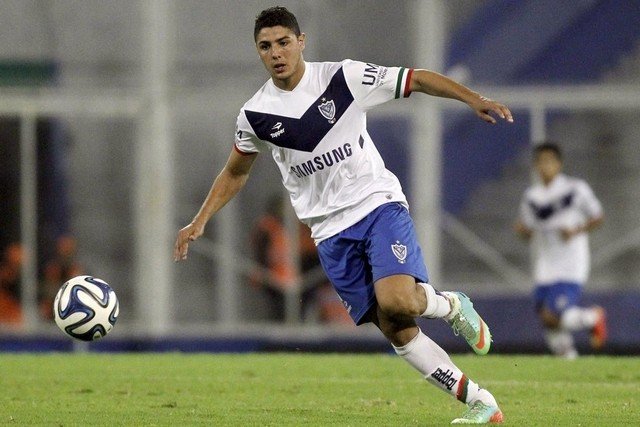 Romero in action for Velez

Chelsea Football Club are today delighted to announce the singings of two new players. Maximiliano Romero joins Chelsea from Velez Sarsfield in Argentina for a fee of £1.1M, which could rise to £1.5M. Romero is a 16 year-old striker, and is yet to make a league appearance for Velez. However, a handful of goals in cup matches has seen Romero snapped up by the Blues thanks to his pace and dribbling skills. Romero will need to wait until his 18th birthday before joining the Blues, but could be in the first team squad from January 2017. 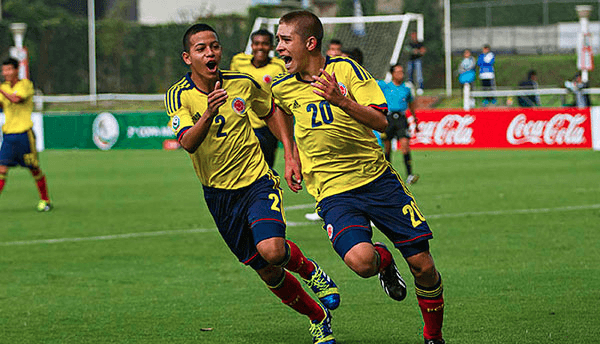 Arango has scored 4 times for Colombia Under 20’s

We are also able to announce the signing of Jhon Arango from Deportivo Estudiantil in Colombia. An initial fee of £5k, potentially rising to £462k has seen Arango snapped up for a bargain. The attacking midfielder, who plays in a similar style to James Rodriguez, is adept with both feet, and has 16 Colombia U20 caps, as well as a few goals. Arango will join the club at the end of the season, after turning 18 years-old.

You are reading "Darren Rodgers - A New Face".