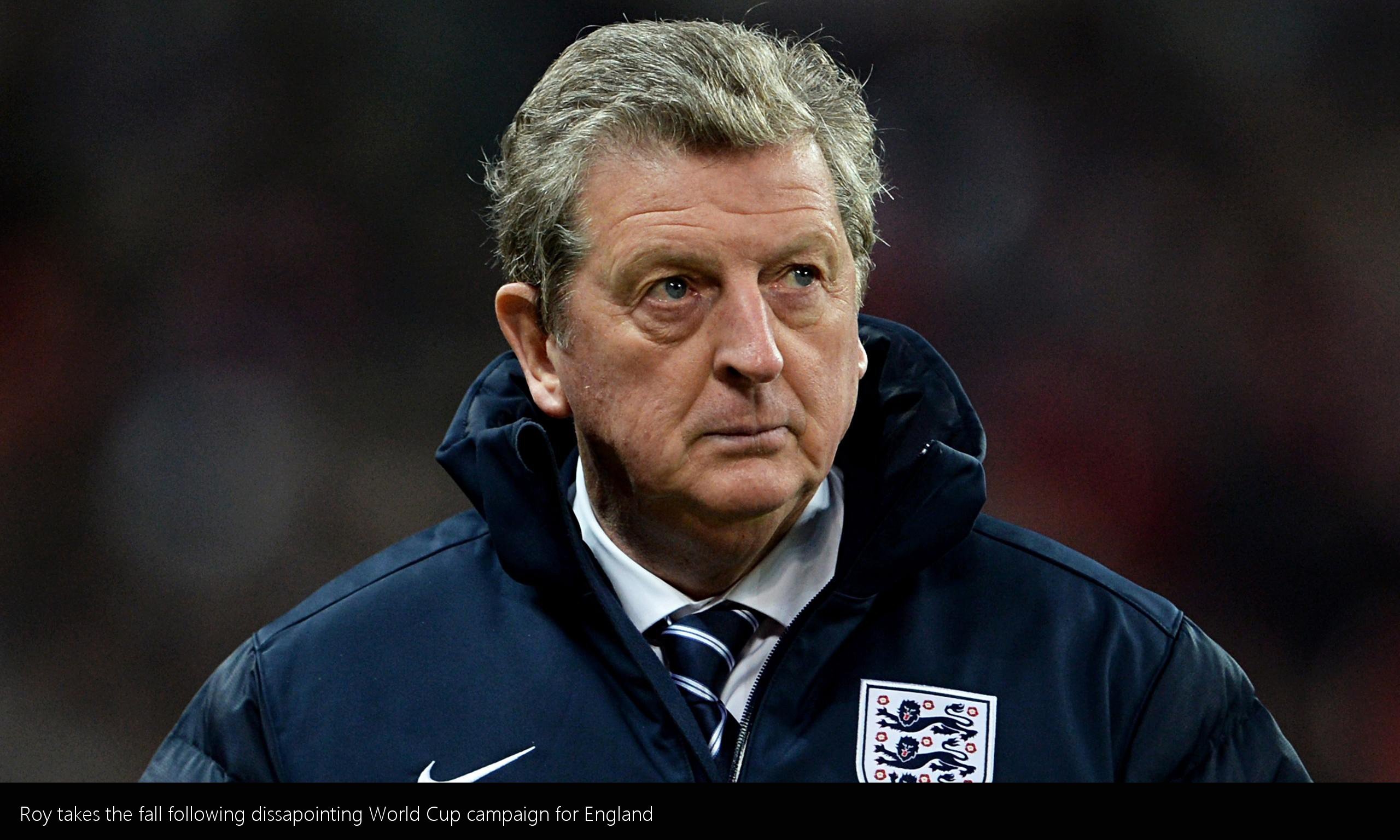 Following England's group stage defeat at the World Cup in Rio, the English FA have made the decision to remove Roy Hodgson from the managerial seat. England were unable to come out of their group and therefore left Brazil early. The former Fulham manager was in charge just over 4 years after being brought in just before the Euro 2012.

England suffered defeat at the hands of Uruguay and Italy before a goalless draw with Costa Rica, the surprise sensations in the eyes of many. The Three Lions finished rock bottom with a single point and only two goals, way below expectations. Only a few days after returning home from the competition Hodgson stated he had no intentions on resigning,

"I'm not going to lie and say that we tried our best and we can go out and win it next time, but I'm not going to let the team sit here and feel sorry for themselves either. I completely get the fans frustrations after Rio but the only thing we can do going forward is train harder and work one step at a time towards the next big game. My contract is up after Euro 2016 and I am not intending on stepping down until then."


Obviously the FA felt they had to step in and ensure improvements for the upcoming Euros in a couple years, a competition in which England don't have the greatest history. The greatest attempts being in 1968 and 1996 when they were knocked out in the Semi Finals to Yugoslavia and Germany.

Qualifiers for the Euros in France will begin soon as England prepare for a relatively easy group including the likes of main threats, Switzerland and minnows, Estonia, Lithuania and San Marino. Whoever the new manager may be, he will be expected to qualify with ease and roll confidently into the competition.


A plethora of managers will be available to take over as the managerial job at England must be seen as a dream to many young coaches. Some candidates include staff in the setup currently, the likes of former Manchester United defender and now coach, Gary Neville and Under 21s manager, Gareth Southgate. Southgate may be a more viable option with managerial experience including guiding Middlesborough to a respectable 12th during his first season in charge. The former Aston Villa defender has not taken over a senior team however, since he was relegated at Boro in 2009.

Another favourite is the man who seemed destined to take over following Fabio Capello's resignation, Harry Redknapp. The now unemployed 68-year old was also favourite to take over before Roy Hodgson swooped in but it never materialised. Redknapp definitely has the experience and pedigree of managing Premier League sides including Tottenham Hotspur and more recently QPR.

The dark horse however is Swansea interim manager and former captain, Garry Monk. The young coach was put in charge to replace Michael Laudrup and enjoyed a successful few months guiding the Swans to escape relgation with a game to spare. Monk's attacking style of football and excellent man management would be popular amongst England fans who now have many years of defensive, somewhat boring football etched in their minds.

Whoever takes over will start with an upcoming friendly at Wembley against Paraguay. A welcoming first challenge to the new boss of the England Nation Team
Login to Quote

MJK46
4 years
Welcome back and this looks like it will be a great story!
Login to Quote

AliciaWAFC
4 years
What a great start, really looking forward to this 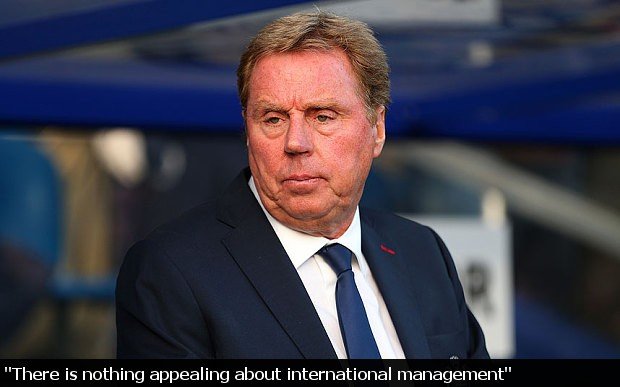 Former QPR boss, Harry Redknapp denies any links to the vacant managerial position for England's national team. When asked if he was interested in the job Redknapp laughed and put an end to the rumours.

"I can see why managing a country can seem such a big deal to many people. The excitement of the World Cup, the thought of a pool of world class talent at your fingertips and the less congested fixture list. I get that. In my eyes however, there is nothing better than managing in the Premier League. It is something that I don't think taking charge of England would capture. There is nothing appealing about international management, it doesn't interest me and it never will."

What's next for Harry Redknapp?


The 67-year old resigned as QPR boss in February after being tasked with a knee operation which meant he was unable to give 100% to the job. At the time of his resignation, The Rs were second from bottom in the league and only gained 19 points from 23 games, a poor record that future employers cannot overlook.

Retirement may also be an option for Redknapp who is closing in on 70 and has done a lot in his 30+ years of management. These include winning Premier League manager of the season whilst at Tottenham Hotspur and also the FA Cup with Portsmouth. He also explained how he faced retirement whilst at QPR only to be met with Bobby Zamora's late winner in the Play-off finals. Don't be surprised to see that be his last venture into management.

What's next for England?


That could very well have been a big target for England gone which now opens the door for less experienced candidates. Gareth Southgate now becomes favourite for the job with good performances from his Under 21 side. Behind him is a more veteran replacement but less appreciated by fans, Alan Pardew. Currently in charge of Crystal Palace, Pardew has the knowledge of how to make a team overachieve but it could be a risk.

Garry Monk and Gary Neville are also seen as a possibilities for England with fans curious to know what they could achieve with the Three Lions. Monk known for his attacking style of play whilst at Swansea whilst Neville a fan favourite at Old Trafford and former captain at one of the biggest teams in the world.

The race is hotting up and the end result will be an interesting development.
Login to Quote

Jack
4 years
I reckon Gary Neville for the job

You are reading "[FM15] Making the Three Lions Roar".