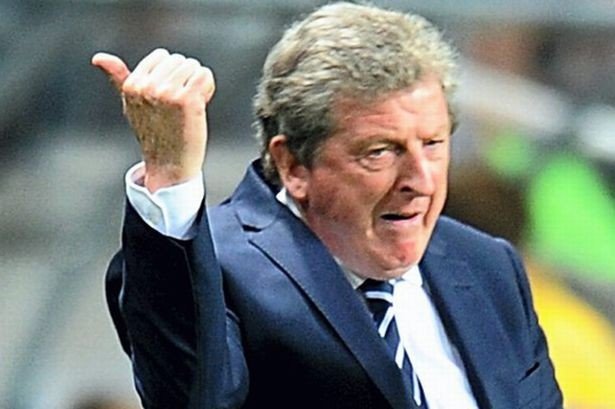 I had just woke up to something I had not heard for so long, what the hell was that banging on the door! I wiped my eyes and and made my way downstairs, and opened the door, it was my daughter who had obviously forgot her keys! Get in I told her. I turned on the TV and put on Sky Sports News and to my shock the main headline was Roy Hodgson SACKED by England.

I was looking in disbelief at the TV and it got me thinking, why don't I apply. I mean I feel that I can do the job again and there has been so many What if's from my last stint in charge but this time I feel that I could do it my way and bring in the backroom staff that I want. So with contacts still in the F.A I thought to myself, lets call and declare interest in the job. 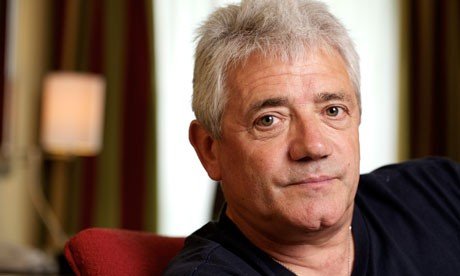 So I made the phone call, and told the snotty nosed receptionist on the other end of the phone that me, Kevin Keegan wanted to become the next England manager and it was obvious she new fuck all about football because she said to me on the other end of the phone, What qualifications do you have Mr. Keegan? I mean WHATTTTTT!!! Does this woman even know what she is talking about, so I promptly told her to give my details and hung up.

I feel I could work really well with the exciting bunch of young players who are coming through at the moment, players like Dele Alli, John Stones, Luke Shaw and Ross Barkley all show that the future of England is very bright.
Login to Quote

Griffo
5 years
Ha do you know who I am?!
Login to Quote I spent the next week or two thinking to myself have I done the right thing and could it really be easier than before?

But then yesterday I heard a shout from downstairs from Laura, my daughter,

"Dad, Mourinho has turned the job down now too!" 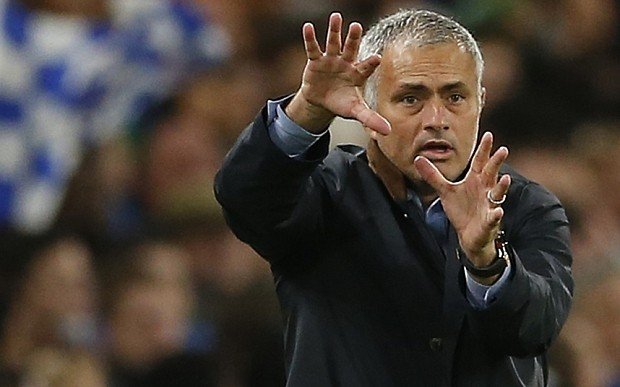 Mourinho has turned down the England Head Coach Job

Now I will be honest and say that I am not keen on not being the the first choice, however I know that football has moved on now and I have been out of management for eight years but every time I hear that a manager has rejected the chance to manage England, then I think Yes! It is getting closer and closer

The other day I called Peter Beardsley to see what he thought and on the whole he was pretty upbeat about it, but thought that they would need a lot work and a lot of tinkering and I would be lying if I was to say that I hadn't thought about who would be in and who would be out IF I was to get the job. Peter also asked if I could find him a position and I ofcourse said yes because he is a player of international experience and someone I can trust. 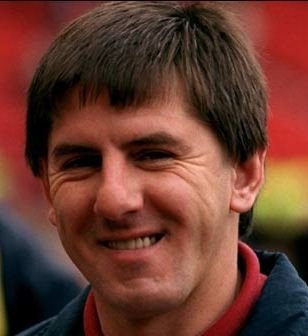 Keegan called Beardsley for advice about the England Job

The thing I have not discussed with my family yet is relocating to London because they love it here in Newcastle but they are on my side and believe I have something to give so I do not think that it will be a problem.

I have kept myself active in football, I go to watch premier league matches all the time and I know that Dele Alli and John Stones are awesome footballers and have a long career ahead of them. There are players that I have not been impressed with though too, Joe Hart is over-rated in my opinion, Wayne Rooney doesn't offer much anymore and Jordan Henderson is also a one season wonder. 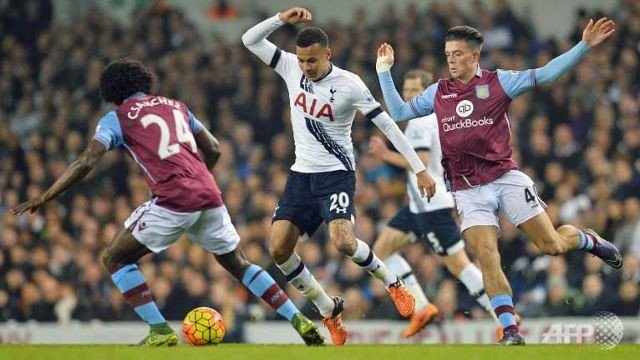 Could Alli and Grealish play in the same England side

I do not like whingers either so Jack Grealish's attitude must change and Saido Berahino, who is a fantastic striker also needs to grow up to get anywhere near the England side.

Jamie Vardy is the man that players need to look at! The way he has come through the ranks, he works hard and will always give 100% but will still need to be firing in the goals if he is to get into the England squad if I take charge.

"Hello, Mr. Keegan this is the Football Association"

To Be Continued
Login to Quote

Znik
5 years
Great intro... who knows, maybe they turn you down!?!

Lots of exciting talent available nowadays, should do you well to build for the future!
Login to Quote

Balik
5 years
Another cliff hanger in a story shaping up well! Great intro as always and if you get the job, the first thing you have to do is fire that receptionist!
Login to Quote

Keegan puts the phone down

I just sat there in disbelief! I mean I had never had a phone call that long before, and some of the questions!

"Can you definitively tell us, the F.A. that you can win the World Cup and the European Championship?"

How do they want that answered, I mean do you lie and say yes! Absolutely! or do you tell them the truth, which is what I did.

"I believe that if I was to be given the freedom to bring in who I want and able to pick the players that I want to pick, then there would be a possibility. I feel England have a great core of youngsters, who if given the right mentoring can become world class players"

I don't usually accept jobs when I am not the first choice but this time I believe this this is the only way to land the England job! There were a lot of usual crappy questions like "how long would you like the job for?" and also "would you keep Rooney on as captain?" Now this question was a simple answer, "No! I would not even pick the guy, I think he is past it and only gets picked on his past season's!"

Well that ended that conversation! It was a painful fifty-three minutes and 25 seconds of my life that I will never get back.

Afterwards I had a visit from Alex Neal, boss of Norwich, who was up north due to Norwich playing Sunderland in a preseason friendly. Personally I would have gone abroad for pre-season but obviously Norwich didn't want to do that, when I was manager of Newcastle and Manchester City I used to make sure they went abroad to play, more because I got away from the wife and kids!

Anyway, I went a bit off on a tangent there, he said that coming from a source close to the F.A Chaiman that I had got the job! Now obviously I took this with a pinch of salt because in the past I had been told that I would get jobs and not get them or that I was not getting a job but getting it anyway!

Anyway Alex and I sat for about 4 hours drinking tea, wine and eating Chinese food, I had chicken balls in sweet and sour sauce with egg fried rice. I have no idea why they sell egg fried rice but my god it was tasty! Alex was telling me that he was fearing for his job but I told him there was nothing to worry about and that he was doing a great job.

He asked me what changes to the English side I would make if I got the job; to which i said that Rooney would not get a look in until his form drastically improves and I also told him that Joe Hart, which he is a great keeper would not necessarily be my number one keeper. All I will say is that Alex was a bit shocked at that comment and told me that I should reconsider.

Alex then ha a phone call and had to make a hasty exit, as he left the phone rang and I picked it up.

"Hello, this is the F.A and we have come to a decision"

"We would like to thank you for your application and we considered everyone that applied and can now tell you that you...........(Find out next update if Keegan Landed the England Job)
Login to Quote

"that you have been successful in your job application and we would like to offer you the England job, we will fax you over the contract to sign and you will start tomorrow. We have also found you a house in a very well off part of London and it is ready for you to move in straight away"

I just stood there motionless for what just seemed an eternity and it was only interupted by the voice on the end of the phone,

"Mr. Keegan are you there?"

"Oh yes sorry, I am, thanks for giving me the job and I will see you tomorrow"

I made a few calls and let my family know I had been giving the England job and then I went to the kitchen opened the fridge and grabbed a cold beer and just sat down infront of the TV and watched Sky Sports News, knowing full well that the media were now outside already!

It doesn't take the British media long to get to people's houses but I was not going to give them what they wanted until tomorrow but it was very funny that Sky Sports News were talking outside my house and I was sitting with this beer and the presenters were saying that the bookies were offering 5/4 that I would lose my job within six months!

How rude is that! I then opened my second beer and started to make plans with first decision of dropping Wayne Rooney already made in my head and then there was the issue of Joe Hart. I do not agree that he is irreplaceable and I am tempted to give either Ben Foster or Fraser Forster the chance to play instead of Joe.

I am most definitely looking forward to the challenge of taking England to a major trophy again!
1
Login to Quote

MisterLister
5 years
Very good start, keep it up mate. Gonna follow it for sure

Znik
5 years
Some controversial decisions there! I'd add Butland into the mix of GK's, as he's got more of a future than Foster!
Login to Quote

You are reading "England: Success Or Failiure? A Kevin Keegan Story".