Good evening and welcome to Sky Sport's coverage of the match with Hoffenheim and Bayern.


This is a do or die match for Hoffenheim s a win would guarantee them safety and loss of points and victory for Werder Bremen means Hoffenheim will stay in play-off places.

Die Bayern have already secured the Bundesliga title so it is all to play for the Blues today.


The Wirsol Rhein-Neckar Arena is full today with over 30,000 people chanting the hoffenheim's player's names today. 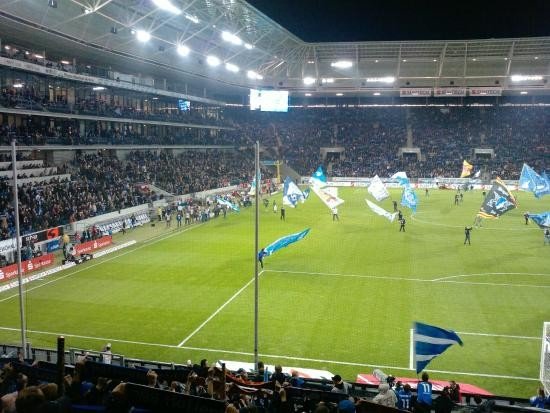 The match starts and Hoffenheim immedately attck the Bayern half.

Hoffeneim with a dream start as they score three goals in a great 30 minutes period which so Bayern crumble to their pressure.

The most controversial moment arrive in the 50th minute when Sebastian Rudy is given marching orders for a fou on Arjen Robben. But the replays show that Robben had dived. The Hoffenheim fans are booing at Robben.


That turns out to be the turning point as Bayern score 5 goals in a 24 minute period in which
Robben score 4 goals. 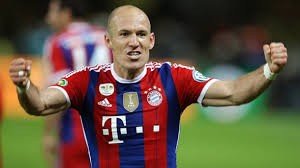 
The match ended 5-3 and Hoffenheim stay in the play-off places and will battle it out against Sandhausen. Meanwhile Bremen celebrate a surprise victory over Leverkusen i the Bay Arena.


"What the fuck was Arjen doing there"? My friend Timo cried out

"He is shit"Replied my other friend Tobias

"We were playing really well out there"Timo said

"I am leaving tomorrow"I said

"Any place I will get a job"I replied

"Football Manager.I want to manage a club and beat the Filthy Bayern with them"I confidently
replied.”It’s time for REVENGE.
Login to Quote

Live For FM
6 years
I departed from Sinsheim on the 24th.Then I arrived at the Darmstadt Head Office.But luck was not on my side as they even refused to arrange an interview.Very bad start.

No Deutschland clubs seem to take interest in me.I even applied for Die Mannschaft's U19 team but they laughed off my interest. So I decided to leave for Serbia


Red Star Belgrade offered me an interview, but they doesn't seem to understand my philosophies. So I dumped them.

Then I gone back to my home and restocked some of my things and left to England. I was sure to get a job there.

I arrived at the Liverpool airport in time for the Tranmere Rover's interview. They had an interest in me, but I rejected their approach.

Then a team I haven't even heard of offered me a job. But I have hope in this team. They have the potential to go on and on and to beat Die Bayern. They seemed to have been waiting for me to become their saviour. I really liked them... Really.........
Login to Quote

InvertedWingbacks
6 years
interested to see who your team will be man! good luck!
Login to Quote