Coming good on their promise of fully backing their manager in the transfer market, Southampton's board have sanctioned a structured deal for Tottenham youngster Nabil Bentaleb which is thought to be worth up to £29.5m over the next 3 years.

It is a deal which sees Southampton's midfield carry two of England's brightest stars in Bentaleb and James Ward-Prowse, ahead of a season which could prove to be definitive in the club's history. Speaking to the press, the new signing was forthcoming in his praise for the setup he has found at the club

"It's incredible. The facilities here are nothing short of top-quality, and although Tottenham will always have a space in my heart, it was difficult for me to see past the opportunities which I'm going to get at Southampton - first team football has to be a priority for me at this stage in my career, and thats what i'm going to get at Southampton. As a whole, the club is ready to push for the next level and I'm excited to be a part of that."
Login to Quote

TayBAFC
5 years
Great story so far and some great signings. Bentaleb is a huge fee so hopefully it works out for you in the end.
Login to Quote

As pre-season draws to a close, Southampton can look back with pride at a pre-season which saw them unbeaten in 4 games. Wins against PAOK, Woking and Blackpool, and a 3-3 draw at Gillingham provide a solid spring-board for the upcoming Europa League qualifier against Ferencvaros

Analysis: Ronald Koeman
I think we have to be delighted with this pre-season. We played well and showed familiarity with our tactics with our new signings bedding in well, which is encouraging. Ideally I would have liked 4 wins from 4, but the game against Gillingham showed that we had the mental character to fight back when we're losing a game.

For me, the really encouraging sign was how many goals we scored - 10 goals in 4 games is highly pleasing, and for me our standout was Saido Mane, who was a constant nuisance to opposition defences and pitched in with 2 goals as well.

Player of the Month: Shane Long

I know I said Saido Mane was my standout performer, but for me, Shane Long had a valuable contribution both on and off the pitch, with three goals in the 4 games, and helping our new players bed in around the club, particularly with getting them involved at training.
Login to Quote

mgriffin2012
5 years
Great way to go into the new season! Good luck for the tough Premier League campaign ahead!
Login to Quote

Griffo
5 years
Very easy pre-season to cruise through there, good luck for the season ahead!
Login to Quote

Jack
5 years
Some easy wins there but good for morale no doubt! Great layout and I'm really getting into this Infra!
Login to Quote


After a simple pre-season, the first real test for Southampton came in the form of an away trip to Ferencvaros in the Europa League qualifiers. 10,486 packed into the Hungarian side's stadium for the first leg, with the away fans leaving jubilant after goals from James Ward-Prowse and Graziano Pellè hit the net either side of William's 66th minute strike for the hosts.

Two away goals is always a good cushion, but in the second leg, the hosts didn't need them. An imperious midfield performance from 20-year old Ward-Prowse inspired the Saints to score 3 goals without reply - Saido Manè, Juanmi and Dusan Tadic all netting in the first 20 minutes. Nerves well and truly settled, Southampton played their Hungarian visitors off the park for the rest of the game.

Harrison Reed, partnering Ward-Prowse in the heart of midfield, was also in excellent form, delighting fans who took to Social media later to proclaim that they had seen the future of Southampton's midfield, and it had made excellent viewing.

The visitors did regain a small shred of their pride when Roland Lamah scored in the 88th minute after a handball from Victor Wanyama conceded a penalty. Ward-Prowse capped his performance with a glorious volley from the edge of the box in the 90th minute to restore the 3 goal cushion, and confirm his side's place in the playoffs, where Aberdeen await.
Login to Quote

mgriffin2012
5 years
Great job in qualifying for the next round, hopefully you can do what the saints couldn't do irl and get to the group stage
Login to Quote


The opening day of the season - a day when hopes and dreams are aired for all to see, and a day when those hopes and dreams can be cruelly dashed. That certainly looked to be the fate of Southampton this evening, as they battled against a resilient West Brom side who had been buoyed by an early goal from in-demand striker Saido Berahino.

The 22-year old Englishman, who is being courted by Chelsea, Arsenal and Tottenham, was the catalyst for West Brom, breaking through the Southampton defence several times in the first 10 minutes, as the defensive pairing of José Fonte and Virgil van Dijk struggled to deal with his movement. Maarten Stekelenburg was often seen red-faced, trying to marshal his defence, as West Brom surged forwards again and again, kept at bay only by several tremendous saves from the 33 year old.

But he could only hold them for so long. A whipped cross from Chris Brunt found Berahino unmarked, and alone in the penalty area, and the Striker made no mistake, volleying home from 10 yards to give his side the lead. From then on, West Brom were a side in the ascendancy, railing against a resolute Southampton defence, who managed (barely) to hold on for the remainder of the half.

The second half, Southampton came out the stronger team, pushing forwards against the West Brom defensive pairing of Olsson and Evans, who looked far from comfortable. In the centre of the park, a midfield duo of James Ward-Prowse and Harrison Reed were making things happen, and Reed in particular was impressive, cutting the West Brom defence open on several occasions; and left frustrated by his Striker's inability to finish the chances they were given.

The frustration was mirrored by the supporters who were doing all they could do rally their side. Juanmi limped off just after 50 minutes with a leg injury, followed closely by Dusan Tadic - they were replaced by Shane Long and Jay Rodriguez respectively, and Southampton's play cranked up another level with the introduction of some fresh legs.

As the game powered into the last 10 minutes, Southampton's positive play had West Brom pinned back, and a quick counter attack sparked by Reed's cross field pass to the onrushing Cédric earned a throw in. The Portuguese defender took it quickly, finding Wanyama, who laid an intelligent ball back to him behind the defence. The cross floated into the area, and nobody took ownership of it until Saido Mane rose from the pack of players to power a header into the bottom right corner of Myhill's net and draw his side level 3 minutes from time. 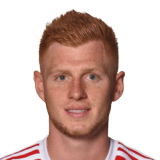 Justice
5 years
Good way to claw back a point, hopefully you can build on this!
Login to Quote