I’ve never done a story on here, so pardon me for any silly mistakes that I do during the writing.

I’ll try and make a diary-like story, making my best to prevent any big walls of text on my updates.
You can consider everything written in Italic as ”Author’s Notes”, the rest will be the story itself.

I decided to pick SC Heerenveen as the club to manage. Why? You’ll see in the first update. But for now rejoice, as you meet the man, the myth and the legend that will take you through this adventure. 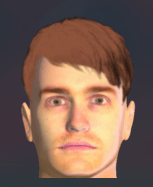 Doesn’t that look like the face of a man that knows what he’s doing?
Login to Quote

DDDRF
5 years • Edited
So, why have I picked Heerenveen you ask? Well: 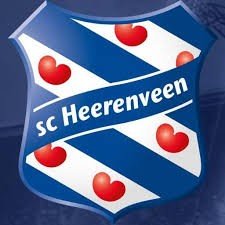 They have little adorable hearts on their logo. And on their kits. C’mon, how could I not pick them.
So, now that’s done, let us begin the story!!

“Remind me never to fly again”, was the thought crossing my mind as I waited in Amsterdam Airport for my luggage. The flight had been short but terrible. I won´t bore you with the details of my voyage, but I’ll have you know this: kids are really annoying.

However, I had made my trip slightly more enjoyable, as I cracked open my laptop and loaded up Football Manager. I mean was there another possible way that I could meet the squad?

The main goal wasn´t to see in which position they played, or what main attributes they had, but to see how some of their name were pronounced. I mean, how the hell do I say the name Maarten de Fockert without telling him to f*ck off? Luckily he’s only my backup keeper, so I guess I can now and then tell him to f*ck off back to the subs bench.

Meanwhile, my luggage came, so I picked it up and headed to the train station. I wished now was the time where I can say how lovely The Netherlands are, but it was raining and it was 2 A.M. (damn you, Ryanair flight schedules). However, I was able to spot Ajax’s stadium, which (spoilers!) is a very nice stadium. Unfortunately, we only play there in the last game of the season, and by that time I’m pretty sure I will be out of a job.

Speaking of the job, I had a meeting scheduled with the chairman at 9 A.M. tomorrow. Which was 7 hours from now. Either way, I decided to look up his name on Google.
The first thing to pop up was his Twitter profile: 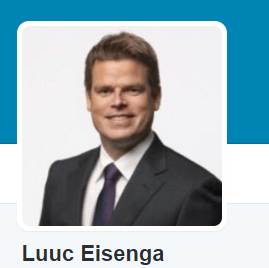 He looks like a nice chap.
But the most interesting thing was his LinkedIn page which revealed the following curriculum:

So I guess he’s involved with cycling. How bloody Dutch.

Oh, and he has this set of skills:

So I guess he’s good with marketing.
Tomorrow’s meeting’s going to be fun.
Login to Quote

Griffo
5 years
Awesome start, you have yourself a fan!
Login to Quote

You are reading "Building a Dutch Empire".