Thank you, I'm glad you like it!
Login to Quote 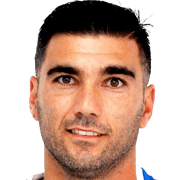 Jose Antonio Reyes: The Sevilla captain has put in some wonderful performances during the matches leading up to the new season, scoring two goals against both Barcelona and Piacenza to show off his fantastic month for the club so close to his heart.
Login to Quote

mgriffin2012
6 years
Loving your style mate, that super cup update was fantastic, nice to see you couldn't beat Marseille in the friendly cup final though

MJK46
6 years
Really good write up here and keep it up. There is only one thing I have an issue with.... Getting rid of Gameiro makes me really sad haha.
Login to Quote


Well, I did receive the highest transfer fee that Sevilla have ever got for a player...so that's some sort of consolation, I hope?
Login to Quote

Thanks buddy, I'm glad you're enjoying the story!
Login to Quote 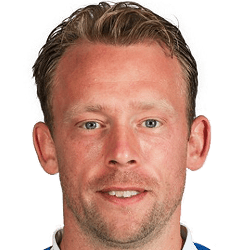 Michael Krohn-Dehli: The new Sevilla signing has started his time at the Ramón Sánchez Pizjuán Stadium with an absolute explosive bang, scoring three goals in the space of three games, including a Goal of the Month-winning free kick from the edge of the area against Malaga which won Sevilla the game.
Login to Quote 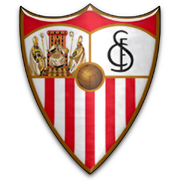 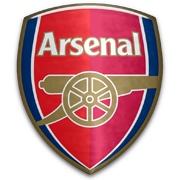 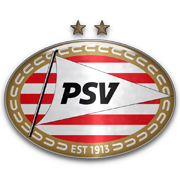 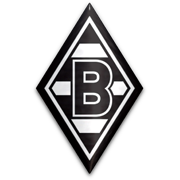 With the draw for the Champions League Group Stage having been completed, Sevilla have been drawn into a group with the likes of Arsenal, Borussia Mönchengladbach and PSV Eindhoven, one of the surely closest and tightly contested groups in the entire group stage.

Arsenal are one of the standout teams in the group, under the management of French Manager Arsene Wenger and the captaincy of Spaniard Mikel Arteta. Arsenal have only ever reached the final of a Champions League since it was renamed, all the way back in the 2005/6 season. Arsenal have been doing well in the Premier League this season, winning all of their games throughout August including a 3-0 win over Leicester and 2-1 win over Manchester United.

PSV Eindhoven are another frontrunner for the top spot in the group, hopeful of European success under the management of Philip Cocu and captaincy of Dutch striker Luuk de Jong. PSV have not had much success in the Champions League throughout their history, their highest spot being the semi-finals in the 2004/5 season.

Sevilla seem to be one of the underdogs in the group, under the management of Unai Emery and the captaincy of Jose Antonio Reyes. Last season's Europa League winners have never had much chance in the Champions League before. In fact, their longest time in the tournament was relatively short, only reaching the round of 32 in the 2010/11 season. But things seem to be changing for Sevilla, with wins over Malaga and Atletico Madrid already under their belt in the Liga BBVA this season.

Borussia Mönchengladbach are by far the serious underdogs in the group, managed by Andre Schubert and captained by Austrian Martin Stranzl. Sitting in 17th spot in the Bundesliga, it is relatively certain the BMG potentially do not have a chance at winning the group. However, strangert things have certainly happened before in the world of football.
Login to Quote

http://cdn.caughtoffside.com/wp-content/uploads/2015/03/Vitolo-Sevilla.jpg
Various media sources are claiming that talented Sevilla winger Victor Machin, known to fans as Vitolo, has handed in a transfer request to manager Unai Emery after disputes with both him and assistant manager Juan Carlos Carcedo about the lack of first team football that he has been graced with during this season.

Vitolo was born in Las Palmas. He came through the youth ranks at hometown club UD Las Palmas, playing for two years with the B-team before making the breakthrough in the 2010–11 season, with the Canary Islands side in the second division; he made his debut on 28 August 2010, playing the full 90 minutes in a 3–2 home win against Gimnàstic de Tarragona, and scored his first goal for the club in a 4–1 defeat of AD Alcorcón on 11 September, also at home. On 27 November 2010, in another home fixture, against Rayo Vallecano, Vitolo sustained an anterior cruciate ligament injury on his right knee that ruled him out for the rest of the campaign.

Vitolo joined Sevilla FC on 28 June 2013, after agreeing to a four-year contract. He made his debut in La Liga on 18 August by featuring the full 90 minutes in a 1–3 home loss to Atlético Madrid, and scored his first goal in the competition on 10 November, contributing to a 3–1 success at RCD Espanyol. In his first season in Andalusia Vitolo played 45 games all competitions comprised, and scored eight times – this included four in 16 matches in the club's victorious run in the UEFA Europa League. On 12 March 2015 he scored the fastest-ever goal in the continental competition, finding the net after just 13 seconds to help to a 3–1 away win against fellow Spaniards Villarreal CF; with three league goals in March – half of his total for the season up to then – he was voted La Liga Player of the Month. On 27 May 2015, Vitolo assisted Carlos Bacca's winning goal as Sevilla retained their Europa League crown with a 3–2 victory against FC Dnipro Dnipropetrovsk in Warsaw.

The transfer request comes in light of the fact that Vitolo has been pushed out of the squad by currently-favoured wingers Jose Antonio Reyes, the captain of the Sevilla side, and Eugene Konoplyanka, who are both enjoying football at the Ramón Sánchez Pizjuán and are currently in excellent form, contributing to most of Sevilla's scorelines via goals and assists in recent weeks.
Login to Quote

http://imgl.krone.at/Bilder/2015/02/13/Fix_Zlatko_Junuzovic_verlaengert_bei_Werder_Bremen-Bis_2018-Story-438967_630x356px_b75b4dd72049b0f7e2c705e09b870309__ju_jpg.jpg
Sevilla have completed the transfer and successfully negotiated terms for 28 year-old Austrian midfielder Zlatko Junuzovic for a reported fee of 12 million euros. Junuzovic will join his new team in Spain on the 4th January 2016, at the start of the Winter Transfer Window.

Aged 17 years, Junuzovi? made his debut for Grazer AK in the Bundesliga in spring 2005. In 2006 he was called up to play for the ÖFB-Team and became a regular starter for Grazer AK. In summer 2007 Junuzovi? moved to SK Austria Kärnten before joining FK Austria Wien in summer 2009. In 2010, Junuzovi? was awarded two awards for his performances with Austria Wien and the national team: the managers of the Austrian Bundesliga voted him Austrian Footballer of the Year and the country's supporters voted him "Player of the Year" in the annual award awarded by the Kronen Zeitung.

In January 2012, Junuzovi? joined the German Bundesliga club SV Werder Bremen, signing a contract running until 30 June 2015. In February 2015, it was announced that Junuzovi?’ contract had been extended until June 2018. Having completed the 2014-2015 season with six goals and 15 assists – only Kevin De Bruyne and Thomas Müller achieved more assists –, Junuzovi? was voted "Player of the Season" by Werder's fans.

Junuzovic has stated that he is excited to play for Sevilla "on a regular basis in the Champions League". It has been reported that he is on a 5-year deal worth around 60K per week.
Login to Quote

Griffo
6 years
Tough group in Europe, it might effect your league form if you concentrate on it though so I guess it will depend on what you choose to focus on.
Login to Quote


I'm glad you're enjoying and I'm glad that you forgive me.