Live For FM
4 years
Hello FM Scout viewers and I welcome you to my new FM 15 story..... As usual, my latest FM story went down with a problem... this time due to corrupted save file. I was getting along pretty well but this was a huge blow.

But now I am rejuvenated again and ready to start a fresh story. I am using an unusual challenge for me. Instead of sticking to a single club, I aim to play with different teams in different countries, meaning to win as much as trophies I can.I have decided to manage as myself, a former Indian International, with a Continental Pro License. This will helpme getting jobs at as many clubs as possible. I have now applied for the jobs currently available in the Sky Bet League 1&2.

I have now finished two seasons, and will do two full season updates to cover those seasons. Then I will be using regular updates. Unfortunately the story will not include any in-game screenshots. This is because every time I take one, the game crashes and the screen becomes blurr. But I hope I can make up for it by the quality of my writing. I know that you give me your full support for this story. Let me know that in comments.
Login to Quote

Let's look at their transfers this season:


Pretty much build the squad on loan players, which is usually not a good sign. Having Man Utd as an affiliate really helped me do my business in the market


Great results in the league so far. Our hot streak started when we defeated MK Dons in mid-September. Currently in first place ahead of Coventry and Rochdale by 5 points.

The cup run finished in the second round as expected, but still feeling a bit gutted about that Forest result, as we dominated the game from start to finish


Absolutely delighted about our run here. Nothing extra to say

Nice progress here in the Cup of Dreams..... 3rd Round is a definite possibilty.
Login to Quote

Atoobie
4 years
Good job mate, will have a big read once you've caught us all up to where you are in game! Cant wait
1
Login to Quote

Live For FM
4 years
Atoobie: only two or three posts needed before I reach with my game. Thanks

Justice: League title is a definite possibility. Thanks

Griffo: Having United as an affiliate seems to be helping me

my friend helped me to take screenshots. So screenshots in-game will be posted from now on.

Until November, Leyton Orient was going very strongly, charging for a league truimph, and a good cup run. Let's see how the remaining season unfolded. 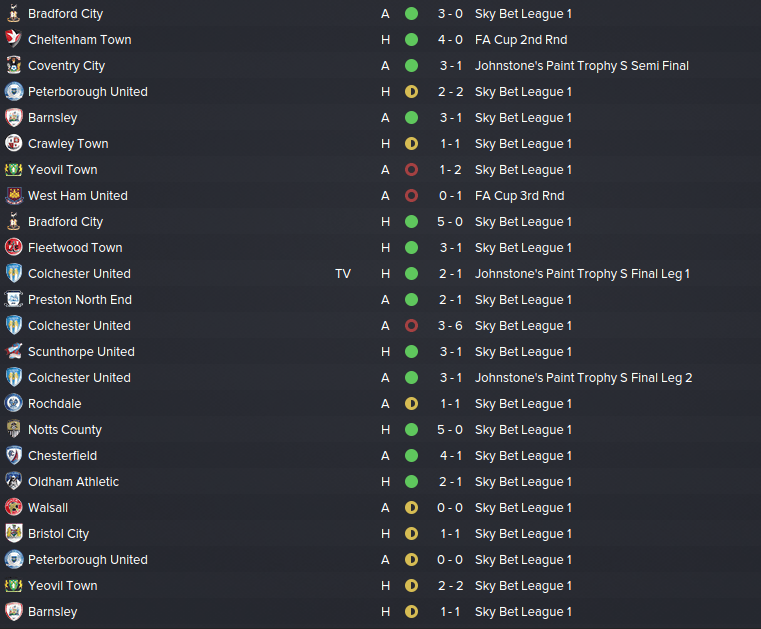 We finished the season on the top of the League 1 standings, as expected. Although our lead slipped down from 9 to 3 points at the end of the season, we still managed to hold the title in our grabs ahead of the chasing pack led by Barnsley. The three Manchester United loanees were the true inspiration behind our success, and Mclaughlin and Garbutt also fared well. Onwards and Upwards to the Championship.


A truly magnificient acheivement here. We easily dispatched Cochester in the South Finals, but a thrilling match against Oldham saw us win on penalties. It is second trophy of the season, and a deserved double.


A win over Cheltenham helped us on to 3rd Round, where West Ham ended our run with a scrappy 1-0 win.
Login to Quote

Season 1: Player Of The Season 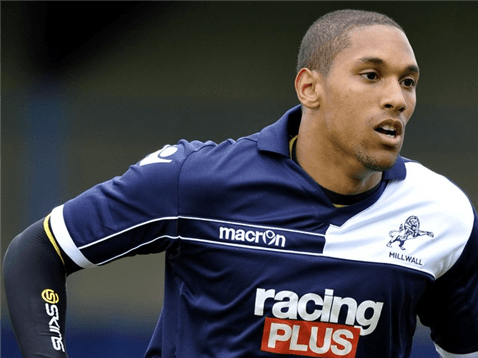 
Shaun Batt is the Leyton Orient Player Of The Season 2014/15. He was being transfer-listed by the club before my arrival. I also offered him to clubs. But no one wanted him. So I thought of giving him a chance, and boy!!! he did take it. 29 goals in all competitions, with 22 of them in the League, he was so consistent throughout the season with a 7.89 AvR. Hopefully he can reproduce that form in the Championship next year.
Login to Quote


Hallo and welcome to my full season review of my second season with Leyton Orient. We have just been promoted from League 1 so my main aim is to acheive a mid-table finish this year and challenge for promotion in the coming years. Let's see how our season went.

In addition to this, we have extended the loans of last season players except McCarthy for one more year. John Lundstram looks like one of the best players in our team currently. 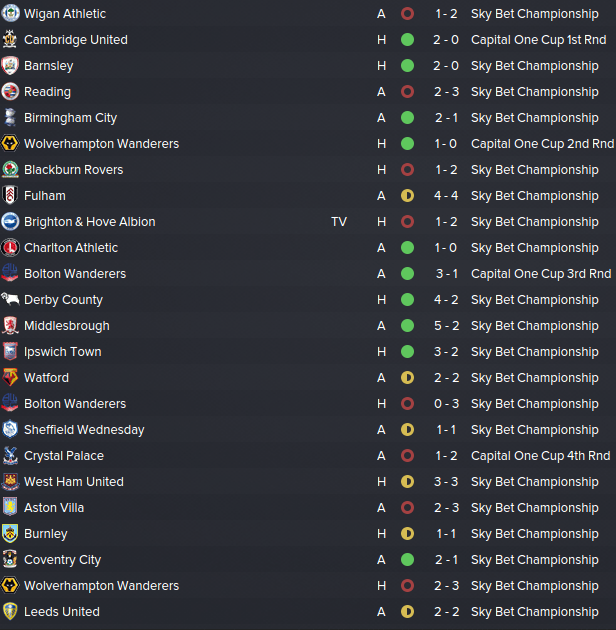 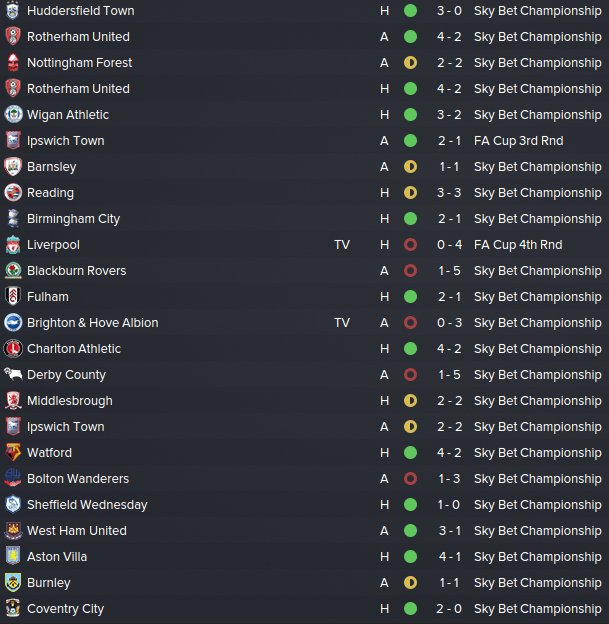 Season 2: Player Of The Season 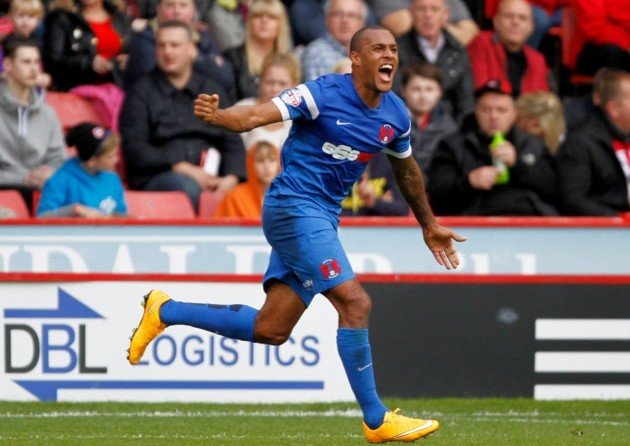 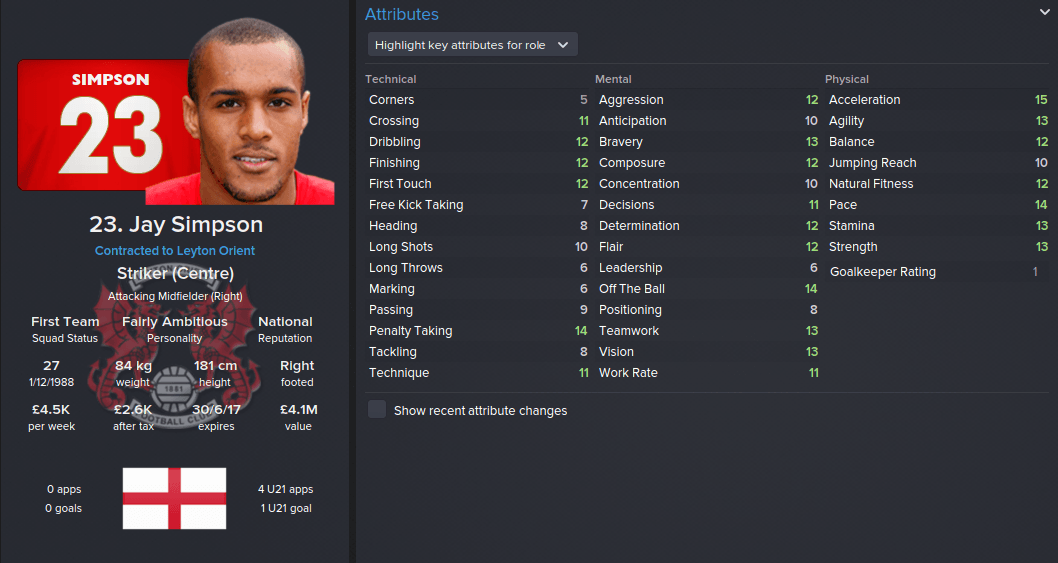 
Jay Simpson has been on fire this season, and truly deserves the Player Of The Season award this year. He and Shaun Batt, last year's winner scored a total of 50 goals combined, with the former scoring 27 of those. He scored a huge total of 29 goals, with 27 of them in the league, with an AvR of 7.78 all season. He will be pivotal for us if we want to stay up next season.
Login to Quote


Welcome to my office, Sooru. What do you want to discuss today? You look pretty grim

Any reason would be helpful?

I have got our club to the Premier League in two seasons. And I have also managed my finances well. Currently we have £50 M balance in our account

I know all that. What I want to know is why you came here?

I hoped that you would give me a suitable transfer budget to improve my squad. We are way below the standard of the other Premier League teams. And I am not that happy with the funds you gave me.

I think you are mistaken there, Sooru. £700K would be more than enough for you to strengthen the squad.

Don't talk shit. Yesterday we offered £500K for Coventry's John Fleck and they wanted £1M for him. If he has that value, what do you think other better players will have? This budget is not enough. I need at least £5-10M this year.

£10M!! that's a huge amount. No you will have to work with the existing budget.

No way I am going to work with that. I am outta here

Hey Sooru, we need to talk

Shut up, you filthy ****er
Login to Quote

Griffo
4 years
That just got... personal...
Login to Quote

C.J.Lippo
4 years
What I bunch of tight arses! I'd have told 'em to shove it too mate! 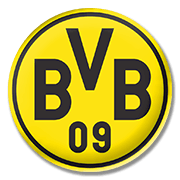 News broke out suddenly that Borussia 09 Dortmund have appointed former Leyton Orient manager Sooru Sooru as their new head coach this evening. Sooru Sooru famously acheived Premier League football with The O's and will be flourishing at the opportunity of managing such a big and ambitious club.

Sooru told our reporter Kate Abdo about his delightness on the job: 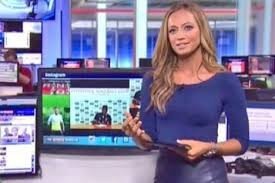 "I am pretty ecstatic to have gotten the opportunity to manage such a big club. Leaving Leyton Orient was a hard choice, but I completely not regret about it right now. This is a fantastic opportunity for me to develop my management qualities."

"The last two seasons have not been that great, but It's my job to turn around our fortunes, isn't it?
Schalke are the current champions, but it's not nice to see your biggest rivals above you. So definitely looking to knock them off their perch."

Then Sooru has also told us controversially that he is planning to invite Kate Abdo to a date, and then to proceed with the formal procedures. It remains a mystery to see if Kate agrees to his proposal
Login to Quote

You are reading "My Football Manager Adventures".