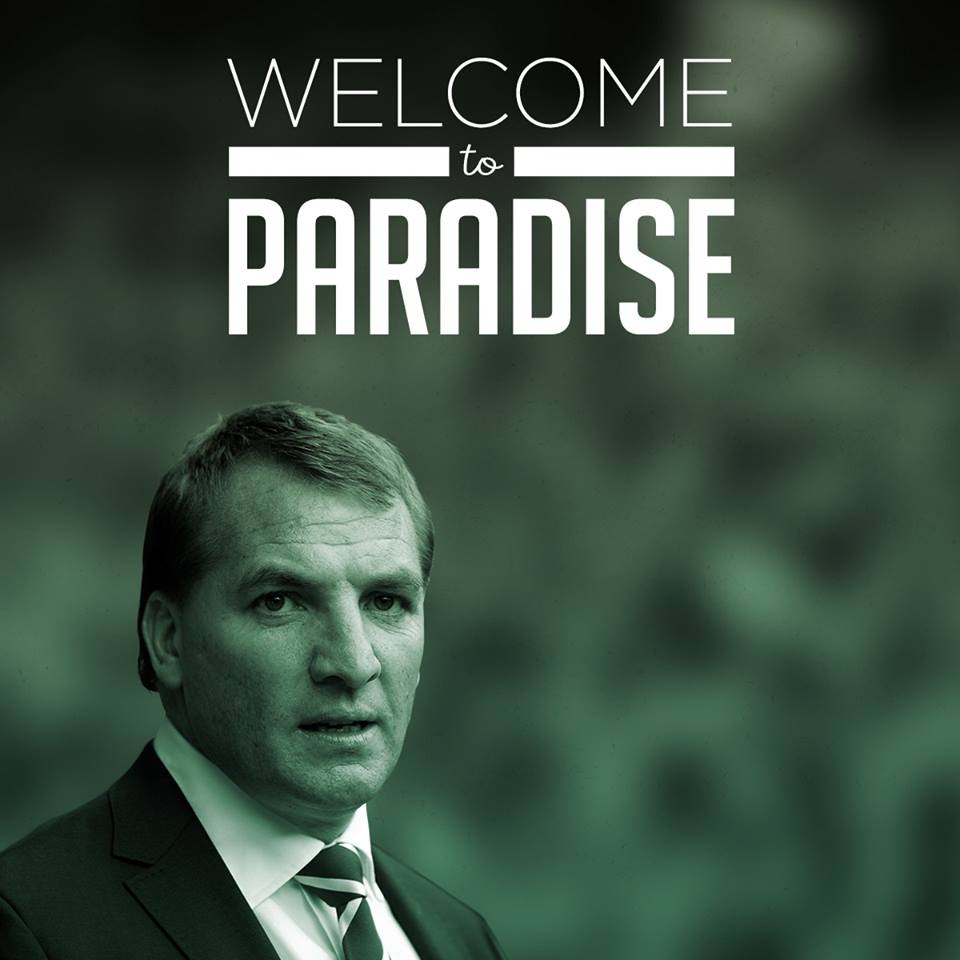 MikeDSpike
6 years
As a Celtic fan, I can't wait for this! Good luck, man!
1
Login to Quote

The highly regarded manager has managed Swansea, Watford and Reading as well at the scouse side.

Andy Newport - "Welcome to Celtic. How does it feel to be at such a prestigious club?"
BR - "I am absolutely delighted to be named Celtic manager. This is genuinely a huge honour for me. I have followed Celtic all my life and to be given this fantastic opportunity and to be part of such a truly great football club is a dream come true."

AN - "What are the expectations you're setting for the side?"
BR - The Club has been in magnificent shape in recent years and has collected silverware regularly during this time. My objective now, of course, is to continue this work, to keep us at the top and again make our mark in Europe."

AN - "Fans are expecting you to change the style of the club's football. What should they expect?"
BR - "I will give my new role everything I have and do all I can to bring our supporters exciting, entertaining and winning football. I know what a magnificent support Celtic enjoys and I can promise our fans one thing - that I will be doing everything I can to give you a team that you can be proud of and a team that delivers."

The new manager is expected to guide the side through the European qualifying stages, and has just eight weeks to prepare his side for non-friendly football.
Login to Quote

A decent start for the pre-season, allowing us to win three games on the trot away from home. However, when we tried to continue this form at our own stadium, we fell short against Premier League side Stoke.
Login to Quote

Griffo
6 years
Great start here, I am looking forward to seeing Ajer develop into something incredible!
Login to Quote

mgriffin2012
6 years
Some good results mate and a good start, keep it up! 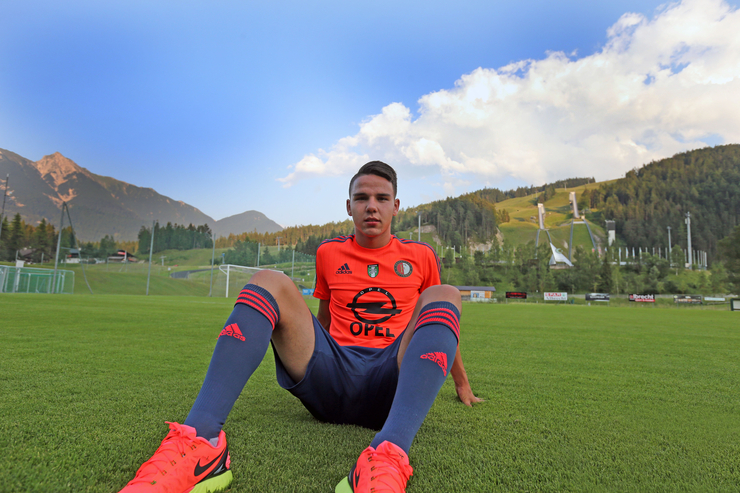 
Calvin Verdonk is a nineteen year old centre back who can also play on the left side of defence. He made his professional debut for former club Feyenoord on the 8th of March 2015 after coming on in the 73rd minute as a substitute. He has played for the Netherlands at U15 level all the way up to U19. As a young boy he played for both VV Wieldrecht and SC Amstelwijck before transferring to the Feyenoord academy.

"It is great to be at such a big club like Celtic. I hope I can make an impression and become a fan favourite here. I am obviously young and need experience but I believe that I am able and ready to play as soon as the boss wants me to."
Login to Quote

BeanyUnited
6 years
You don't see many Celtic stories, so this will be fun to read!
Login to Quote


Ramadan Sobhy is an eighteen year old winger who can play on either side and can also play in a trequartista role. He is a product of the Al-Ahly youth system and made his professional debut in 2014, scoring his first goal a few months later. He has made 48 appearances for the Egyptian side, scoring 12 goals. He has also played for Egypt at every level, including senior.

"I did not know much about the club before joining, but I knew of the manager. I sat and spoke to him for a lengthy amount of time and decided that this would be the best thing for my career at this time. I hope to make an instant impact here in Scotland."
Login to Quote

Today Celtic confirmed that they have signed rated French striker Makan Makalou from St Etienne for a fee believed to be around £100k.

The nineteen-year-old striker has not yet made a professional debut but is expected to for Celtic sometime in the near future.

He is 5 feet and 9 inches tall, which is relatively small, but his agility and off the ball knowledge of the game is what first attracted Brendan Rodgers to signing him.

"Makan is a young talent with plenty of years ahead of him yet."

"He knows invaluable things about the game, and this makes him special."

"Hopefully we can continue to nurture his progression."

Makalou is eligible internationally for both France and Mali, but it is believed he will choose Mali when the time arises. He is unable to speak English, but is fluent in French, and will taken on an intensive learning course during his training hours.

Speaking for him at the press conference, his agent provided by the club, Harry McCallish, said this:

"Makan is looking forward to his future at the club and has ambitions to win trophies."

The striker is keen to impress in his time in Scotland, and from what we've seen on the training ground, his right foot is something that teams should be scared of.
Login to Quote

mgriffin2012
6 years
Looks like a good signing mate hopefully he can do a great job for you!
1
Login to Quote

Griffo
6 years
Some interesting players coming in, I hope they do well for you!
Login to Quote

Celtic had a fairly impressive first half of August, landing them at the top of the Ladbrokes Premiership almost instantly. The impressive start domestically however must have taken something away from the side in Europe as they struggled to overcome a mediocre Malmo side. 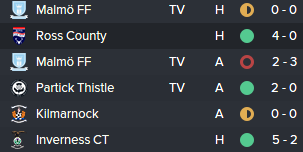 The side's first professional game of the season came against Malmo in the UEFA Champions League 3rd Qualifying Round. The Scot's fielded a decently strong team but the game ended in a bore draw - even though Celtic had the majority of possession and many shots on goal. Left back Kieren Tierney recieved two yellow cards, meaning he was unavailable for the secong leg.

The first game in the Labrokes Premiership was a lot more impressive from Celtic, who beat Ross County soundly. Ramadan Sobhy opened the scoring after two minutes in his first league game, adding another fifty minutes into the game to finally kill any chances of a Ross County revival. Erik Sviatchenko and Patrick Roberts scored in the 24th and 27th minutes respectively.

In the second leg against Malmo, this time away, things were a lot different. Celtic fielded a weaker side and paid the price. Attacking midfielder Tom Rogic gave the side the lead after 5 minutes with a beautifully struck shot from outside of the box. Malmo managed to pull back three goals between the 30th and the 62nd minute to go 3-1 ahead, before Rogic scored another in the 65th, condemning the side to Europa League football this season.

In their second league game, Celtic powered home with a 2-0 victory away from home against Partick Thistle, in which Celtic dominated the game with 63% possession. Jozo Simunovic opened the scoring with a beautifully powered header after 3 minutes, before Ryan Christie finished from inside the box in the 64th minute.

Away at Kilmarnock, the hoops dominated possession once again, but were unable to finish their chances and paid the price of only returning home with one point.

Celtic's second home game of the season came against Inverness Caledonian Thistle, who were sitting soundly in fourth before the game. New signing Makan Makalou started this game as Leigh Griffiths was in poor form and scored two minutes into his full debut to give the side the lead. Gary Mackay-Steven added another nineteen minutes later. Just before the break Inverness managed to pull one back, giving the side a reason not to become complacent. Nir Bitton netted from the penalty spot in the 71st minute after Ryan Christie was brought down in the box, before Kieren Tierney tried to place a long back pass that caught Craig Gordon off guard and shot into the top left corner of his own goal. Makan Makalou scored two more goals in the 85th and 89th minutes, completing his debut with a hat-trick.
Login to Quote