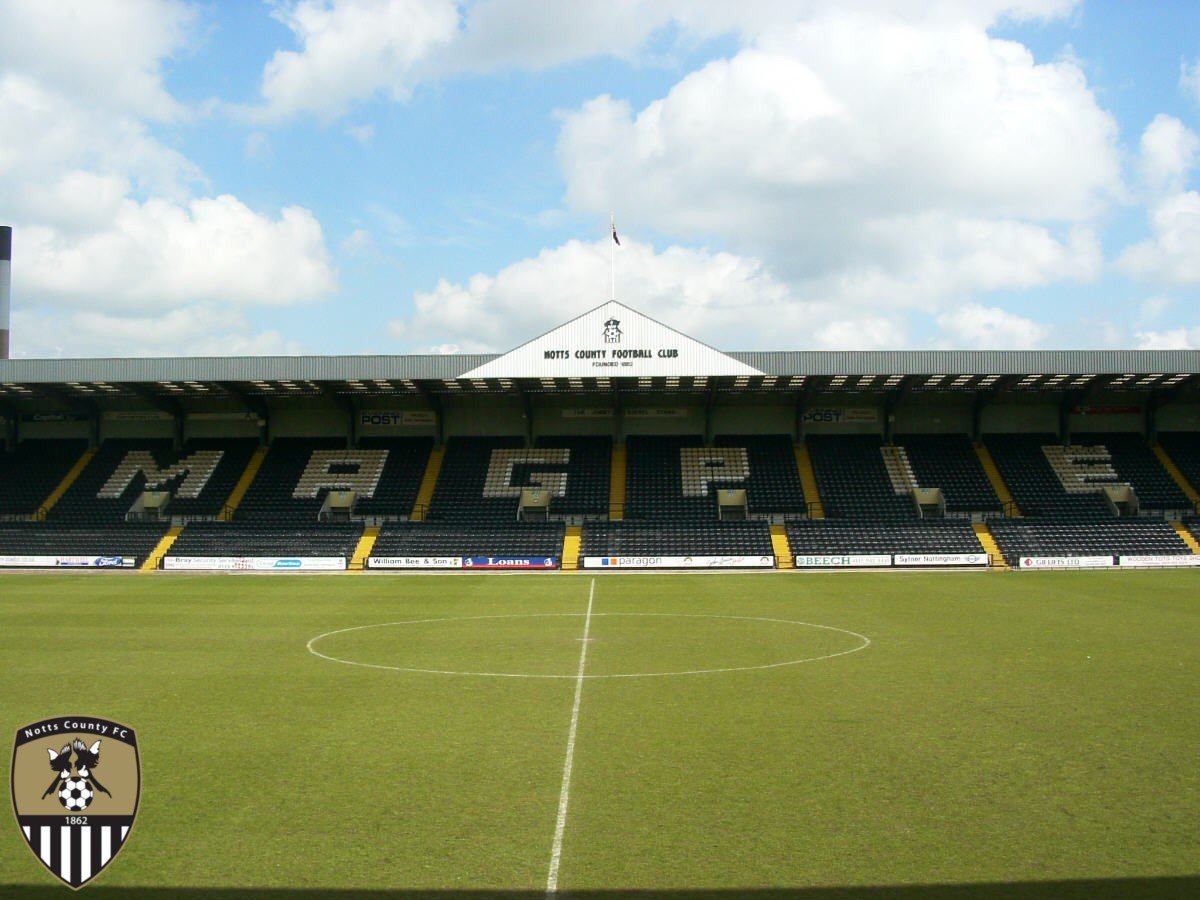 Notts County. The oldest team in the English Football League. Not exactly a history of success, but a history of hard work and longevity. Very little top flight experience belongs to the Magpies despite over 150 years since formation. Perhaps they just need the right man to guide them forward; a leader.


I never wanted to do anything else but play football. Since I was a young boy in Blackpool, I always felt my true home was around a football pitch. I remember sneaking into Bloomfield Road after school and feeling like one of the Seasiders myself. I could see my future, standing on the pitch in tangerine with the captain’s armband on my sleeve. Not all dreams come true unfortunately. I moved away with my dad after he took up a job in Nottingham working as a coach for Notts County. Even now, in my thirties, I think being told the news was the worst moment I’ve ever endured.


I’m a Blackpool fan through and through, always have and always will be. Despite this, I will always have an affinity with the Magpies. Since I moved there as a young, wide-eyed 11 year old, I spent a lot of time in and around Meadow Lane due to my father. I met many of the players and staff, a dream perhaps for all the young County fans in my school, but it didn’t mean too much to me. I was even afforded a trial with the club when I was 15 but there was a big problem, I was never a good footballer. Thinking back now, I was always a hard-working and determined player, but you can only go so far without the talent. Notts rejected me and I was left to nearby Sunday-league team, Phoenix Athletic. I got into my mid-twenties playing semi-professional before the football dream was over for me. Somehow, my dad managed to coax me into coaching.


At school, I was always told that I was a bright lad and I like to think I have a strong understanding of the beautiful game. Despite this, management and coaching was never something that crossed my mind. Every young boy grows up dreaming of being a footballer and being a manager is never spared a thought, this was all the same for me. Until now. I spent a few years spending time with my dad, helping with the training until he decided to retire and I was given a full-time job as his replacement. It wasn’t long however, until I needed more. I wanted more control; I wanted to be the boss. So I went about getting my coaching badges in the hope of getting into management. I hadn’t long earned my Continental C license, when I was sent an interesting e-mail by the man who was desperate to get my career up and running.


My old man had scored me an interview at Meadow Lane. 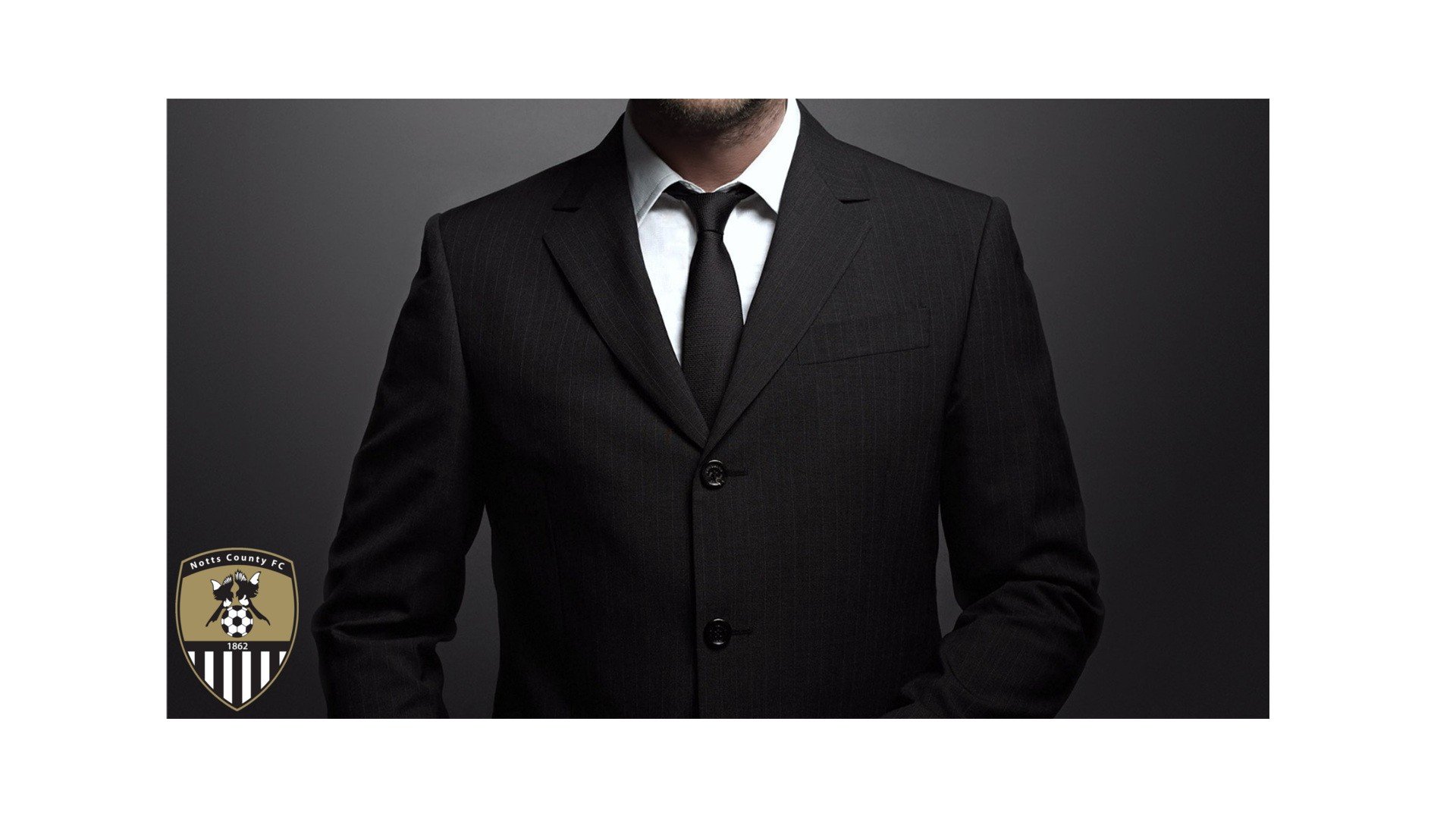 
I spent the whole morning before the interview preparing my answers to any sort of questions he might decide to throw at me. Preparation was never a strong suit of mine but I didn’t believe a spontaneous approach would really benefit me. Especially in a situation as important as this. If the interview went to shit, I wouldn’t get another opportunity this high up the leagues.

Upon arrival at Meadow Lane I was guided to the office of chairman and owner, Ray Trew, who welcomed me in with a warm smile. He showed me to my seat and shook my hard firmly. I hoped he couldn’t sense the anxiety that was sure to be seeping out of me. Ray wasn’t someone I was too familiar with, apart from the occasional greeting, as he was never really away from his office whenever I visited the stadium. I could tell he thought well of my father.

“Nervous son?” he laughed, clearly it was just as obvious as I feared

“There’s lot riding on this, would rather not mess it up,”

“Loosen up Darren, just here to answer some questions that’s all mate. Last season we finished just above the relegation spots, this season we’re hoping for a much more comfortable position. I don’t even want to have to worry about relegation this year.”

“Don’t worry sir, with the squad we possess I think we can be aiming to finish mid-table.” I hadn’t entirely convinced myself this was true, hopefully he wouldn’t see right through me.

“Brilliant enthusiasm! You’ll have 5k in your transfer kitty this year and about 43k a week for wages. The wage bill currently stands at around 40k so you should be able to bring in a couple players.”

“Good good! Everything seems to be in order so far, how do you plan on handling the backroom staff? Any changes you see that need to be made?”

“I have a good relationship with many of the staff already and they will all have a part to play for me this season, you can count on that!”

My anxiety had started to calm down and I was easing into the situation. I was starting to become confident in my ability to pass this and everything was going great.

“I’m loving your outlook on the club Darren, it’s very refreshing to see! One last question now and I’ll let you go; what direction do you plan on taking the club should we give you this job.”

“I see a bright future for Notts County under my leadership. Don’t expect anything this season, but if you give me your backing, I see a rise to the top flight one day. Not only that, we’ll play attacking football to get there. In football, I believe it is better to win 4-3 than 1-0.”

“Well, let’s hope you can back up your words. That’s all we need from you today, I’ll get back to you within the week after we have reviewed the candidates.”

He gestured his assistant to show me out and I obliged with a smile on my face. The interview went much better than I could have hoped and this could really be my big break.

Griffo
4 years
This is a great start, I will be following!
Login to Quote 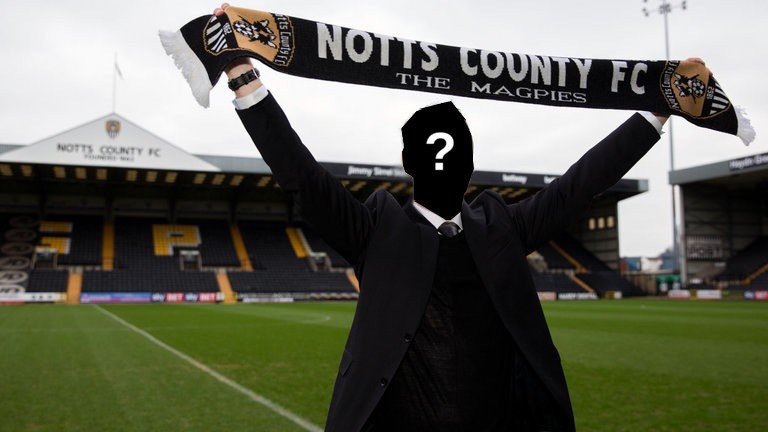 
Notts County FC released an official statement earlier today announcing the arrival of new manager, Darren Cromwell. The 30 year old surpassed all estimated frontrunners for the job and will start at Meadow Lane with immediate impact.

Cromwell, born in Blackpool, was reportedly recommended to chairman Ray Trew by his father who was a popular coach at County. Not much is known about the new manager but we were able to catch a word with him,

“When the chance for an interview surfaced I was delighted as this is a great club with a lot of history. I’ve spent a lot of time in and round meadow lane throughout my life and I know the club inside out. I have a good relationship with all the staff, the players and importantly, Mr Trew. I want to be the spark that ignites the clubs fortunes so that we can kick on. One day I see a future for Notts County in the Premiership.”

Notts County are in desperate need of a turnaround season after the relegation scare in 2013-14 under Shaun Derry. The former Magpies midfielder managed to keep the club in League One by three points over relegated Tranmere Rovers. Notts needed a change following a season where they collected the most losses in the league, joint only with Stevenage who finished in rock bottom


Cromwell will make his managerial debut against Preston North End at Deepdale as the season opens on August 9th.

Griffo
4 years
Hopefully Cromwell is the man to give the club some hope after that takeover disaster!
Login to Quote

TylerK
4 years
@Griffo - We can only hope
Login to Quote

You are reading "[FM15] Notts County - The Oldest Team in the Football League".