Hey guys it is that exciting time again where a new Football Manager is released and I am very excited as you probably are too. I am proud to announce my first story for the game called From the Rink to the Pitch, the Ilmari Hartikainen story.


This story will begin somewhere in the future a few years into the game. The reason I am doing that is because I am using a save that I have been doing on EHM the Sports Interactive hockey management game as my basis of the story.

I hope you all enjoy as I take you through one mans journey into the world of football. Now it will not be easy as he transitions from coaching one sport to another. I will document all the trials and tribulations of our guy. You will laugh, cry and even feel for him as days go by.

Finally unlike my other stories with goals this one will not have any. I just want things to evolve organically with nothing holding me or the narrative back.
Login to Quote

mgriffin2012
4 years
Good to have you back man!
Login to Quote

ZakNikFMP
4 years
I'm for this...Cant wait to see what you will bring

ZakNikFMP Thank you, your story looks awesome as well
Login to Quote 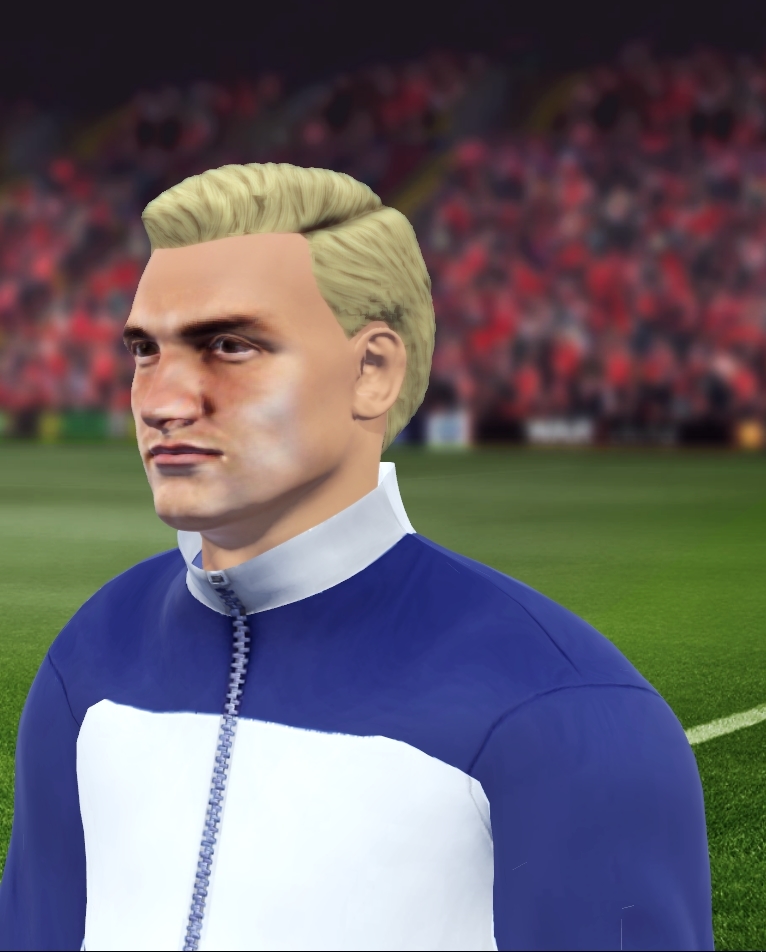 Say hello to Ilmari Hartikainen our main character of this story. He has taken one of the most unusual paths to management in the world of football. You will be finding out about how he got to this point in life within the next several post of the story. With the way SI has made moving to clubs harder this will be our story even more exciting. I really hope you all enjoy what Ilmaru has to offer in the world of football.

Ilmari Hartikainen was born in the city of Tampere, Finland on 15 March 1983. For most of his life he had participated in many disciplines of sport but never football. To him it was just a sport that was only for conditioning in the offseason so he felt that it was nothing special. Plus like the majority of finish children hockey is one of the main sports that is played.

You are probably asking what sport is it that Ilmari has played majority of his life? Well it is the sport of hockey. It has always been his number one passion in life and he even had made it to the NHL even if it was only two games before being sent back to the minor leagues but that is still something to be extremely proud of.

After his early retirement (you will learn what happened) from playing he would go into coaching and eventually become the head coach of the Espoo Blues of the SM-Liiga where he would coach the team for for a few seasons until moving into the football world. The reason for moving into football is one of the most puzzling moves in sport.

As a player Ilmari was seen as a player’s player and a student of the game of hockey. One of his most known qualities is that he is a hard worker who would do anything to improve his game and his teammates. Many times as a player and coach he would spend hours upon hours in the film room learning his mistakes and studying the opposition.

His work ethic should easily translate into the football world but who knows. It might be an easy transition or it becomes a total disaster and he quits. Whatever the outcome is I feel Ilmari will be pleased with the fact he ventured into something new with no background.

The name Ilmari Hartikainen was picked for two reasons. First the name Illmari is short for Ilmarinen. The name Ilmarinen is a god in Finnish Mythology who was both an inventor and blacksmith. Hartikainen on the other hand was a last name randomly picked from a bunch of Finnish Hockey players Most notably Teemu Hartikanen.

To all readers of this story I really hope you enjoy this journey into the world of football with Ilmari and me MJK46.
Login to Quote

ZakNikFMP
4 years
cant wait to see how this gonna end and it isnt start at all. Following

A view into the future

I can't believe today is my first match of competitive football in my life. It is crazy that just a year ago I was getting ready for the SM-Liiga hockey season and now I have moved to a new sport, football. It is crazy how much I have had to learn in such a short time to be in this spot.

My move to football has made a lot of headlines from all over the world. To many they doubt that I a hockey guy can be successful in the sport of football. Honestly the sports are sort of similar and I feel I can fuse together things from both sports and be very successful.

I have a lot to prove and in this sport you are pretty much scrutinized for every thing you do as a manager. That part makes me quite nervous as in hockey people were very relaxed and don't jump down your throat at every small detail that is either positive or negative. I really hope that I can pull through what ever gets in my way.

It is about 15 minutes until we have to go back out and get the game underway and to be honest I am shaking like crazy. I have done all that I can at this point and I shouldn't be like this but I am and it does not feel right. One thing was that last night I didn't get any sleep so that certainly does not help me.

With about 5 minutes to go I start to zone out and not really pay attention to what is going on. I am starting to think of everything I have done up to this point and a certain calm starts to make everything just right.

All of a sudden I get this "Ilmari, it is time to go come on!!!!" When my assistant tells me that I jump. He ask if every thing is alright and I just give him a nod that affirms it.

The next part of the story is how I got to this point in my life.
Login to Quote

mgriffin2012
4 years
Looking good so far man, keep it up!
Login to Quote

C.J.Lippo
4 years
You always seem to come up with unique & interesting story idea's, this seems no different. Will deffo be following. Good luck.

OlleM13
4 years
Looks like an amazing start, Keep it up!
Login to Quote

ZakNikFMP
4 years
we cant wait for that showtime...bring it on!!!
Login to Quote

MJK46
4 years
Everyone Thanks for the comments
Login to Quote

My Hockey Career: Part One 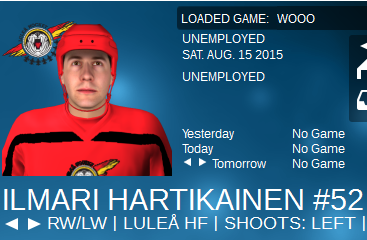 
Well hello friends. We might not know each other all that well but hopefully we can become quite acquainted. My name is Ilmari Hartikainen and for the past several years I have been playing the sport of hockey. Some of you might be like what hockey??? Well it is what you would call ice hockey but for us hockey players it’s the only true hockey in the world. The grass stuff is just lame.

I did play a bit in the NHL with 10 games to my name but mostly I was in the American Hockey League (NHL Minor League) and playing back in Europe. I have played for my hometown team Tappara (SM-Liiga), Luleå HF (Swedish Elitserien) Wolfsburg Grizzly Adams and Eisbären Berlin of the German Deutsche Eishockey Liga. I was a right winger so I scored a respectable amount of goals in my career.

It was fun playing professionally but at the age of 30 I retired from the sport due to an injury that had occurred during the Champions Hockey League. I was hit into the boards real hard and tore several ligaments and broke my leg in three places. I tried like crazy to rehab and get back into hockey shape but it was time to end my playing career. It was sad having to end playing my favourite sport at a professional level but I found something that would get me still involved.

This thing was coaching. I had always wanted to coach after my career ended but I never thought it would be as soon as it was. During the 2014/15 season I started my coaching career as an assistant coach with the Espoo Blues. I was pretty pleased that the head coach Jyrki Aho hired me. I wouldn’t say I was the best player but I did pretty decent and was a student of the game. After my first season as an assistant things would change.

I was starting to get job offers earlier in the season with a few Swedish clubs and one Russian, but I was not interested. To be perfectly honest Ilves was my goal for coaching as that is my hometown and the team that started it all. We finished in 5th place but had been swept out the playoffs during the quarter finals to JYP Jyrki was fired as change was needed.

After he was fired our board had asked me if I was interested in becoming the clubs next head coach. I had said yes but I had no clue what was to come out of it all. Apparently for the last few seasons the club had been bleeding money left and right and have been on the brink of liquidation. Now I understood why they came to me so quickly, it was because I was dirt cheap.

Oh well that is no problem as this is my first head coaching job and I would love to show the hockey world that I can manage a club in crisis. Hey if I do good maybe I can get a job in the KHL. That would be pretty sweet coaching there but I need to focus on the year. The one thing that is a challenge is that we are on a very limited budget so the roaster is not as how I would want.

Let’s see how I do in my first year in charge of a team!!!!!
Login to Quote

You are reading "From the Rink to the Pitch: Ilmari Hartikainen".