De Magere
4 years
Good to see you back and going strong.
Login to Quote

ninjaskill
4 years
Good luck with Venzia, Pippo could probably still do a job for you never did run much
Login to Quote

mgriffin2012
4 years
Good to have you back mate, hopefully Pippo can have a resurgence in his managerial career and take Venezia to the top!
Login to Quote

ninjaskill: Well if Tounkara ever picks up an injury... The 2016/17 season has started off in solid fashion for Venezia, who sit 5th in the table after 6 games as well as qualifying into the knockout rounds of the Coppa Italia Lega Pro. Pippo Inzaghi has spoken positively about his two months of competitive football ahead of the new season.


''The first few months is an adapting process, of course we've had pre season but we still needed time to gel together, I saw good progress throughout August and September and we're confident of continuing our good results and improving on our not so good results over the coming months.'' Venezia opened the 2016/17 season with a goalless draw in the Copa Italia Lega Pro Group A. A tight affair saw debuts for Granddi N'Goyi and Luca Pellegrini, with the best chances falling to Simone Bentivoglio, a effort from just inside the area was blocked the cleared, and Marco Capano, of Giana Erminio, blazing over after being put through from a counter attack minutes before the break. Venezia secured passage to the knockout rounds with a 2-1 victory over Mantova, Granddi N'Goyi's planted a bullet header into the top right corner to give Venezia the lead with his first goal for the club, Simone Bentivoglio made it 2-0 shortly after the break, steering in Alex Geijo's cross along the floor from close range. With time running out, Sodinha fired in a powerful volley to give the visitors hope. But it wasn't enough as Lagunari set up a 1st round tie with Bassano. Venezia started the league season with a home win over Sambenedettese, coming from behind to secure three points. Gonzalo Latorre gave the visitors the lead eleven minutes in, racing onto a through ball to finish a 1v1. Inzaghi's men grew into the game however, pushing Samb back and taking control of the game. The dominance was rewarded when Maurizio Domizzi converted from the spot after being shoved over in the area. On loan forward Mamadou Tounkara scored what turned out to be the winner in the 56th minute, providing the finishing touch to an excellent team move. 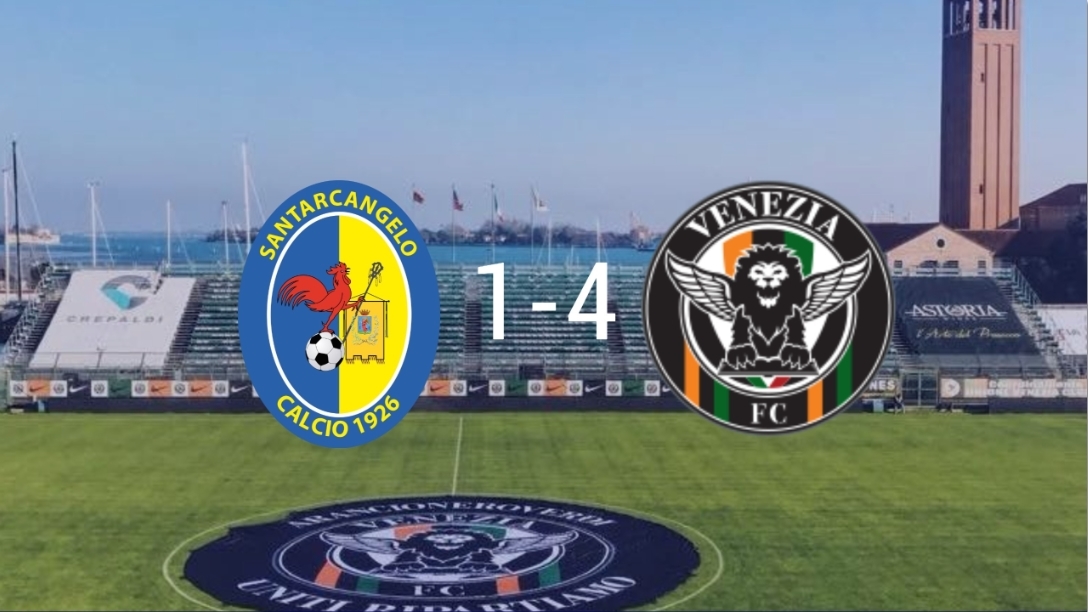 September started with a trip to Rimini to face Santarcangelo, in what was a dominant performance in Pippo Inzaghi's first away league game. Mamdou Tounkara made it 3 goals in 2 games with an eleven minute brace. Opening the scoring in the 18th minute with a glancing header, he followed it up with powerful effort from range. Just three minutes later flying wing back Luca Pellegrini got his first Venezia goal, a right footed effort around the Santarcangelo goalkeeper. Sacha Cori pulled one back with a stunning effort from the 18 yard line. Giuseppe Zampano put the icing on the cake in the 90th minute with a curled effort from just outside the area to make it two wins from two. Despite taking the lead twice, our 100% league record was surrendered at home to Reggiana. A push on Luca Pellegrini earned a penalty for the hosts in the 25th minute, with Maurizio Domizzi duly converting from 12 yards. Just five minutes later however, Marco Guidone beat the Venezia offside trap and finished comfortably. Mamadou Tounkara was on the scoresheet again, netting ten minutes after the break to give Lagunari the lead again, pealing away from his marker to fire home Simone Bentivoglio's no look pass. In the 65th minute Massimiliano Carlini levelled the scoring again with a stunning effort from range that gave Davide Facchin no chance. A thrilling draw that was a fair share of the spoils. We were back to winning ways with a trip to Padova, a more defensive approach from the visitors saw few clear cut chances, until Marcello Falzerano made a darting run inside and slammed a 20 yard screamer into the top corner. His moment of brilliance proved to be the difference with the Venezia defence standing firm and the hosts offering little by way of creativity. The defence that had stood strong away at Padova however, crumbled on return to the Pierluigi Penzo. Pippo Inzaghi tasting defeat for the first time in charge of Venezia. The visitors took the lead on the stroke of the 10th minute. Nicolas Schiavi playing in Angelo Nole who finished with ease, Alex Geijo equalised shortly after in the 15th minute with a bullet from the edge of the area, but Modena again took advantage of the high Venezia line, Nole and Schiavi again ghosting through, this time it was Schiavi who fired past the helpless Facchin. Geijo again levelled the scoring, Bentivoglio stealing the ball off Simon Laner, then teeing up the Spaniard to blast home. Modena's counter attacking football eventually paid dividends however, Wilfred Osuji tucked the ball home after a nice give and go. Daniele Giorico put made it 4-2 after his initial free kick was cleared, with Facchin nowhere to be seen, having attempted to punch the ball clear but gotten caught stranded from his goal, Giorico easily finished into an empty net. September ended with a visit to promotion chasing Bassano, despite falling behind in the 6th minute to a fantastic long range strike from Urban Zibert. Francesco Cernuto levelled with a venomous strike at the near post just before the half hour mark. Both sides went Michael Fabbro with a whipped effort that cracked the post for the hosts, while Mamadou Tounkara had his 1v1 effort turned behind for a corner.

Venezia sit 5th after six games, just 3 points behind Reggiana who occupy 1st, and with it the promotion spot to Serie B. Towards the bottom, Parma are looking the surprise package, for the wrong reasons as they struggle to kickstart their campaign. But with our focus firmly on promotion, October promises to be an interesting, and testing month. With away trips to Parma, FeralpiSalo and Bassano in our Coppa Italia Lega Pro 1st round tie. Simone Bentivoglio is the inaugral player of the month for August/September, with his commanding midfield displays integral to our 4 wins in all competitions over the last two months. With 1 goal and 5 assists his playmaking abilities has been vital to the success of Mamadou Tounkara and the team as a whole.
Login to Quote

mgriffin2012
4 years
Some good results mate, makes me miss LLM management and the Lega Pro from my time at Parma! Keep up the strong performances man
Login to Quote

You are reading "Venezia - Walking On Water".