Lennac
5 years
So, this is a save that I started last night (1 game in) and was wondering if anyone would be interested in updates/videos (was thinking of jumping in to short 10-20 minute YouTube episodes similar to some of the better FM YouTube channels already out there).

I've loaded a custom English database that goes alllllll the way down to the 22nd tier of English football where the Mid Sussex Football League Division 9 sits all by itself. With the create-a-club feature there's only a couple clubs to choose from to replace (Heath Rangers and Keymer & Hassocks). As a (Glasgow) Rangers supporter, I have a soft spot for all Rangers clubs so naturally I chose to replace Keymer & Hassocks (apologies).

For the personality of the club, I've chosen to repurpose my fiances amateur women's league team (in Canada), utilizing their logo, club nickname and kits to give my club a personality and then embark on the long process of bringing a club from Amateur status in the 9th division of English football to... well, let's start getting to semi-pro, shall we? 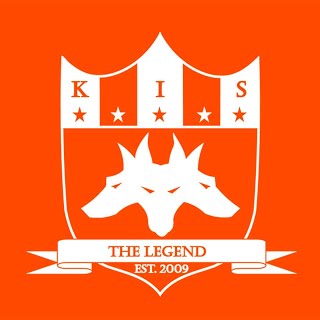 My motivation for this is two-fold:

1) I love the idea of long-term saves and something that has lengthy progression in the lower leagues of football.

2) After being sacked both times in my previous saves (Leyton Orient and Leeds, well... I resigned, but they were going to sack me!) I figure that by the time I begin to climb through the English pyramid I made not being entirely garbage at this game.
Login to Quote

Introducing the club that I've created, setting the scene for this save and going through our first cup match as we begin the long process of climbing our way through the tiers of England!
Login to Quote

Lennac
5 years
Episode 2 has us certainly not running away with anything in the 22nd tier of England. A lot of players in and out as we try and find a workable lineup with no wages and a non-existent scouting department.

Lennac
5 years
Episode 3: Cup competitions remain the focus of my live commentaries, but they may have to take a back seat as our struggles in the league are starting to become worrisome. Nearing the halfway mark of the season, first place is looking far off and promotion this season was seen as a given. Highly disappointing, but there's still time to turn it around!

Lennac
5 years
Episode 4: After a much needed tactical change (and yet another signing) we start to find our form in the league, launching ourselves into the top half with a promotion spot (or league title in sight).

In Episode 4 we recap the league, take a look at the new tactics that have brought recent success and look to earn a berth in the quarter finals of our last remaining cup competition.

Lennac
5 years
Episode 5: After another technical blunder, we take a look at our semi-final cup match in the Mid Sussex Junior Cup. The club's strong form in the league continues and with only 3 matches remaining in our inaugural season, there is a good chance of earning promotion to the 21st tier of English Football.

Lennac
5 years
Episode 6 is here and the season has come to a close!

We play our final matchup of the season with everything still to play for!

Lennac
5 years
Episode 7: Season two begins with a slightly longer episode as we recap the offseason transfers, talk a little bit about the heightened board expectations and the new change in tactics before jumping in to our first league game of the season in the Mid Sussex Football League Division Eight.

Lennac
5 years
Episode 8: Despite early successes, the club has fallen into some poor form of late as they struggle to establish themselves as title favourites. Juggling numerous cup competitions and the entrance of a number of new signings, combined with last year's stars not being up to the challenge of the next tier, there are lots of challenges ahead.

Lennac
5 years
Episode 9: With the top in sight, we take on current division leaders in a pivotal mid-season matchup. With the short lower league seasons (16 games total), it's imperative to earn points where they're available to stay in contention of promotion!

Lennac
5 years
Episode 10: A bit of a delay over the holidays, but we're back! With the season winding to the end, we need one last push of good form to put us into a promotion spot. With 5 games remaining and 3 of them against the 3 teams ahead of us, there is still everything to play for. A pair of cup semi-final matches are also on the horizon.

Lennac
5 years
Episode 11: Two games remaining in the season with everything left to play for. A promotion spot is entirely up for grabs, and a division title is still certainly within our grasp. However, with the club Chairman retiring and a Consortium looking to purchase the club and bring in their own personnel, will I be able to stay in charge of the club regardless of the outcome?

Lennac
5 years
Episode 12: In our final episode of season 2, we challenge for our first ever Cup Final victory and then review a very successful season that saw us not only promoted for the second consecutive season, but doing by winning the league on the final day of the campaign.

Lennac
5 years
Episode 13: Season 3 begins with a strong run of form, an episode that was recorded without audio and some difficulties finding viable "upgrades" as we find ourselves now in the 20th tier of English Football. However, the squad is still strong and looking in good shape to once again challenge for promotion in this long-term Football Manager save.

Lennac
5 years
Episode 14: A couple good runs of form sees us top of the table approaching the midway point of our 3rd season in the Mid Sussex Football League. Despite a slow start from our strike duo leading our attack, they've both found their form and are performing at a near goal-per-game pace. With club records up for grabs and a third consecutive promotion at stake, the club looks to continue their strong run of form in the league in Episode 14.

You are reading "Create-a-club - Seeking Relevance in England".