"So let me get this straight?" asked my bemused agent. "You want me to find you a football job?"
I sighed. "How many times do I have to say yes?"
"But you have no knowledge of actually being in the football world?"
"Just find me a job will you?"
"Fine. See you later James."

I'd just resigned from the late late show. I was bored and uninterested. I had talked it over with my wife, friends, family. They said do what makes you happy. And you know what? I want to manage a football team. Ideally, I'd manage West Ham, but I'd take what I am given at this point. I do wonder about what I could do. Who really knows? At this point, I'd manage anyone.

C.V.
Name: James Corden
D.O.B: August 22 1978
Previous Football Experience: I sang a song with Dizzy Rascal.
Why would I be a good football manager: I'm charismatic and good at leading a team.
Why should we pick you over others: I'm a funny guy.

I had got my agent to send that to people. Maybe I'd get a job? Who knows.
Login to Quote

I was on the phone with my agent again. He's actually got me a job? I'd heard rumours regarding the relegated clubs of the premier league. But he couldn't have resigned? Right? 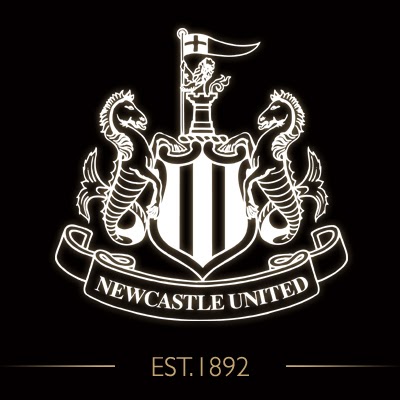 James Corden has taken over the recently vacated Newcastle United managers job, following the resignation of Rafael Benitez. In a shock move, the club offered the English comedian, actor and tv show host a 1 year deal. Rafael Benitez had been in charge of the club up until yesterday, when he resigned following the clubs relegation to the championship.

"I'm very happy to be at the club." said West Ham United fan Corden. "It gives me a chance to prove myself in the football world at a high level, and I can't wait to get the club back to the premier league." Corden's fellow comedians and tv show hosts Ant and Dec backed Corden to be a success at the helm.

"He has a real passion for the job." said Ant when asked what he thought of his beloved Newcastle appointing an inexperienced manager. His partner Dec agreed saying "I agree. He shall bring a new dynamic to the team"

Footballing pundits don't quite agree though, with Alan Shearer remarking that "the club are heading backwards, and will be lucky to do well with Corden in charge", while Gary Lineker saying that "They went from a champions league winner to an actor? Goodbye title hopes."

Benitez himself has apologised to the Newcastle faithful. He said that "I just can't see myself dragging my career into the gutter for Newcastle. I apologise to all involved with the club, but I need my career to remain at the top level."

Will Corden succeed in the job? Only time will tell.
Login to Quote

Arouna Kone has joined Newcastle United for a fee of £425 k. He leaves Everton after being transfer listed by new manager Ronald Koeman. When asked about joining Newcastle he stated "I'm very happy that a club want me, especially one like Newcastle. I hope that I can lead this club to the premier league once again."

Corden defended his strikers fitness record stating that "I have no worries about him and his fitness. Arouna has the ability to score goals and that is what we will need to get us back up. I predict big things for him."

Big things did happen though, as Arouna Kone instantly found himself out for 2 months. With Mohammad Diame and Jonjo Shelvey already injured for a similar period, this is probably not what James Corden wanted right now.
Login to Quote

Yoan Gouffran said he was sad to leave as he was sold to Rennes for a fee of £2 million. He said "Newcastle has been a home for some time now and it is sad to leave. The manager said that he just didn't have a place for me anymore and that I am unfortunatly for sale."

Corden said that "Due to wanting to sign one specific player and the signing of Arouna we had to get rid of a player. Unfortunately it is Yoan. I wish him the best of luck at Rennes."

Gouffran departs having played 89 games for the magpies, scoring 11 goals over 4 seasons.
Login to Quote

Diafra Sakho cannot keep saying no and has finally agreed to join Newcastle United. He had been transfer listed by Hammer's boss Slaven Bilic, which made Hammer's fan Corden happy to make a move. Sakho originally rejected a loan move to St James Park, but couldn't eventually reject a move that cost £8.5 million, potentially rising to £11 million.

"The way I see it," said Corden "is that Sakho is going to be good in the Premier League, never mind just the Championship. This is good investment for the future."
Login to Quote