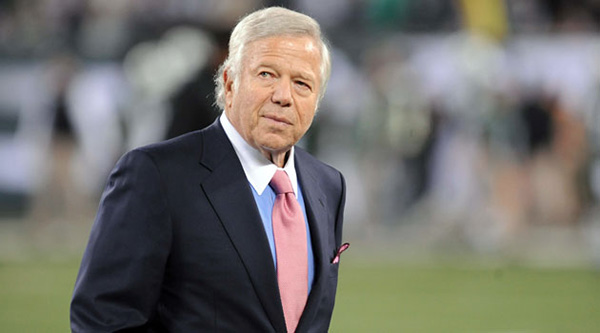 Robert Kraft has today said that he is still interested in trying to buy a Premier League football team. The owner of NFL team New England Patriots and MLS team New England Revolution failed in an attempt to buy Liverpool in 2005, losing a bidding war to Tom Hicks and George Gillett. "I want to be able to win at whatever I try to do. I'm now 76, so I'm getting on, but I'd love to still have the chance to live through even more success."

Kraft, however, was reserved when asked how serious his interest was; "Well yes I am very interested, but I'm not sure how achievable my goals would be. You look at some of the money coming into the sport, like with Paris Saint-Germain in France, and you just think 'how can this all be fair?'. I think that not having a salary cap style system definitely puts me off trying to make a move."

The tycoon was also quizzed on what sort of team he might be interested in buying, and although reporters threw names such as Newcastle United and Leeds United at him, Kraft refused to be drawn into speculation. Kraft is no stranger to running a football team, with his MLS side New England Revolution having reached the MLS championship game 5 times out of 21 since the league's inception in 1996.
Login to Quote

Interesting start, I'll be interested to see who he plumbs for.
Login to Quote

You are reading "A New England?".