DrewWorsley
5 years
Cambridge United
Founded : 1912
After gaining promotion to League Two in The 2013/14 season Cambridge have made themselves a solid League Two team with the media predicting Cambridge to finish 5th. This also matches the Board Expectation of reaching the playoffs.
Key Player and Capitan: Leon Legge 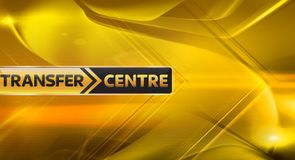 mgriffin2012
5 years
Hopefully you can make Cambridge United similar to the university; one of the best!
Login to Quote

Jason White
3 years
In everyday life, we are faced with the fact, that there is not enough time for joyful moments, because we spend a lot of time on routine tasks. Use https://skillroads.com to find out how to write a profitable resume from scratch. We work 24 hours a day for you.
Login to Quote

Emma09
5 months
A professional resume may be a good chance to start your perfect career. It is important to follow the correct layout, design, and structure to succeed. Writers from professional resume writing service https://resumeperk.com/ are ready to help.
Login to Quote