The Story Of An Unknown Manager Taking On The Big Guys

My name is Paul Davies I know that none of you will have heard of me I am a 30 year old nobody from a sleepy little town in Gloucestershire. My experience of football exists of playing non league local football occassionally managing them if the gaffer is working and can't get a Saturday off.

I applied for the job at Everton FC as joke to show my friends the E-mail I never in a million years expected a reply offering me an Interview. I had stated on my application that I once took Crawley Town to the Premier League on Football Manager 2010 and Won the FA cup twice with them also. 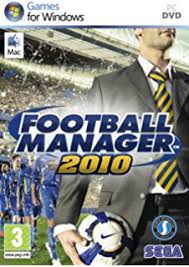 Anyway I arrived for the interview in my banged up 17 year old Renault Scenic, I hadnt even taken the Frozen car seat out of the back seat. I did however nip it through the car wash on the way. I was greeted at the gate by a charming young lady called Marie, who showed me the way through the executive suites, I still thought my mates had played an elaborate trick on me as my birthday is next month. 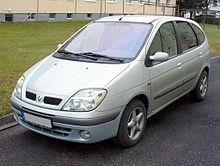 I sat on the most uncomfortable chair i had even had the displeasure of using waiting fo rmy name to be called through. I was wearing my Marks and Spencer suit, not that I am a flashy guy but it was the suit I had in wardrobe from my Nans funeral a couple of years ago when I hear my name called.

i entered through the doors and to my surprise Bill Kenwright was sat behind the most humungous desk I had ever seen. 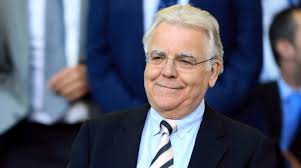 Kenwright said " Well Mr Davies as Mr Koeman has left we have vacancy Sam Allardyce wont answer his phone, David Moyes wont be a welcome option I am going to offer you this chance to manage the team, would you accept ?"

Obviously I said Yes thinking wow even if I am shit im gonna be able to provide for family for life of a good 3 months wages here.

So now Here I am sat as the New manager of Everton FC, and I will keep you updated with how I get on. 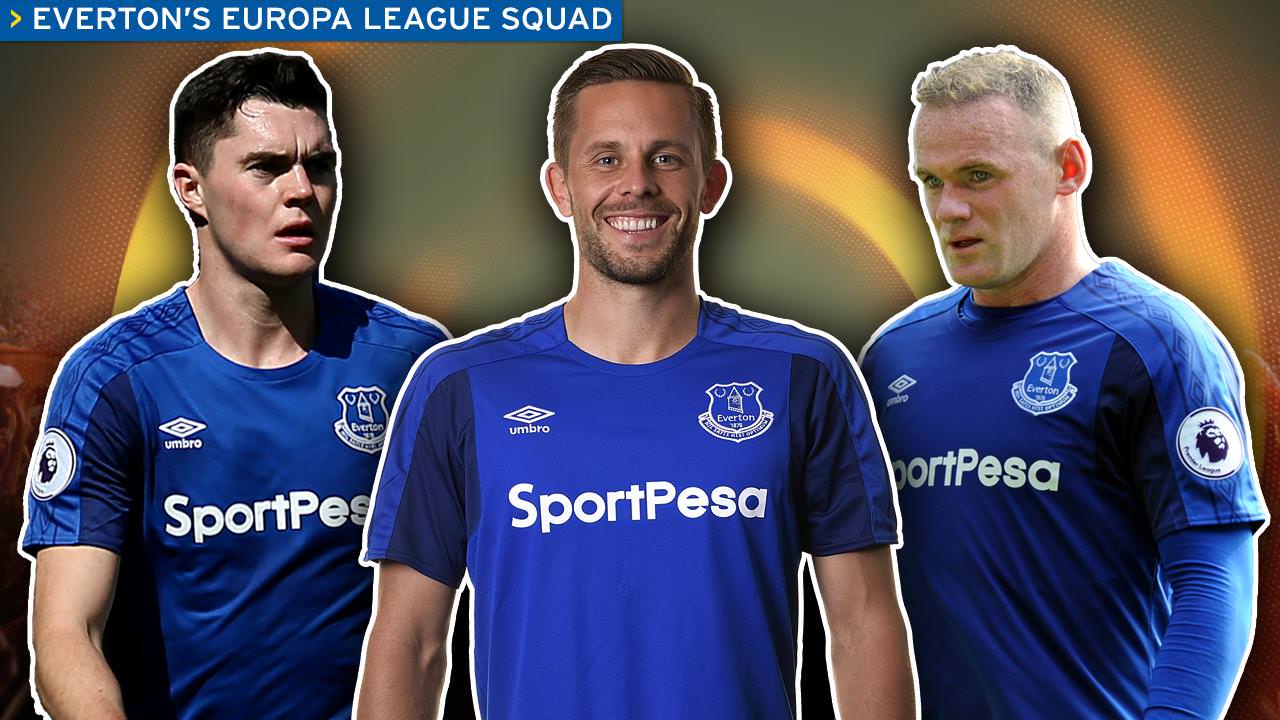 So until next time

I have had a meeting with the Board and the players and I can honestly say that no one is truly impressed with Mr Kenwright's decision to employ me as the manager 2 player in particular were keen to express that they wish that someone else has been offered the role, I wont mention names at this moment in time unless they actually cause any problems because to be fair I think they have a pretty good point.

After chatting with the players I felt that it was only right to allow my assistant Duncan Ferguson to take the training as he has played the game at the top level for this club no less as I believe they could learn from him. 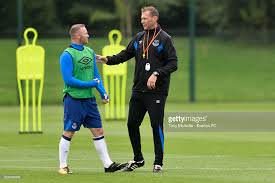 I had a look at the squad and felt that we needed a new left back and a new striker Sandro looks like he could be something special but isnt quite ready to take it onto the pitch and lead the line for us this season, so I have brought in a striker costing an hefty £26 million, I watched him a lot last season as his previous team made the Europe Final against Man Utd and he was their main focal point. 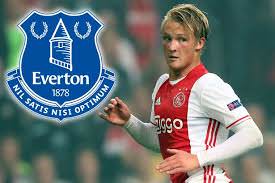 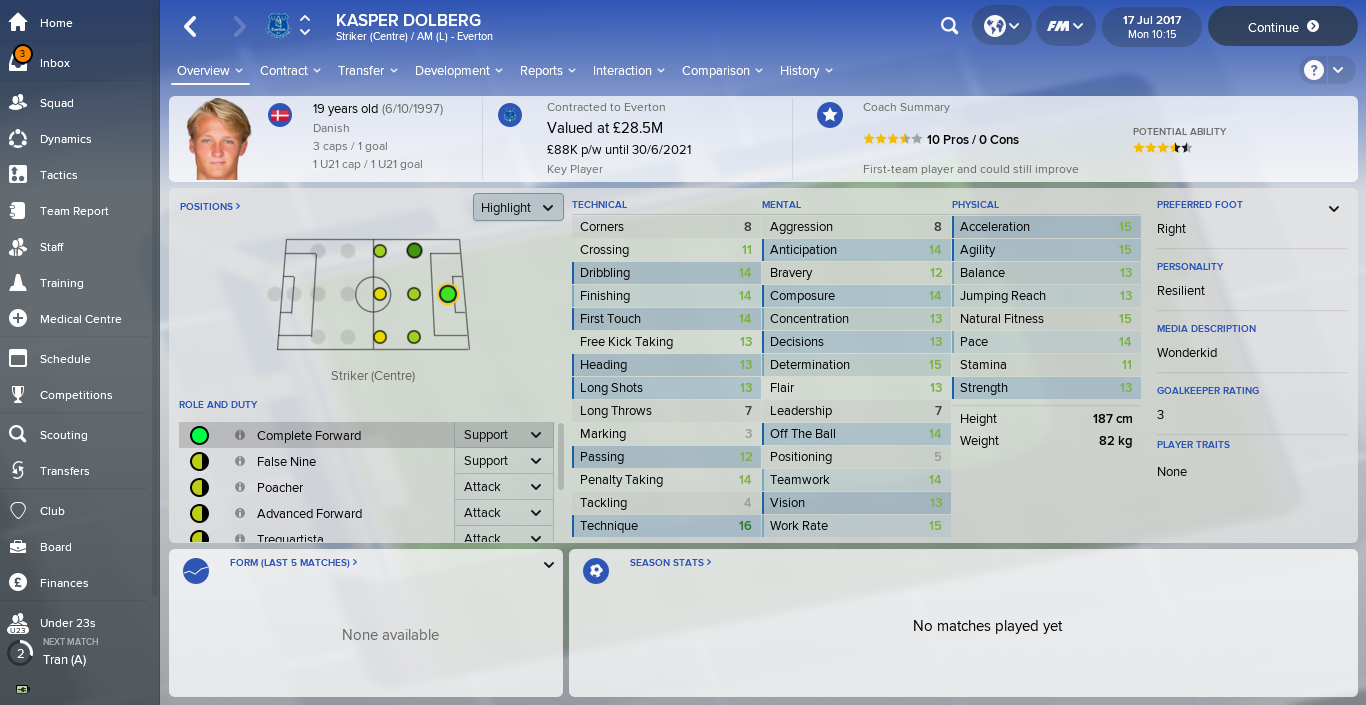 The Player I have brought in is Kaspar Dolberg, he scored 16 goals in 29 games last season. He is 6ft 2 and relatively quick with an eye for goal. £88,000 a week is the wage that we have given and we hope that he can be a huge success for many years to come. 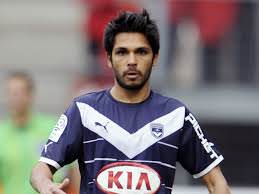 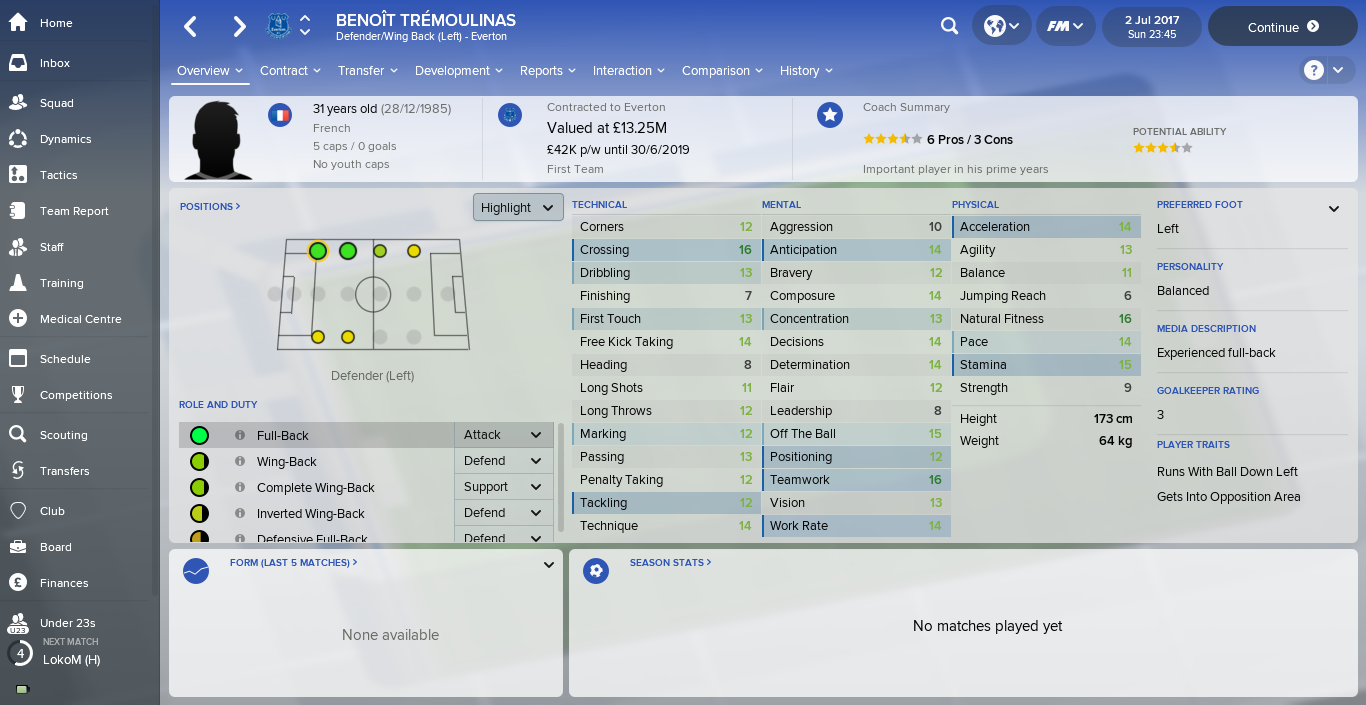 Second person that we have signed is a french International left back who found himself without a club after leaving Sevilla last season. This leftback is Benoit Tremoulinas, he is a smart intelligent full back who has a very good cross on him he has experienced top flight spanish football against the likes of Ronaldo and Messi and came out with a good reputation of doing well against them. 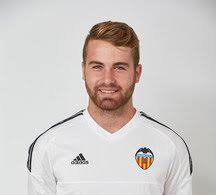 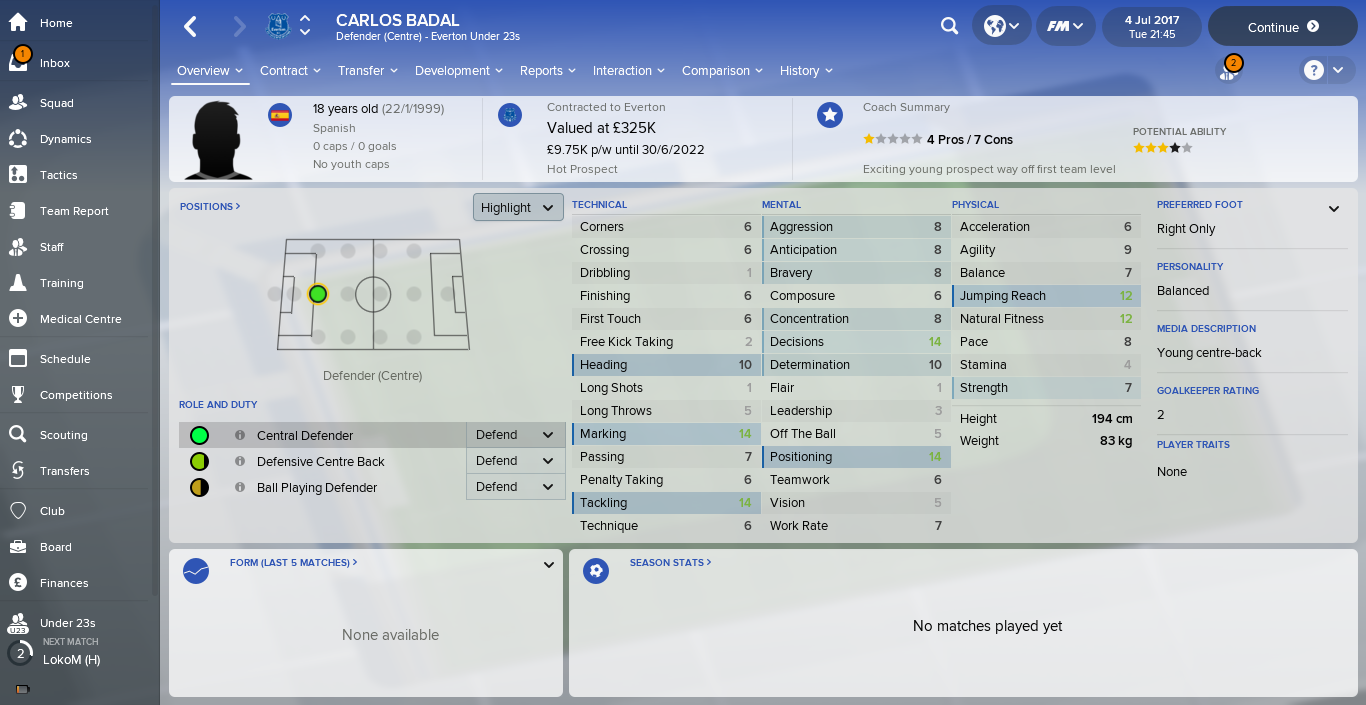 The third signing we have made is a young spanish center back Carlos Badal, althouygh Carlos has never played a professional game i personally witnessed how impressive i think he is in a under 18's game last season whilst i was on holiday in Spain, i firmly beleive he has the potential to be a full international and potential club captain here at Everton in years to come.

Until Next Time
Paul
Login to Quote

You are reading "Everton FC- A Different Direction".